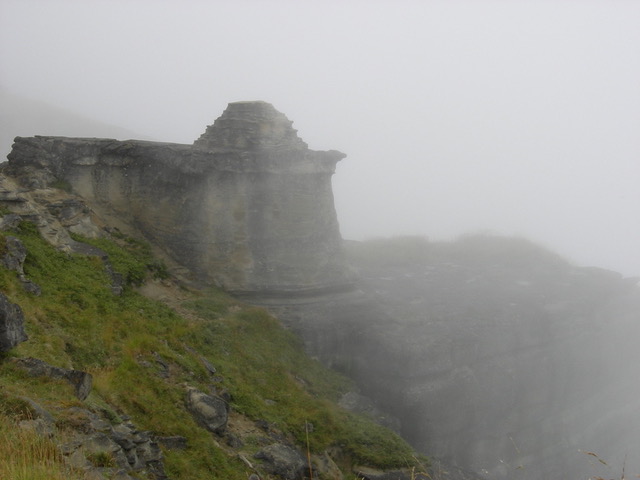 Four of us met up at Park Island and headed off to Tutira. Turning off at the store, we noticed that there appeared to be a heavy mist enveloping the ranges.

After parking the car, we headed off into the bush towards Bell Rock. It was a good temperature for tramping and we had a pleasant walk through the trees, stopping to enjoy some of the larger specimens and the calls of various birds including at least one shining cuckoo.

We reached Bell Rock in about an hour and a half and stopped for a morning snack. Due to the mist, we were unable to see the usually lovely views. It was still early, and we decided to carry on to Taraponui. There was no obvious track and the long grass was very wet. 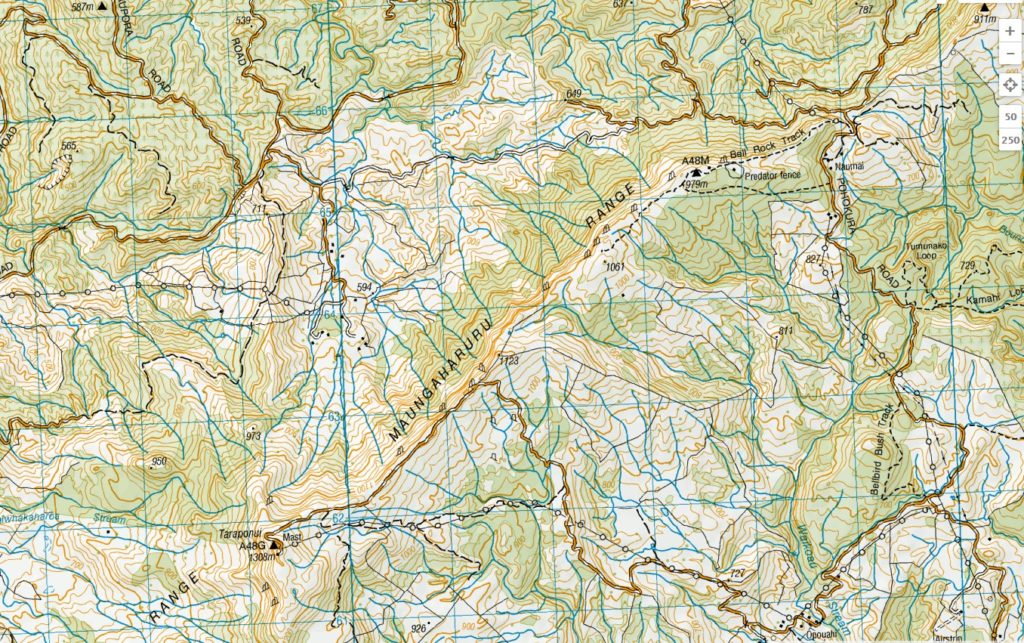 Map of several tracks in this area

After picking our way along the tops, we managed to find the road to the transmitter – which made the going much easier. We were surprised to find a gate with no less than 15 padlocks on it and wondered whether, instead of a chain holding the gate shut, the padlocks were acting as a chain.

At Taraponui, the mist cleared and we were able to have lunch while taking in the spectacular views. After a decent break, we headed back along the same route to the car.

A year in the life of a GuideOn June 3, Graham Leech gave a presentation at the club meeting … END_OF_DOCUMENT_TOKEN_TO_BE_REPLACED

AGM, 20 May 2021 At the AGM the following committee was elected (see also the 'Contacts' Page on … END_OF_DOCUMENT_TOKEN_TO_BE_REPLACED

A year in the life of a GuideOn June 3, Graham Leech gave a presentation at the club meeting … END_OF_DOCUMENT_TOKEN_TO_BE_REPLACED

AGM, 20 May 2021 At the AGM the following committee was elected (see also the 'Contacts' Page on … END_OF_DOCUMENT_TOKEN_TO_BE_REPLACED