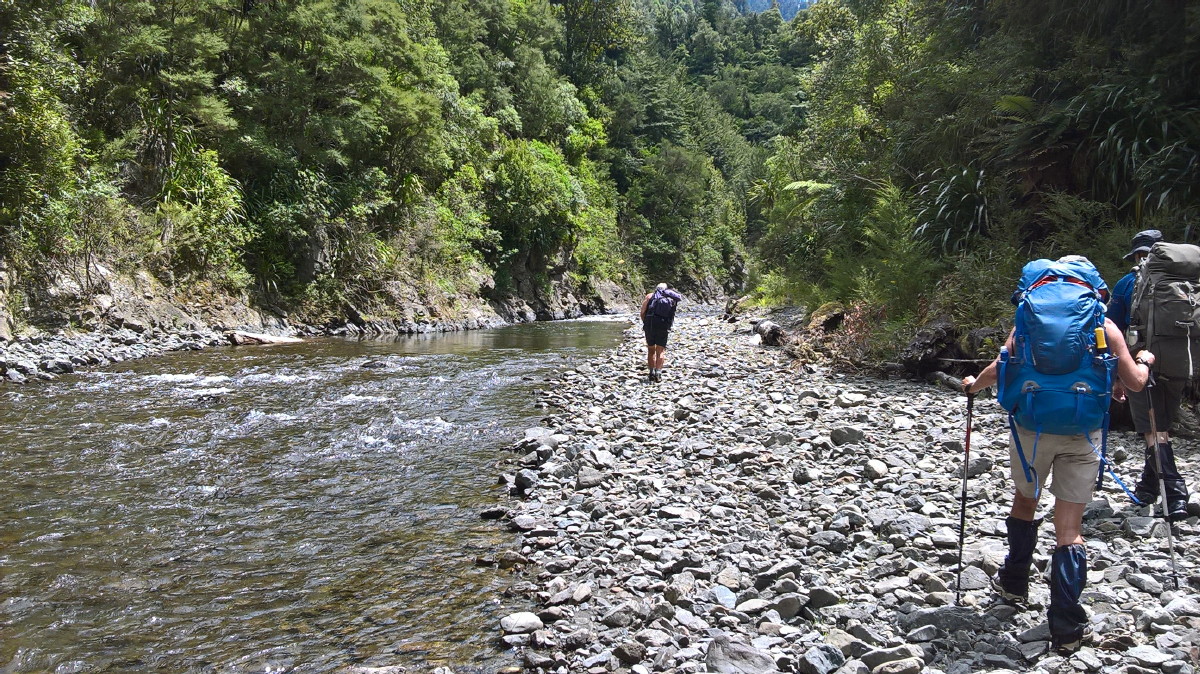 Ted organised this trip with his mate Robin Adams so that we had access through the forestry block to Joan Wiffin’s bach. She was the famous New Zealand paleontologist. 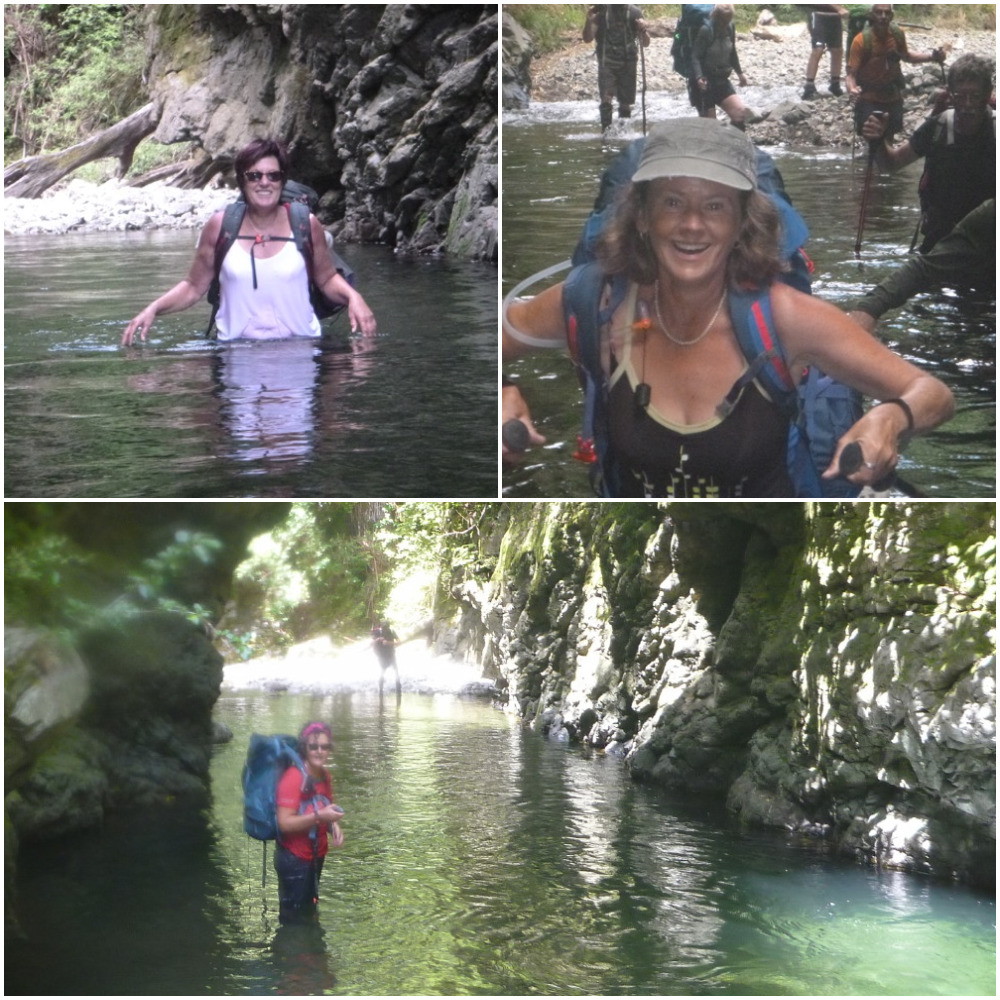 A highlight of the tramp was the gorge

Following an old geological map indicating reptilian bones in the Te Hoe Valley, she found the tail bone of a theropod dinosaur in the Maungahouanga Valley in northern Hawke’s Bay in 1975.

Joan was the author and co-author of more than a dozen scientific papers and wrote of her achievements in Valley of the Dragons. She died in 2008.

Simon Hall is chairman of a company that makes fruit peel, muesli bars and Christmas cake cherries and is the owner of this 12,000ha bush block. Yes, he says, he could have bought a luxury home. Instead, he’s poured more than $10 million into a private wilderness. 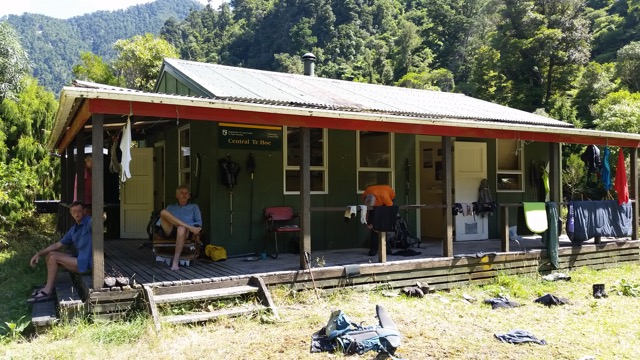 Plenty of time to relax and swim

Kiwi nest-egg recovery and blue duck monitoring projects are in place. He hopes to control wilding pines enough to let the native forest regenerate. It’s locked to public access but, says Simon: “We are fortunate to have the resources to do a lot more ecological work than on the surrounding Department of Conservation land.”

He welcomes the palaeontologists. “It’s another thing that just makes that forest more interesting.”

Robin Adams escorted the party on the forestry roads and through the locked gates. Thirteen of us had booked onto this overnighter. That’s quite a good number.

The weather was lovely and most of the time there was cloud cover so that we didn’t get too hot. Any time we did, we just jumped into the river. It had plenty of large pools. 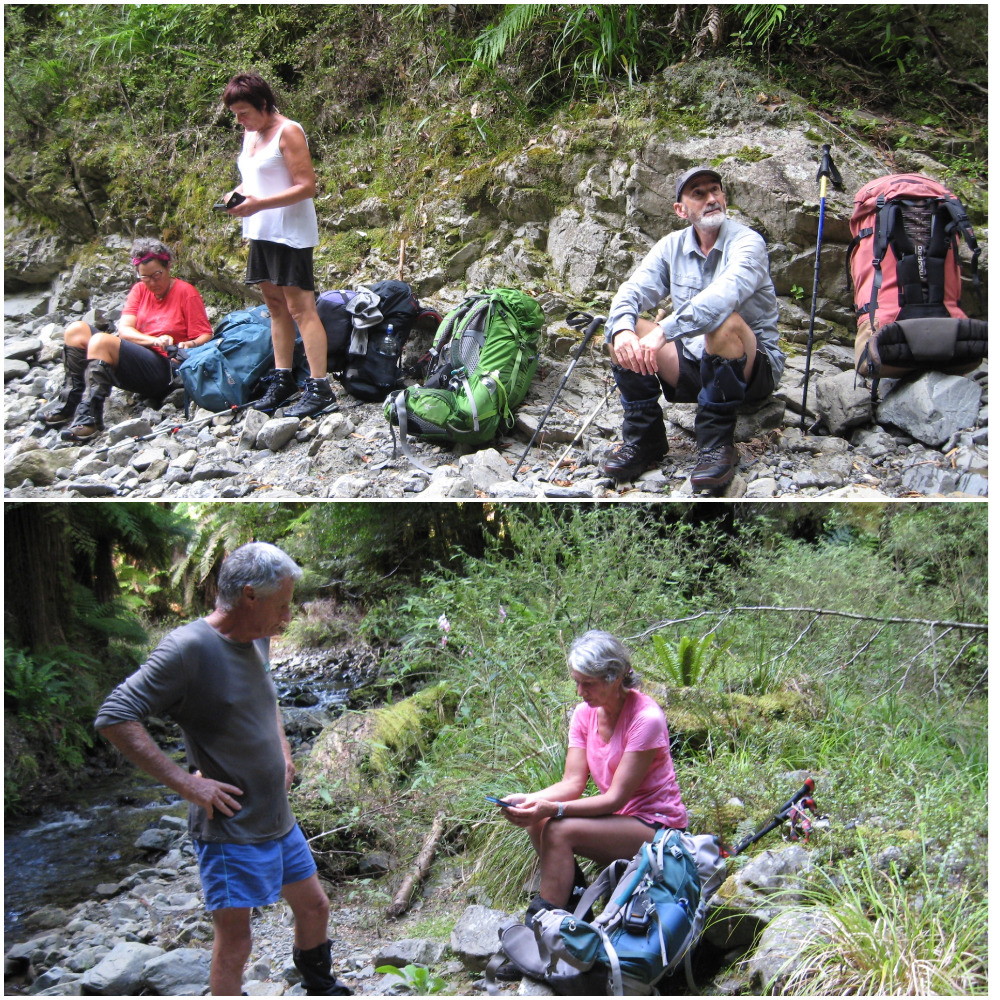 ihike gpsnz is a useful tool when tramping in NZ

It’s about a three-hour journey up the Te Hoe River to Central Te Hoe Hut. The river levels were a little higher than normal, with plenty of flow which made the walking poles twang, and plenty of rock-hopping, clambering and scrabbling. Ongaonga on the riverbank proved to be a magnet for some. Poor Fiona fell into one bush of ongaonga and was stingy, itchy and numb for the rest of the trip. She said Nicky’s anti-histamines helped alleviate some of the effects.

The gorge was exciting, as we had to wade up to chest height. Keeping our packs dry wasn’t easy and some got their gear wet. Luckily there was no strong current in the gorge so it was very doable.

We eventually got to the hut, walking in two parties. The sun was shining by then and it made the inside of the hut a bit stuffy, so most slept outside. Nicky and Warwick pitched their tent. 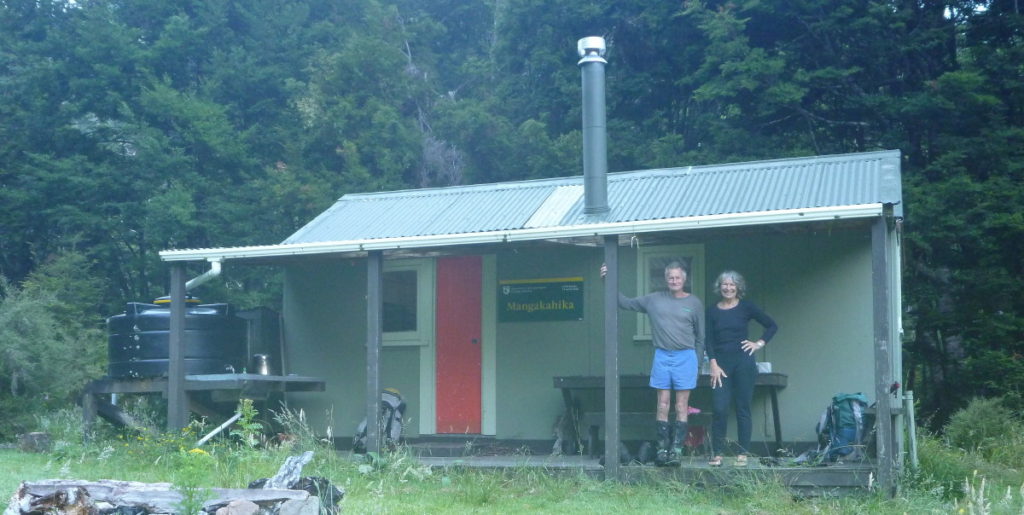 Les and Julia went on to Mangakahika Hut, another three hours through spectacular Whirinaki native bush. Some windfall on the saddle remains, but was easily negotiated over, around or through.

All in all, a great trip with challenges for everyone, as we made many river crossings and some of the rocks were very slippery, so there were a few tumbles. 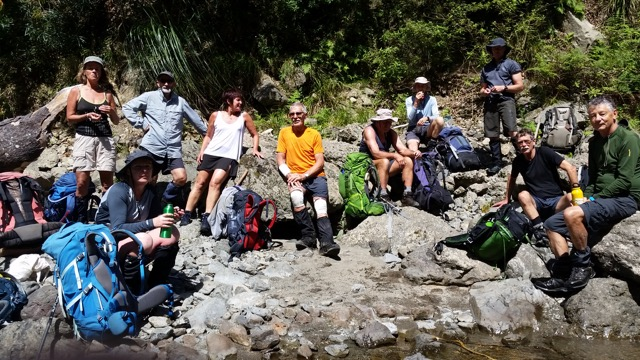 Most of the group, except Hilary (taking photo), Les and Julia.

By 2pm on the Sunday, we were out of the bush and back at the cars with a good two-hour journey back to Napier.