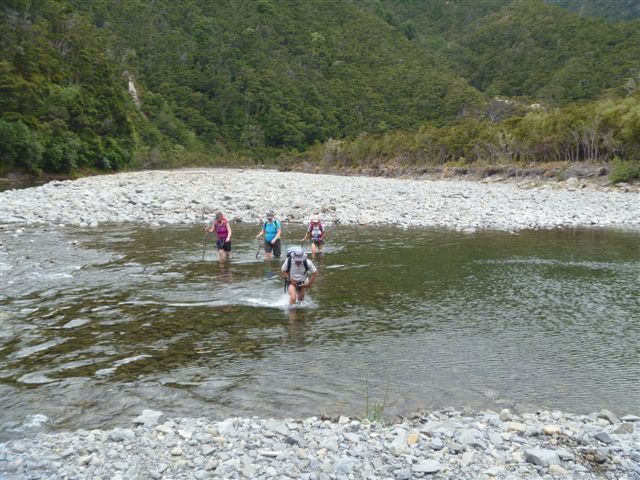 Only five people were on the trip, so we all went in Murray Goss’s car.

We headed down the track past the water gauge. At the first river crossing, there was plenty of gravel on the bottom; the water was clear, and not too deep or cold. The sky was overcast and remained so for the whole trip.

The first crossing leads directly to the first track beside the river and that was how we went, partly along the edges on the rocks and shingle, crossing when necessary and when we could find a track on the river bank, we would use it. Generally speaking, the river tracks were better closer to the water gauge because of more frequent use. Several times, the water was quite deep to cross.

We arrived at Cameron Hut after noon. There was a group of fishermen nearby; they had flown in by helicopter. 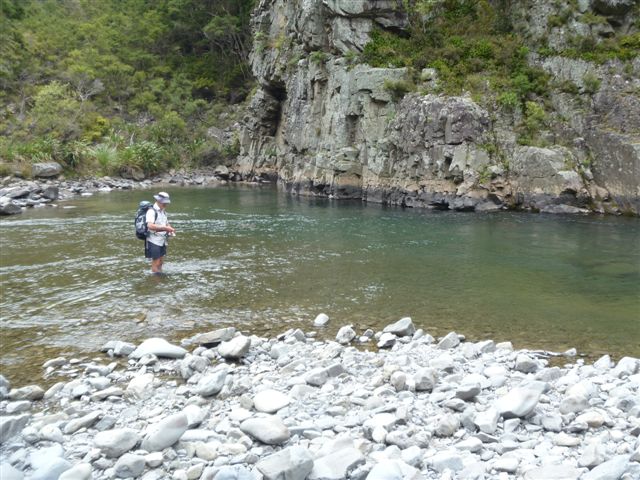 Sorry Murray, the fish are not biting your line today

While having lunch, we could hear the fishermen cheering. Obviously, they’d got one. On the way back, Murray Goss had a go without success. Further downstream, we met two more anglers coming up the river, including at least one Scotsman. They had done a little track pruning on the way upriver, judging by the cut branches we saw.

We got back to the car park after 5 pm, having had a successful day.