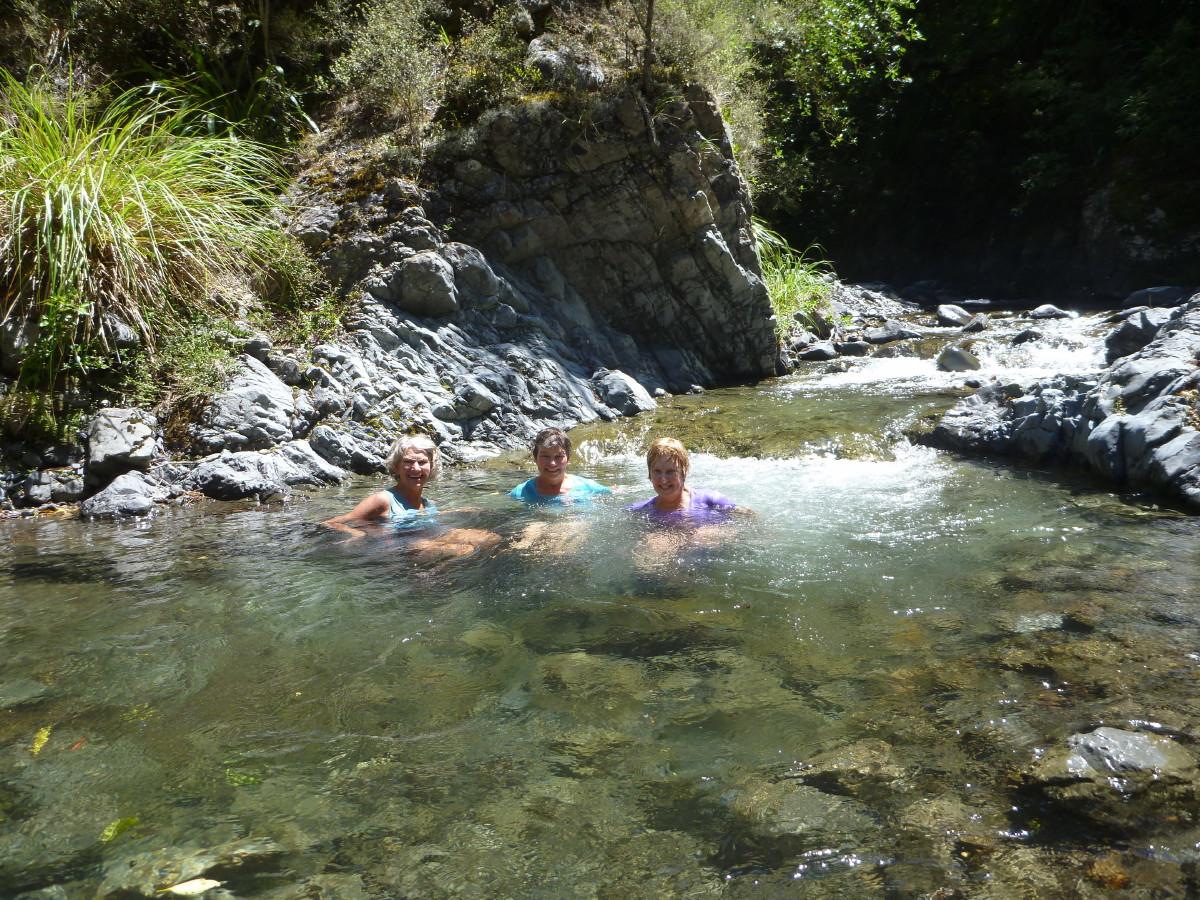 The first tramp for 2016, and into new territory for all of us. Some of the older club members have been to Dead Dog Hut, from the tops off the No Man’s track, but not from the Herricks Hut track. This was many moons ago too.

So we arrived at the shed on the farm at the end of the gravel Thorn Flat road. We had a choice of left or right on farm roads through the farm. In the end, Geoff and I deduced by taking a compass bearing, and checking out the terrain. Left we went. 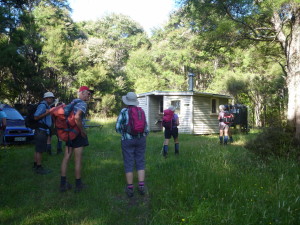 It proved the correct road, and took us to the flat area with a gate that looked promising. Again, a compass bearing (290) and deduction that we had only to go through the gate and Herricks Hut would be 100m.

Herricks Hut looked cosy – small with three bunks and a pot belly. The hut book indicated that DoC had been in to cut the track to Big Hill Stream in December 2015.

So, with Big Hill Stream down below, we climbed up a little way, before descending to the stream. We met Joe, who had just spent five days in the Northern Ruahines, coming out early. Nice to meet you Joe, thanks for your note.

Travel upstream to Dead Dog Hut should take around an hour, but some not used to river walking found it hard. Thus the speedy ones sat outside on the benches waiting for them to arrive. 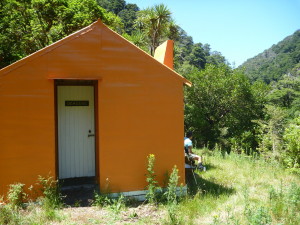 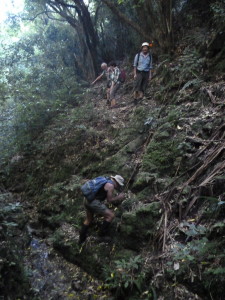 Dead Dog Hut is in a lovely location, and was built in 1959 by the NZ Forest Service. Its unusual name derives from reports that several dogs owned by deer cullers resident in the hut at that time died from distemper. Situated at 500m altitude, the area is relatively sheltered.

We had a quick lunch and then returned downstream. Sue, Juliet and I, along with Bruce promised to have a swim, so we found the ultimate pool with a small waterfall, and waded in. So refreshing on a very warm day. We knew that we had the small climb back up and down to Herricks Hut, but after the cool down it was enjoyable.

We met back up with the group, and relaxed whilst waiting for the rest to catch up. 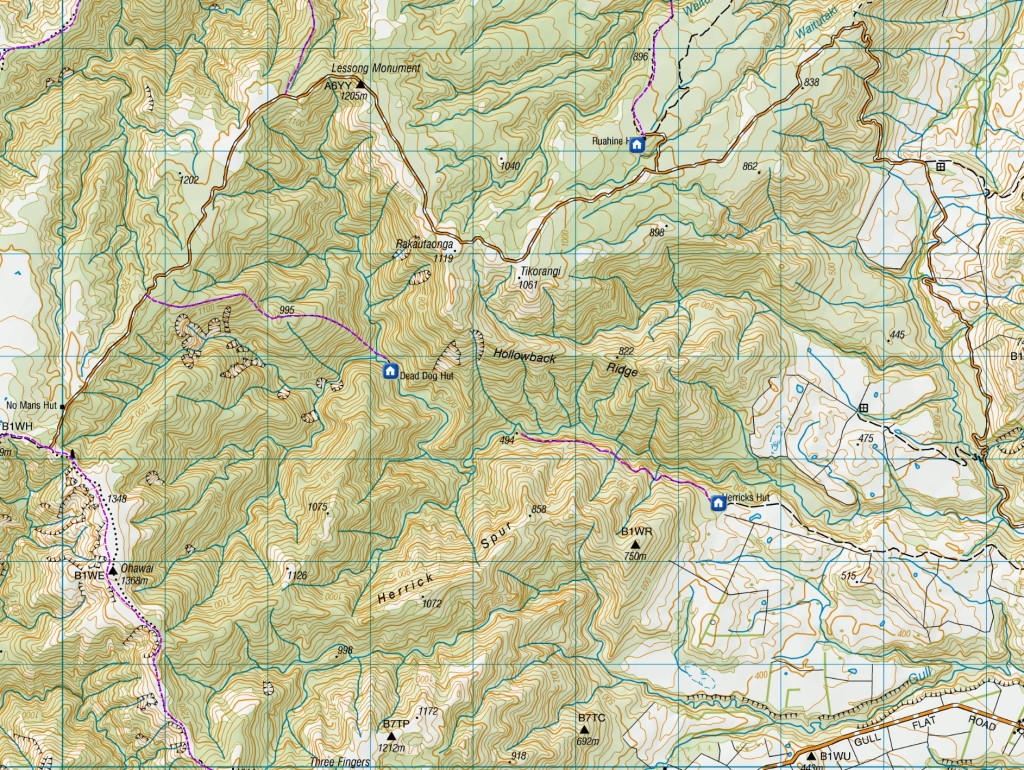 A section from the TopoMap BK37

On this walk, we had the pleasure of Rob and Laima Vork with us. Rob was a member of the NTC, also a long time ago and had been persuaded to come out on this ‘Easy’ walk. We hope you come out again, Rob.