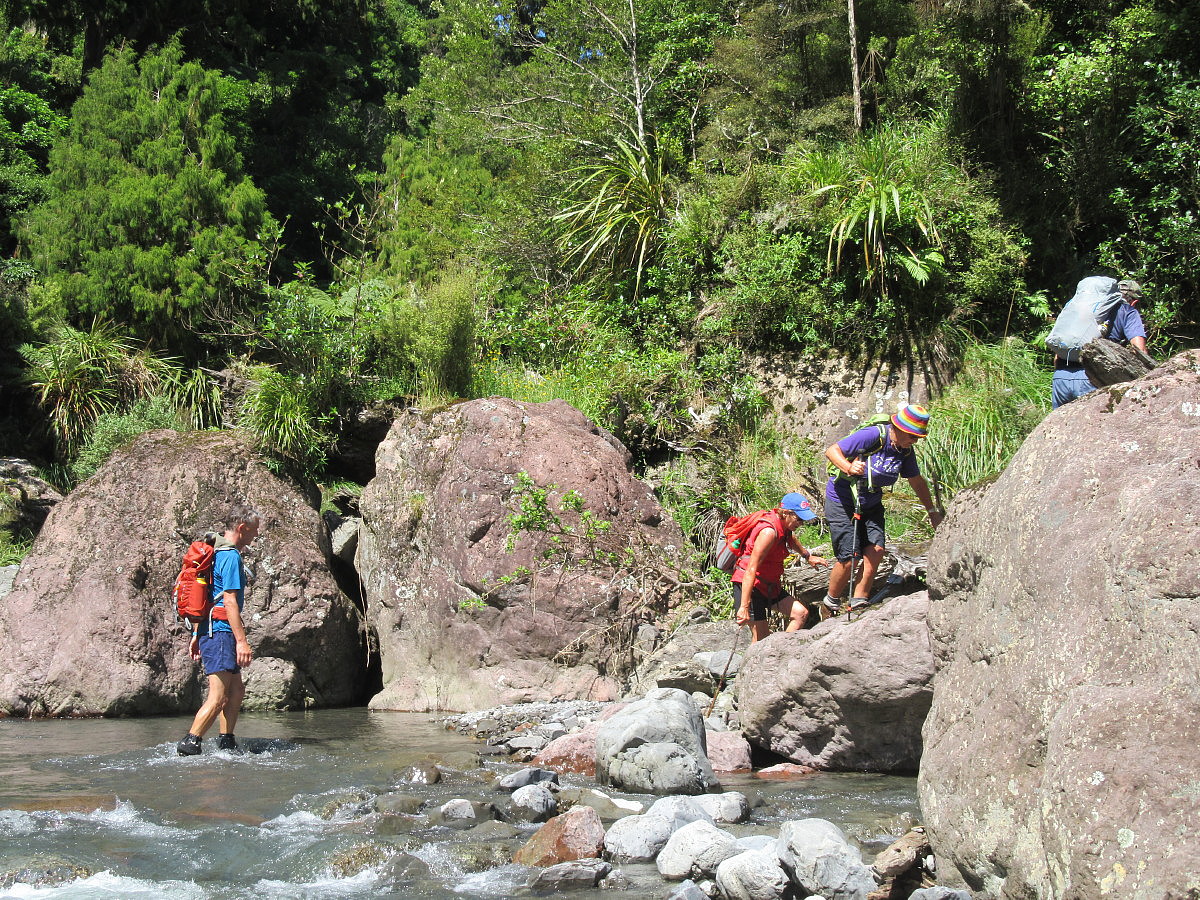 What a beautiful trip this is, and what a beautiful day to tramp the Tukituki River. We started from Taradale and drove to the start of the track, off Mill Road. It’s a pretty good gravel road for the last 8km.

The main party made their way down to the river via the very overgrown track. A few of us went across a slip face and the rest went around the top of it. There was some confusion finding the right path to the river. I think there are several options, but all tracks lead that way – and there’s lots of lupin to contend with. 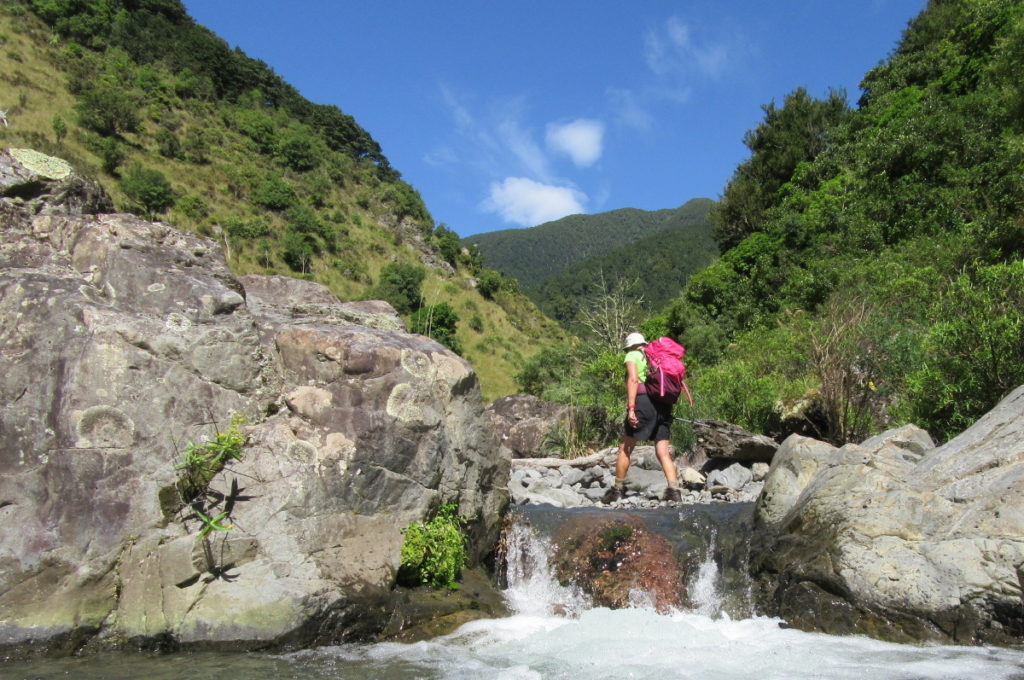 Skirting behind a small waterfall

The river was beautiful and we made our way up it to Daphne Hut. We met a tramping family coming down-river who had spent the night at Daphne Hut. They said they’d had a full house. 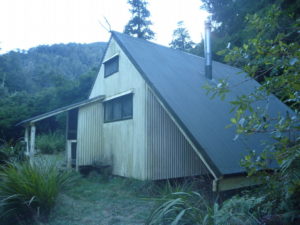 We also had to walk past a stinky deer carcase that was leeching ooze into the river. I don’t think I sipped any water from the river immediately below that point. I hope not.

Once at Daphne, we ate our lunch outside under the shade of a tree. On the way back, many of us took the opportunity to have a swim in an inviting pool. It wasn’t even chilly, just refreshing. 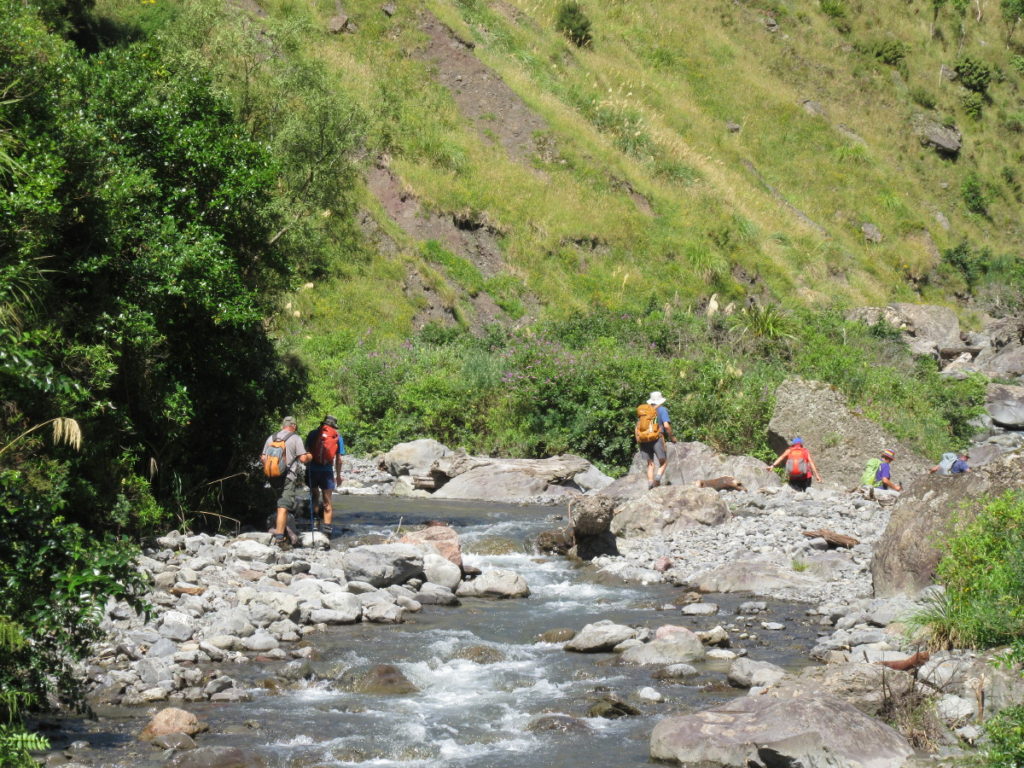 Low river levels made the river trip most enjoyable

The overall hike just follows the riverbed, so lots and lots of rock-hopping and river crossings. 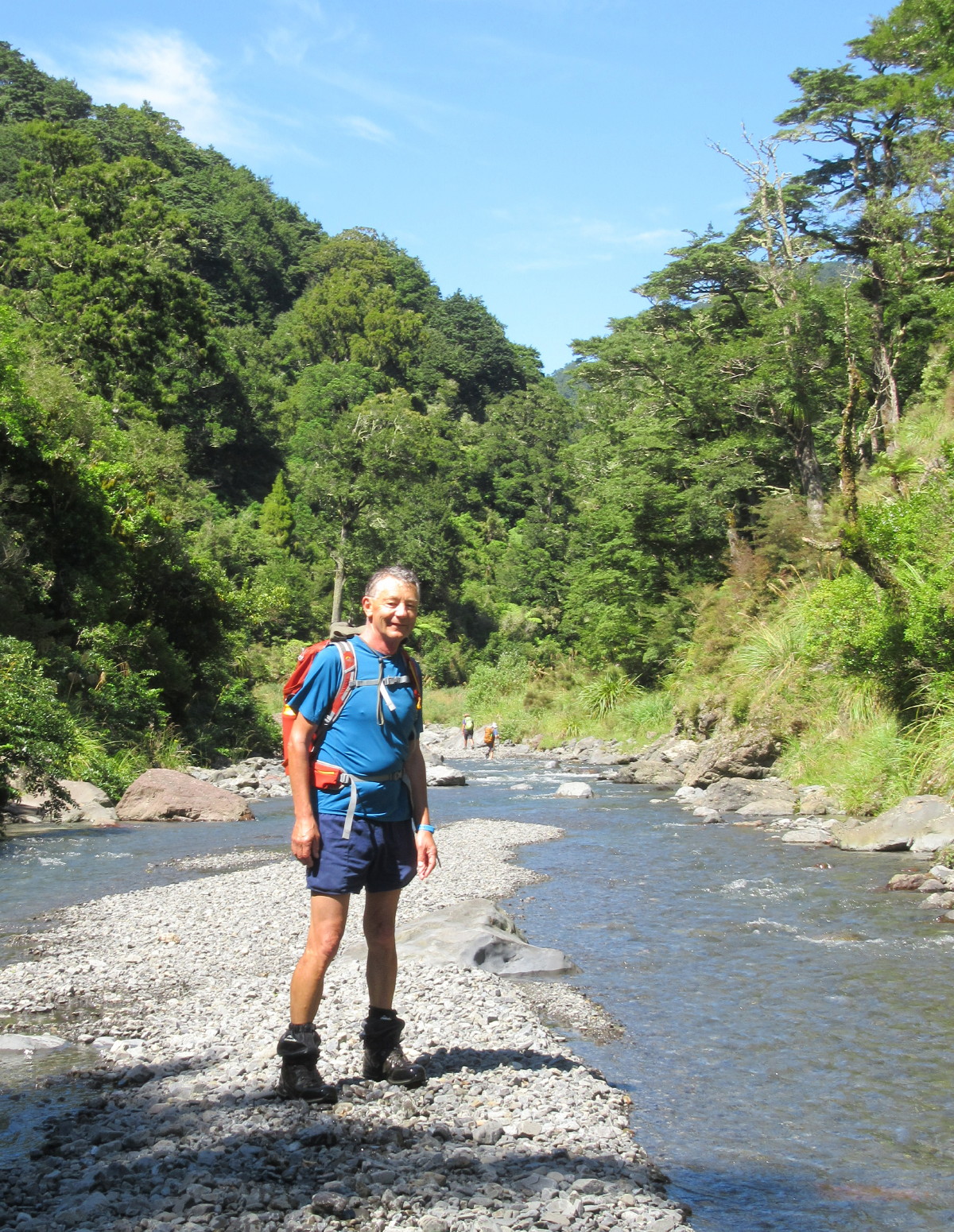 The terrain tested some members’ fitness levels, and there were a number of grazes and blackberry scratches so by the end, some of us were a little bloody.

John, Victor and Peter did their own tramp down to the river. I’m sure they had great swims down there too, but they didn’t share that information.