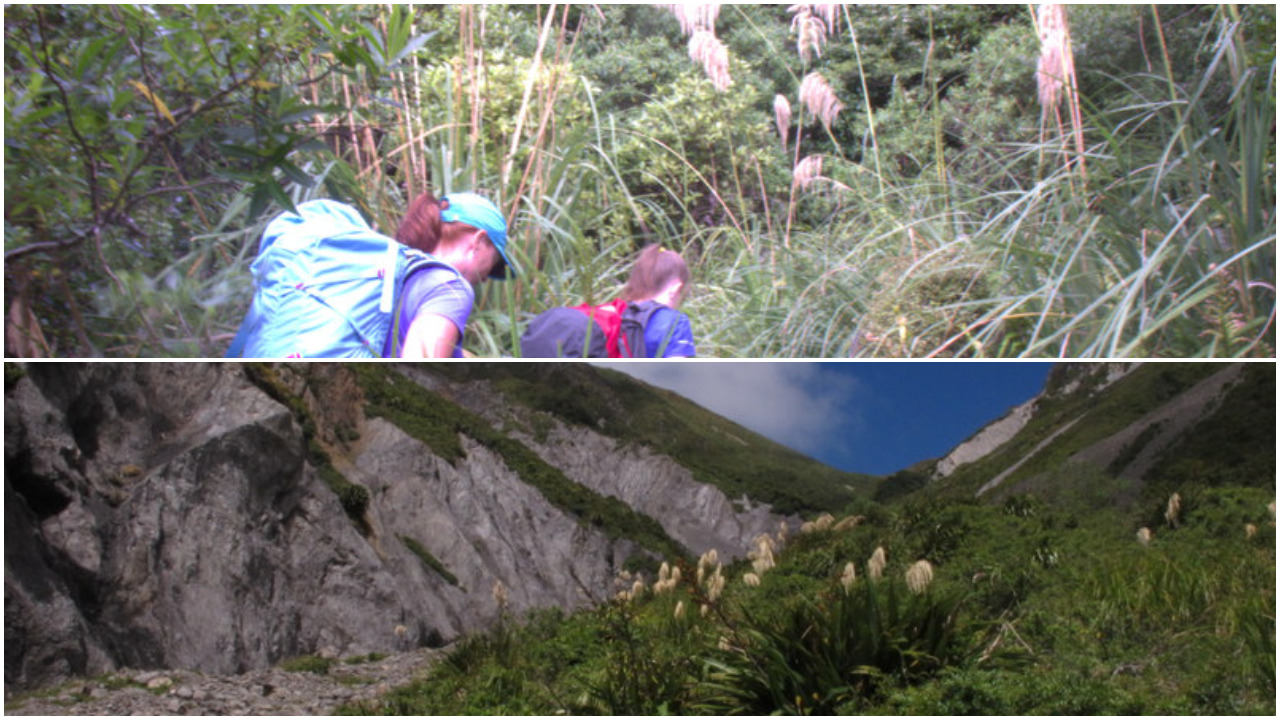 We headed off up the Sunrise track. The group decided that they wanted to go to Waipawa Saddle so at the saddle track junction, we headed down to the Waipawa River. The track up the river is better marked than it used to be. However, it gets steeper as you climb.

The two new people found the river walking hard. We tended to spread out, with a faster group of four at the front. At the top of the shingle (where there is a large orange marker showing where to enter the bush), our two new trampers decided to stop for lunch. The rest of us headed up to the saddle to have ours. 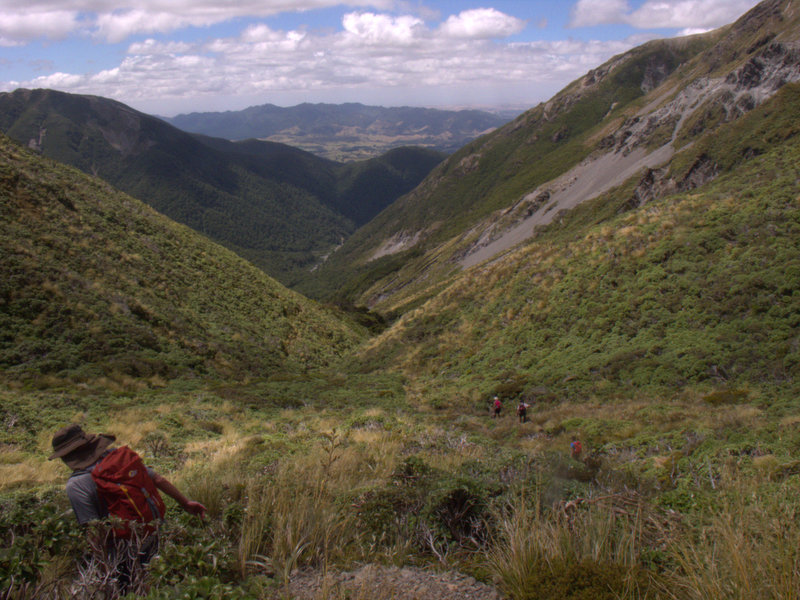 Heading down from Waipawa Saddle

While we were having lunch, a man came down from the 66 track. Apparently, he was in training for the Triple Peaks Challenge. This is one of New Zealand’s most picturesque adventure runs or rides. Held in the sunny Hawke’s Bay, competitors run, walk or bike the 47km across Mt Erin, Mt Kahuranaki and Te Mata Peak. 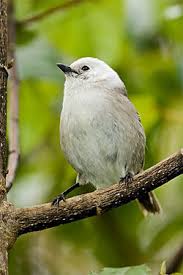 We headed back down to the top of the river shingle where the other two were waiting. Further down, while waiting for the others to catch up, several whiteheads flew over. At the track junction, it was decided that the track was the best option. I think we had all had enough of river walking. So we retraced our tramp back to the Sunrise Track, where we headed back to the car park.

At the van, even though we were late, the group decided a stop at the Tiko was in order. After drinks, coffee and chips, we headed back to Napier, arriving at about 7.30pm.