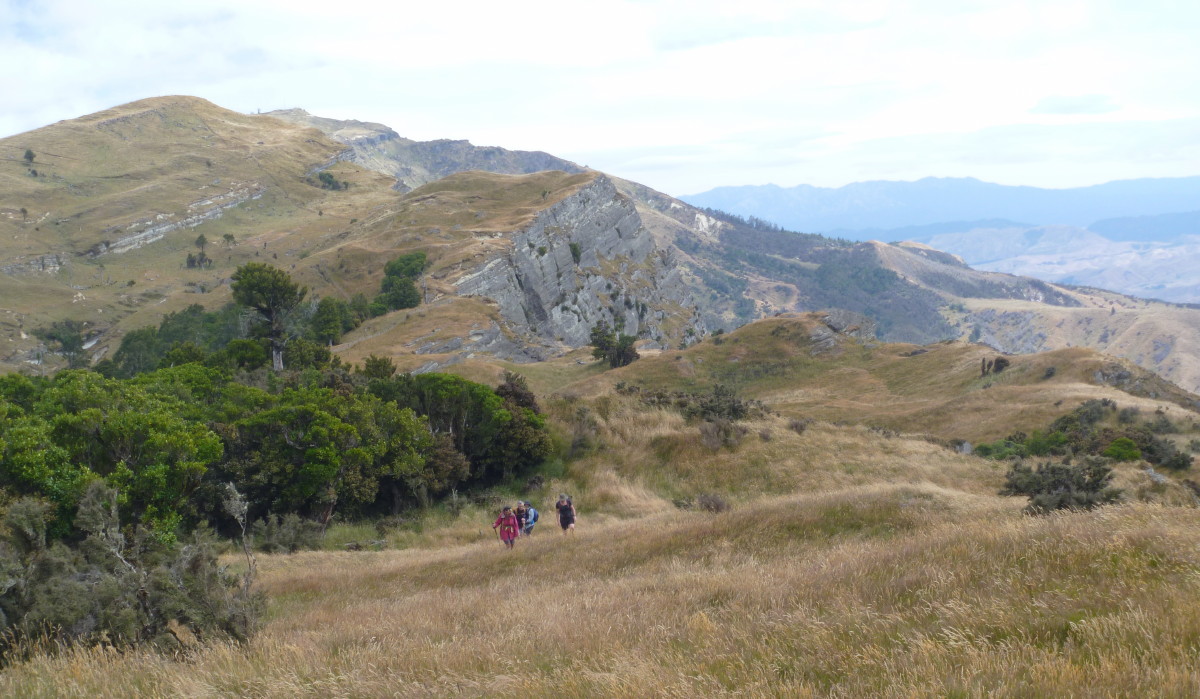 We split into two groups; one set off from Titiokura summit on SH5, while the other drove around to walk up to Galbraith Hut from the farm and return to move the van to Pohukura Road. We had permission from the landowner. 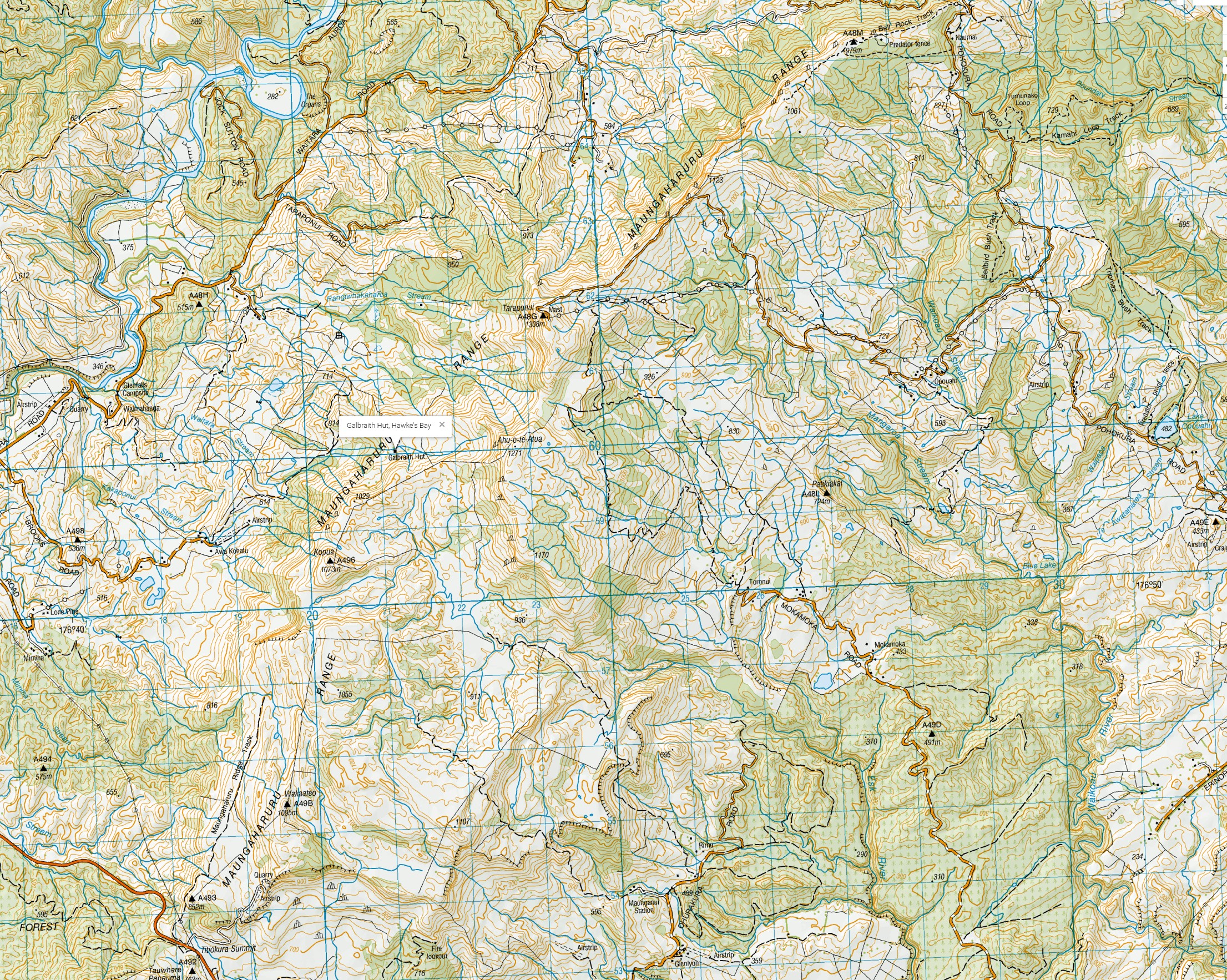 The topomap area of our tramp

From Titiokura we walked up the farm track, and at the quarry site turned left to join up with the farm track that headed along the western side of the range. At end of the track, we turned right and undertook a steep climb to the top of the range, coming out near the radio mast. From here, we could see the high point Kopua and the stream with its small lake in front of Kopua.

We aimed for the right hand end of Kopua where there was a patch of bush. Here we had a break to allow everyone to catch up. Most of us headed up to a small spur behind to pick out the best route through gullies towards Taraponui. Hilary decided to follow the farm track and we met up further on.

Eventually we got to the spur above the basin which looked down towards Galbraith Hut. At this stage, Kelvin decided he would head down to meet the others who had gone to Galbraith. The rest of us sidled around the top of the basin until we came to a spur that leads to Ahuateatua. It was too steep to drop off into the basin immediately so we headed up the spur until we found a suitable point to drop down to a farm track leading to the saddle between Ahuateaua and Taraponui. We had lunch in a hollow there. Then it was off across the saddle, with a sidle to the right to pick up the 4WD track; some of us picked up another track to the end of the transmitter buildings. On top of Taraponui, we enjoyed good views all round – even if we had to contend with strong winds.

Gazing out over the Mohaka River Basin

At Bell Rock, the wind made standing by the edge of the cliff difficult. Markers led to the turn-off to a bush track. DoC had done track maintenance after the big winter storm, so there were no problems here. We met Ted and Paul coming up. They reported meeting up with Kelvin and that they saw us crossing the basins above Galbraith Hut.

We arrived at Pohokura Road just before 3.30pm, so it was a better effort than last time. The weather was strong winds for most of the way with high cloud which kept the temperature down so we did not need as much water as expected.

And we had enough time left to stop for an ice cream at the Tutira Store.