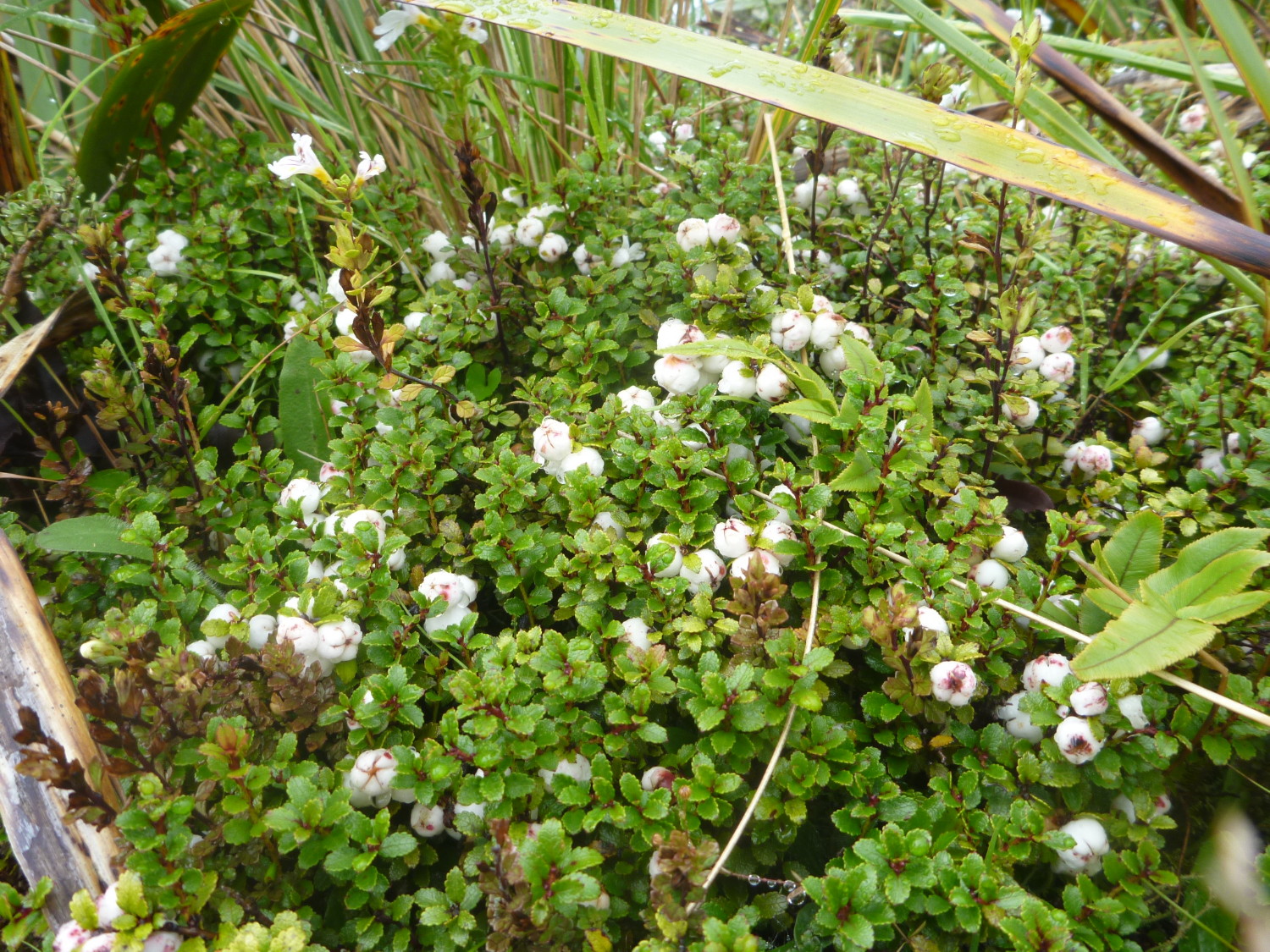 Seventeen club members slowly assembled at EIT and the mini-van, plus one vehicle, departed for Moorcock Saddle before seven o’clock. The weather had been very hot and humid, but possible morning showers, clearing, was the forecast – ideal for a tramp in this area! 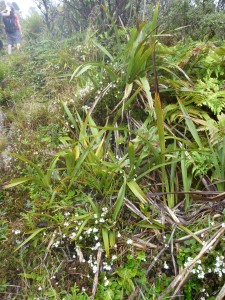 We arrived safely at the Moorcock Saddle car park and by 8.30am we were all sorted and ready to go. Low cloud looked menacing, but at least the day was cooler than past weeks and no hot sun.

Our club ‘Trip List’ described this tramp as easy and our Club Captain mentioned ‘a long day’, in passing at our meeting. Well, it wasn’t too hard, but it was a good long day tramp. 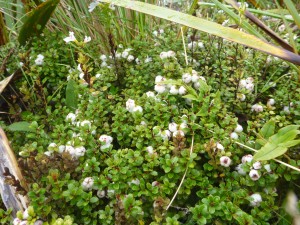 Longview Hut was reached before 11am, admiring and eating the snowberries which were prolific along the way. Some of the group checked out the hut, which is just off the main ridge. Four Swedish hunters were there and just on their way out for the day’s hunt. We continued on along the undulating ridge lined with the eyebrights and gentian flowers, and in places walking through thick leatherwood. The cloud had persisted due to a lack of wind, and therefore we did not get the usual views. An early lunch was taken at the track junction and much appreciated by all. 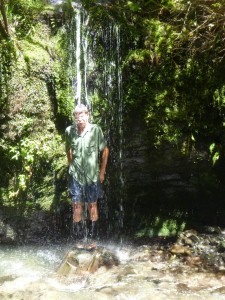 We continued the descent down the track to the Makaretu Hut on the Makaretu Stream, where we had a short break to replenish water bottles and inspect the tidy hut. We were soon on our way downstream, but the water was warm, as we picked our way carefully around and over the larger rocks and fallen trees. A streamside waterfall beckoned and some of us had a good shower underneath; the water was cold. At the junction with the main river and the sign to Happy Daze Hut, we turned upstream and headed slowly for Awatere Hut. Fortunately the stones on this stream were generally smaller, making our progress slightly easier.

We all had a water and snack break, before heading steadily uphill again to get back to the vehicles. We arrived before five, met up with the three who had not done the complete trip and changed into clean, dry clothes again. Good conditions on the road had us back at EIT just before 6.30 pm, where everyone said their farewells and we all headed for home – tired, but well pleased after a good day out.

Aranga Hut On Saturday 14 January the tramp was changed to a loop in the Northern Ruahine Range. … END_OF_DOCUMENT_TOKEN_TO_BE_REPLACED

Aranga Hut On Saturday 14 January the tramp was changed to a loop in the Northern Ruahine Range. … END_OF_DOCUMENT_TOKEN_TO_BE_REPLACED