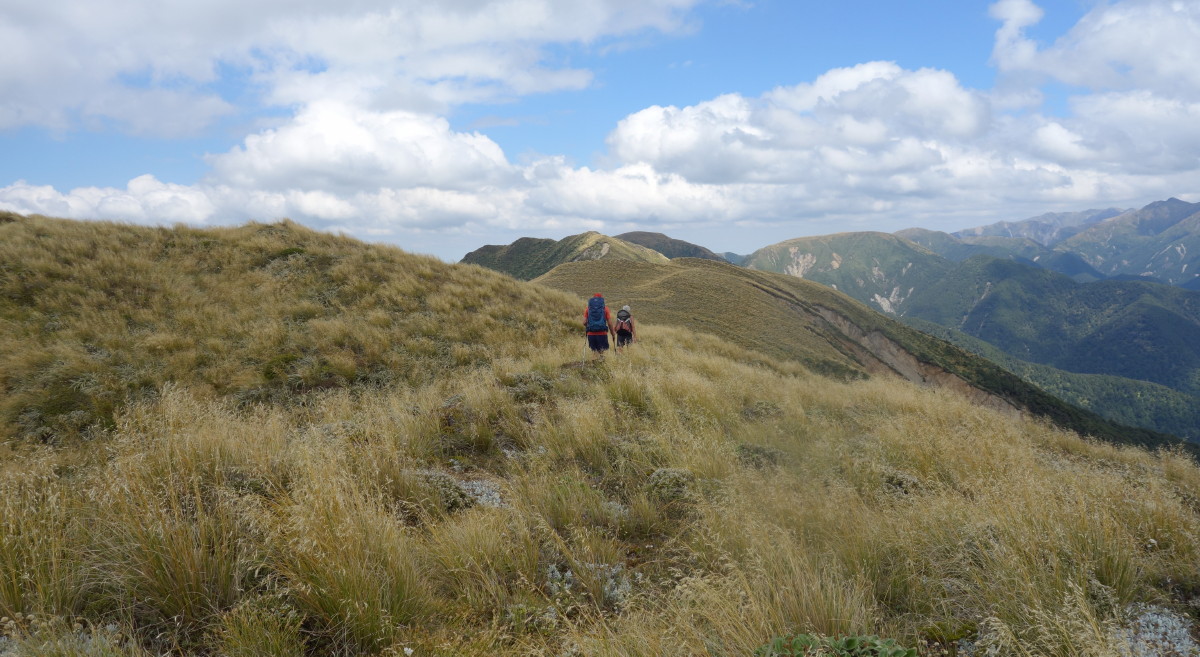 Three of our five-strong team headed off across farmland headed for Sparrowhawk, while the remaining two aimed for Barlow’s. For a change at the bottom of the hill, we three took the farm track down to the Makaroro and headed upriver for several hundred metres before passing Gold Creek.

The river seemed to have more water in it than normal. On several of the crossings, we were aware of the strength of the current against our legs, and the slippery rocks didn’t help.

Going up the Colenso Spur track about 50 metres, we stopped to have a look at the cairn with a small plaque commemorating Colenso’s crossing of the Ruahines. Further up, by the track, there was a good-sized wheta which kept going around in circles.

At about noon, we came out into the open and stopped for a break, a drink and something to eat. Then, climbing up through the tussock, we arrived at the high point at just after 1pm, stopping for another a break to admire the view. The weather was fine, with good visibility and little wind. 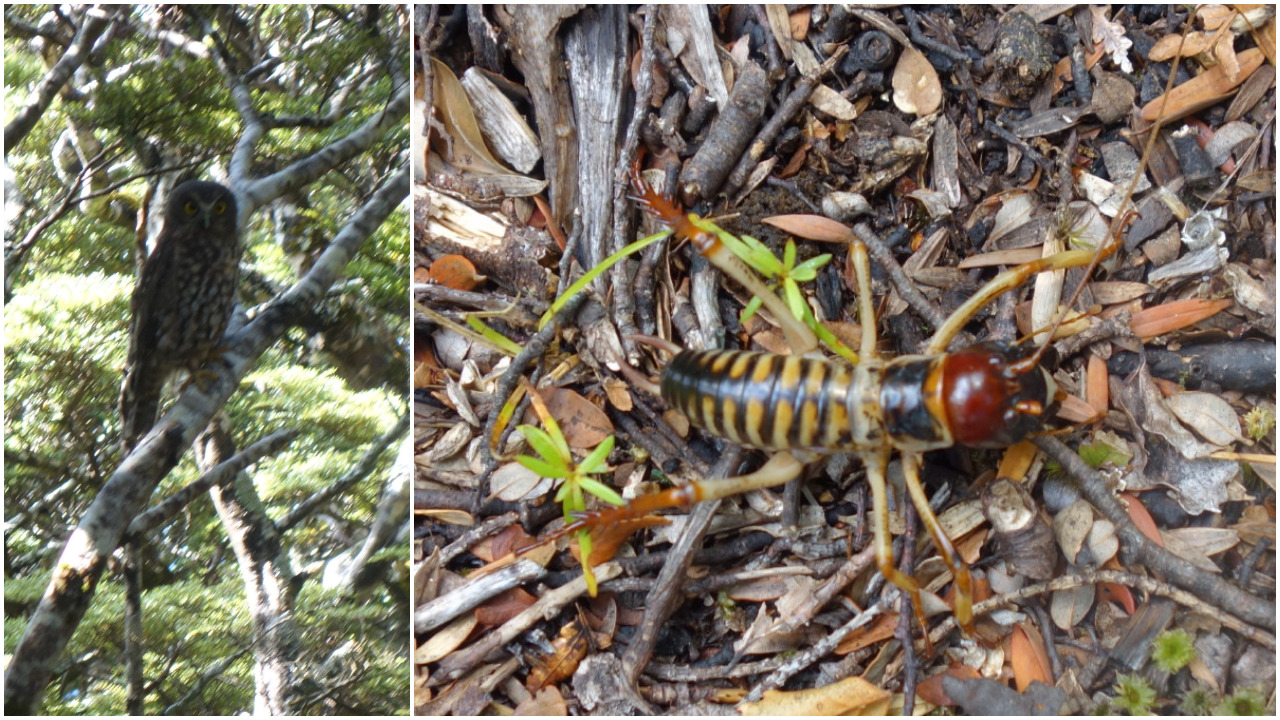 The ruru (morepork) and the weta

The tops around to Sparrowhawk Bivvy are relatively flat with small undulations, except for the high point, Orupu, located just before the bivvy. We arrived at Sparrowhawk Biv just after 3pm, had a short break and replenished the water bottles.

On our way down the spur, a ruru flew across the track in front of Alison and perched on a nearby branch. We stopped to observe it, while it observed us.

The descent from Sparrowhawk Bivvy includes several bumps and climbs, one or two of which took some effort to get up. We finally got to the bottom of the spur where it is eroded and narrow, before dropping into Gold Creek. It took us a while to find the start of the Gold Creek track. From here, we picked up the bottom corner of the farmer’s paddock and headed back across the farm, arriving back at the vehicle at just after 6pm.

Gordon and Lynette told us about their trip to Barlow’s Hut and back. They’d had a good day. Thanks to Lynette for accompanying Gordon up the Makaroro River and thanks to Alison for driving us there and home. A good trip – but rather tired at the end.

A year in the life of a GuideOn June 3, Graham Leech gave a presentation at the club meeting … END_OF_DOCUMENT_TOKEN_TO_BE_REPLACED

A year in the life of a GuideOn June 3, Graham Leech gave a presentation at the club meeting … END_OF_DOCUMENT_TOKEN_TO_BE_REPLACED