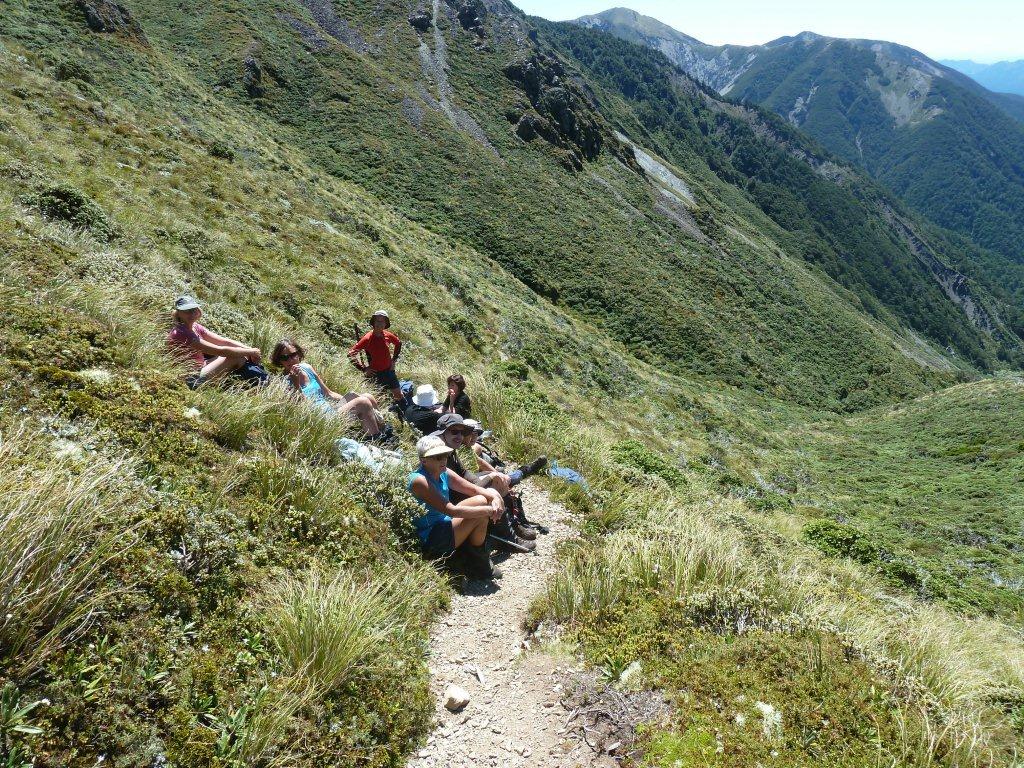 Warm temperatures and blue skies, a good day for a dunking in the river which, as it happened, a member did, not five minutes from the car park!

The low river level had left slippery rocks in places. Otherwise, it was an uneventful wander upstream. The buddleia and tutu are claiming more and more of the riverbank, even down as far as the farmland. Cairns placed on rocks mark where tracks have been cut through the dense scrub, although we managed to miss a couple therefore spending more time in the river. 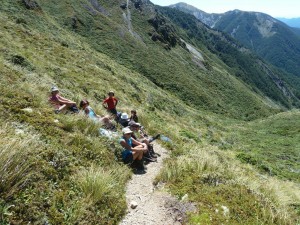 Geoff decided to stay behind with his secateurs cutting through the tracks to make them wider and easier to find. The last scramble up the scree to the orange triangle is a welcome sight; it marks the last steep push through low bush and some well-placed Spaniard, bringing you out onto the Waipawa Saddle.

There were magnificent views over to the Hikurangi Range in the west with Three John’s and Te Atuaoparapara to our left and right. After a leisurely lunch, we picked up the tracks a lot easier going down. We met Geoff still cutting and made our way down, stopping off for a couple of swims when we came to a deep-enough pool. We arrived back at the van round 3.30 after a hot but very pleasant day out.