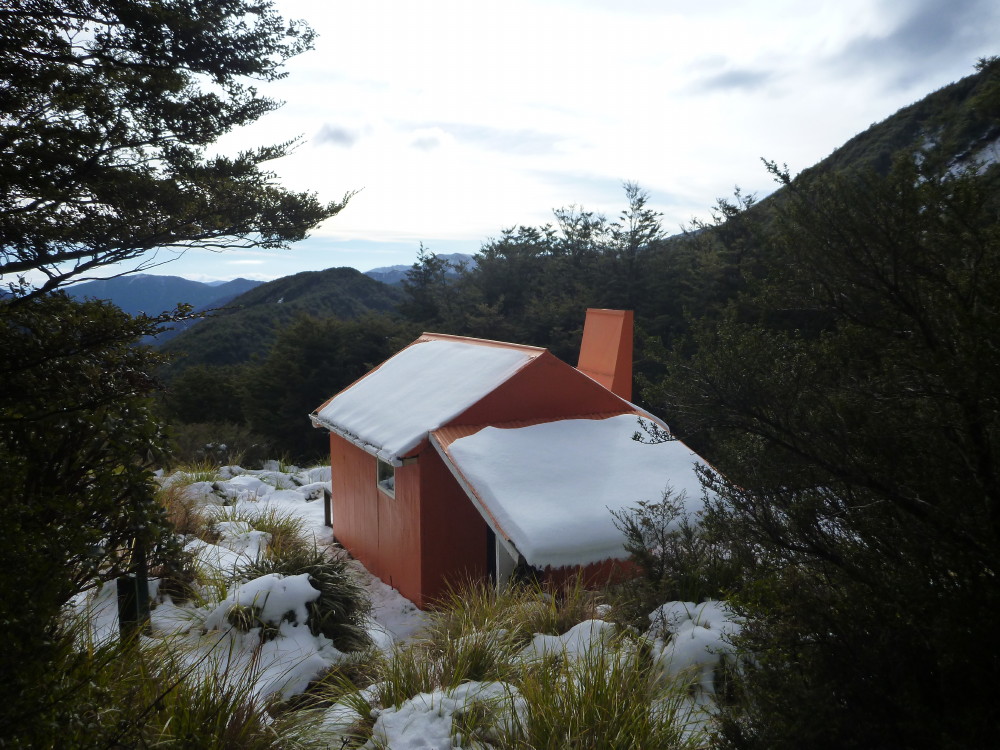 The scheduled trip to Waipawa Forks Hut was off the agenda so, instead, everyone had a personal agenda. A full van of 12 trampers headed along State Highway 50. Our goal for the day, to climb up to Sunrise Hut, maybe Armstrong Saddle, wind permitting, then up to Top Maropea Hut for the really keen ones.

We could see light cloud covering the top of the Ruahines, but by the time we arrived at the Sunrise car park at 9 a.m it dissipated. With just a couple of other vehicles parked, we knew we would have the track to ourselves for the first half of the day.

Vic and Paul decided to head off towards the Waipawa River to ‘botanise’, while the rest of us started our climb with the usual up, up and up.

The weather was perfect, not a cloud in the sky and no wind, not even a light breeze, but the humidity was a killer and the heat relentless.

We had barely made it half way to Sunrise and already we were sweating, stopping often to rehydrate and then sweating some more; this was the pattern until reaching Sunrise where Kelvin, Ted, Rosemary, Sally and I decided to stop and have a leisurely lunch before heading down again.

The views out west were just magnificent. The last time I was up at Sunrise it was clouded in, so this was the first time I had seen the very rugged Te Atuaoparapara (1687). 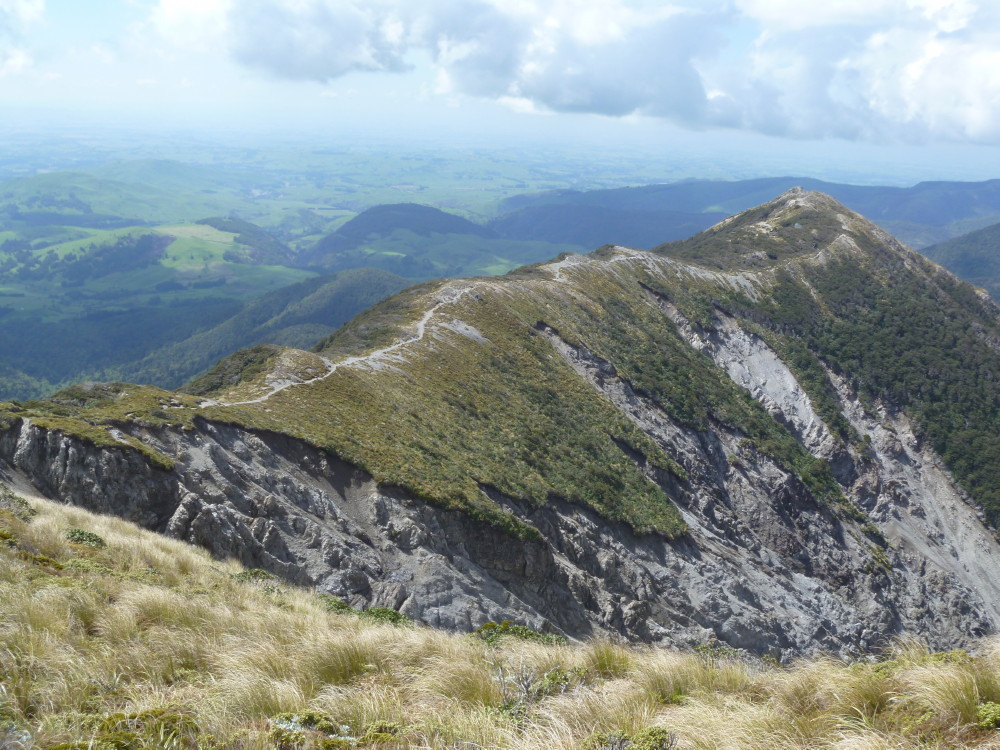 Heading up past Armstrong Saddle, looking back at Sunrise Hut

Alison, Geoff, Cherie and the two Johns went up to Armstrong Saddle and then decided to carry on to Top Maropea Hut. Several of the group had never been there before.

From the high point, the views out east, west and towards Ruapehu were excellent. On their descent of the spur towards Top Maropea Hut, they passed impressive rocky outcrops and then into bush for the last steep, short descent to the hut. Top Maropea Hut is a small four-bunk hut with an open area and helipad west of it, looking out above the river below.

After a quick lunch, the keen five climbed back up to the high point before returning to Sunrise Hut. By the time they arrived back at the van, very hot and sweaty, the rest of us were well rested.

What a great day out, all of us deciding just how fast and far we wanted to go.

A year in the life of a GuideOn June 3, Graham Leech gave a presentation at the club meeting … END_OF_DOCUMENT_TOKEN_TO_BE_REPLACED

A year in the life of a GuideOn June 3, Graham Leech gave a presentation at the club meeting … END_OF_DOCUMENT_TOKEN_TO_BE_REPLACED