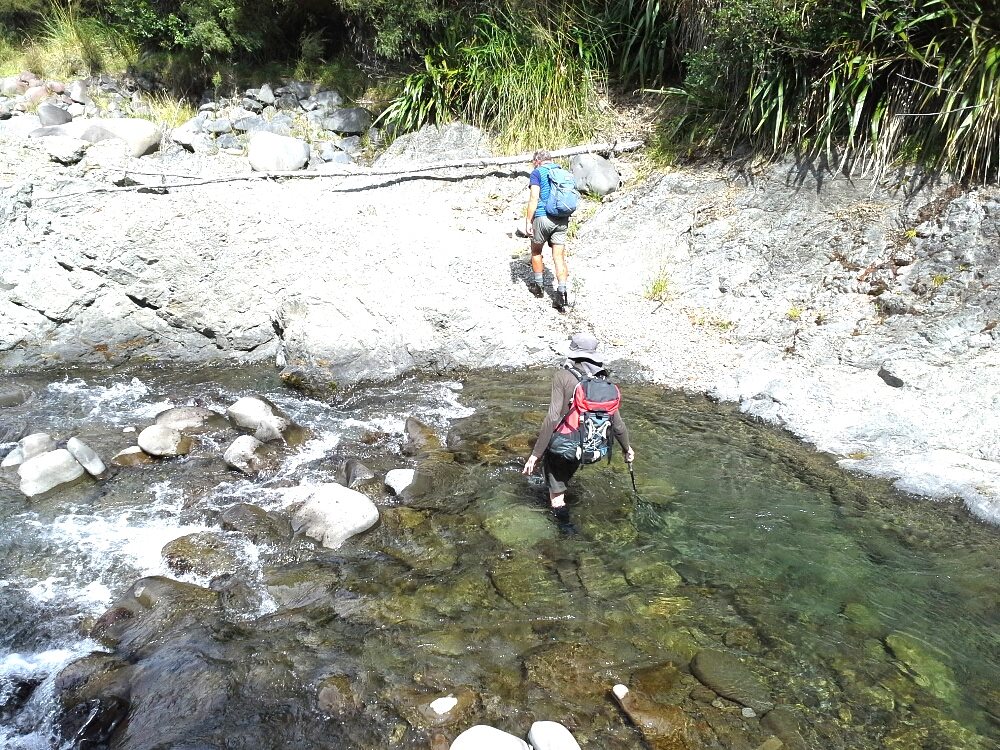 Murray took the van all the way down to the Lawrence road end, where a sign indicated it would take us three hours to the Lotkow road end. We set off at about 8.30 and crossed the swing bridge. On the opposite side of the river, we bumped into the first clump of stinging nettles, one of the many we would see on this tramp. 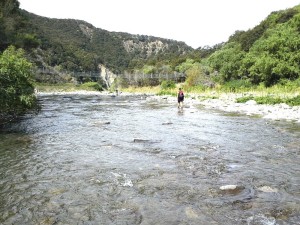 The path goes through forest and grassy areas past the turn-off which leads to Mackintosh hut, until a descent to the river. The river was quite low and easy to follow. After a couple of kilometres, the path climbs away from the river. By then we had had our morning smoko, the sun was out and we reached the turn-off to Don Juan by 10.30. So much for the time estimation we had seen posted.

To fill the time, we decided to walk up to the trig, 1 to 1.30 hr away. And yep, 40 minutes later, most of us found the trig. The entire path goes through pine forest, which unfortunately obstructs the views. Still running early, we decided to descend back to the turn-off for our lunch. After a longish lunch, we returned the way we had come and an hour or so later we got back to the turn-off to Mackintosh.

Murray proposed to follow this path to the Donald and go back that way. The prospect of a couple of swims to cool down was enough to persuade the group to agree with that plan. The path climbs for about 15 minutes, after which a steep descent gets you to the river. The Donald was running reasonably low and was easy to follow, with the added bonus of a couple of nice pools in which to cool down.

We were back at the car park by 3.30 after a nice relaxed tramp.