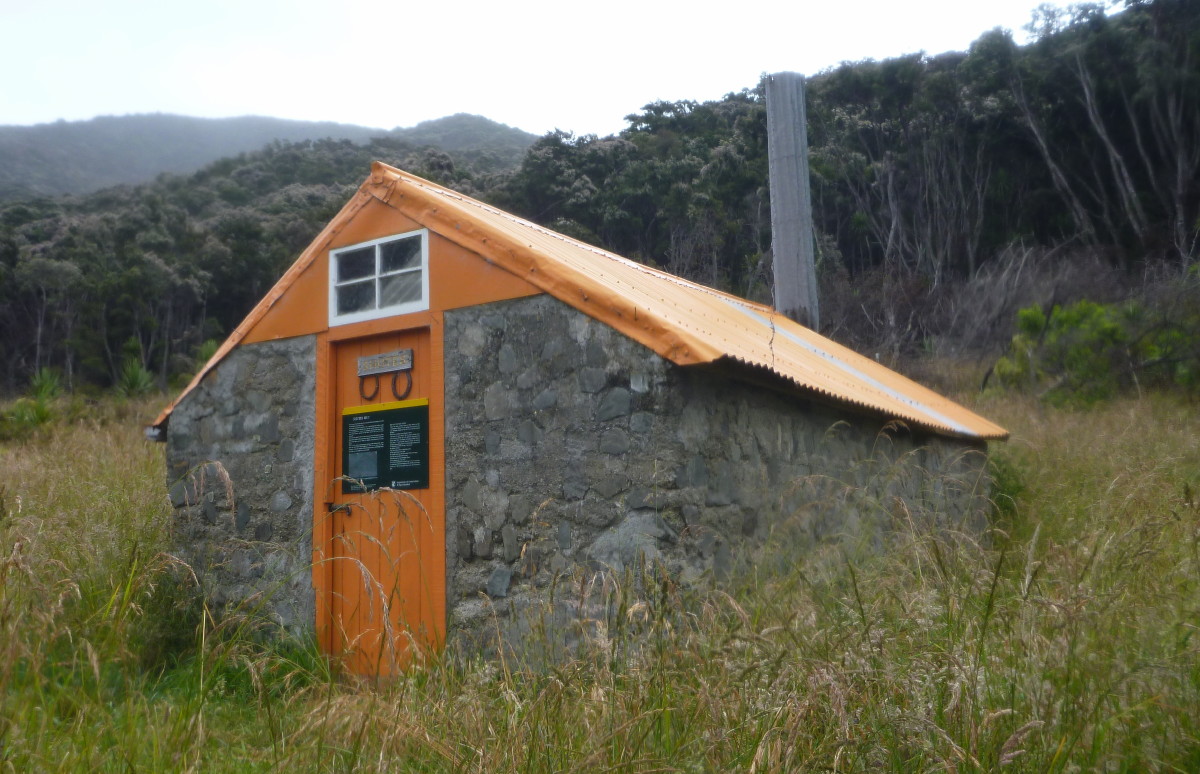 A van and carload of us headed up the Taihape Road. Murray took his car and three other trampers to The Blowhard bush for an easier walk. The rest of us continued to Comet Road and the start of the track to the Taruarau River and Shutes Hut.

Comet Road was, well, um, more of a track than a road. With some upgrading, I am sure it could be improved to a 4-wheel-drive only. Anyway, with a very skilful driver, we avoided the washout canyons and vertical drop-offs. (After the tramp, one of our party chose to walk the road back down the several kilometres rather than face the trauma of a return van trip.)

The track climbs a short distance to Komata trig. The trig station is still there but it’s completely obscured by wilding pines, a forgotten and rotting monument to pre-GPS days on a hill abandoned to pinus contorta. The path through the pine weeds was lined with Alice in Wonderland-type magic mushrooms, shiny red with white spots.

The track continued down, down, down to the river. Only four people continued across to Shutes Hut. The remainder sat beside the river in the sun, eating lunch and watching a trout quietly contemplating its surroundings.

Shutes is an historic hut built in 1920, using stone. In later years, it was occupied by Alex Shute, a reclusive rabbiter.

The walk back was up and up, and then we went up some more. In between the puffing, I heard mutterings of: “When I did this last time, I swore I’d never do it again…”.

The drive back was uneventful, after a very satisfying day’s exercise.