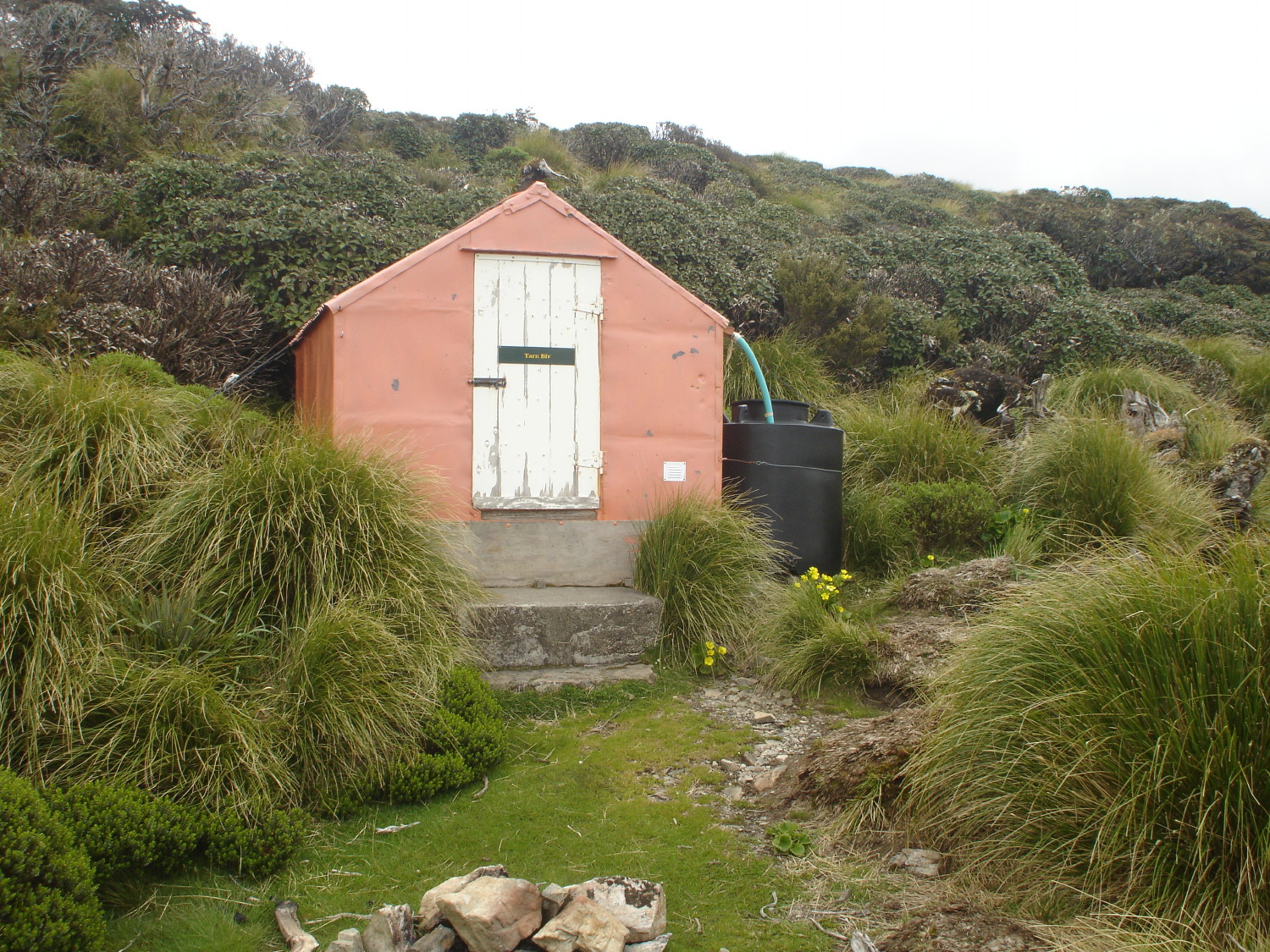 Ted took the van with seven trampers to the end of Mill Road. In pleasant weather, the group followed the farm track from the end of the road to the river.

We followed the Moorcock Stream for about 100m before crossing over to the Tukituki. There was hardly any water in the Moorcock and the Tukituki was quite low. A path once followed the river, but today there is only the river to follow. This slowed us down a bit and it was about 9.30 when we reached the orange marker showing the turn-off to the Rosvalls track. 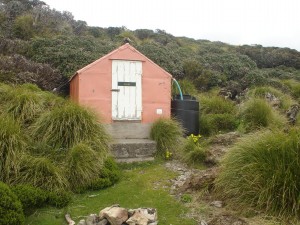 Unlike most markers, this one doesn’t connect with the start of the track, but is placed about 50m past it. We were all looking in the upstream direction, where a clear path simply stopped. Eventually, Ted had the wisdom to walk in the other direction and spotted the wooden signs that mark the start of the track.

Not far on, we stopped for a brief morning tea. From there, we were in for a typical Ruahine climb: Steep up for around two hours, following a good path. The top was reached by lunchtime and the bivvy was signposted as being another hour ahead.

We decided to have our lunch first and then continue over the tops. We could easily have had lunch at the bivvy, because we reached it in half an hour. It is a two-bunk affair, but with a toilet boasting spectacular views.
We lingered for about 15 minutes and then began our return. It was quick and easy. Going downstream, we found several stretches of what must have been the original path. By about 4.30, we were back at the van after an enjoyable day out.

Sparrowhawk bivvy, Ruahine Forest Park, Saturday 6 August 2022 Banner Photo: The view east, towards the Wakararas and beyond On a beautiful … END_OF_DOCUMENT_TOKEN_TO_BE_REPLACED

Prologue: The author was on the Whirinaki tramp, reported on this website under the headline 'We observe a mock turtle and the rodent of Upper Te … END_OF_DOCUMENT_TOKEN_TO_BE_REPLACED

Ruahine User Group A meeting was held on Monday 25 July, in the NZDA rooms in Dannevirke.  Julia … END_OF_DOCUMENT_TOKEN_TO_BE_REPLACED

Ruahine User Group A meeting was held on Monday 25 July, in the NZDA rooms in Dannevirke.  Julia … END_OF_DOCUMENT_TOKEN_TO_BE_REPLACED

Ruahine User Group A meeting was held on Monday 25 July, in the NZDA rooms in Dannevirke.  Julia … END_OF_DOCUMENT_TOKEN_TO_BE_REPLACED

Ruahine User Group A meeting was held on Monday 25 July, in the NZDA rooms in Dannevirke.  Julia … END_OF_DOCUMENT_TOKEN_TO_BE_REPLACED