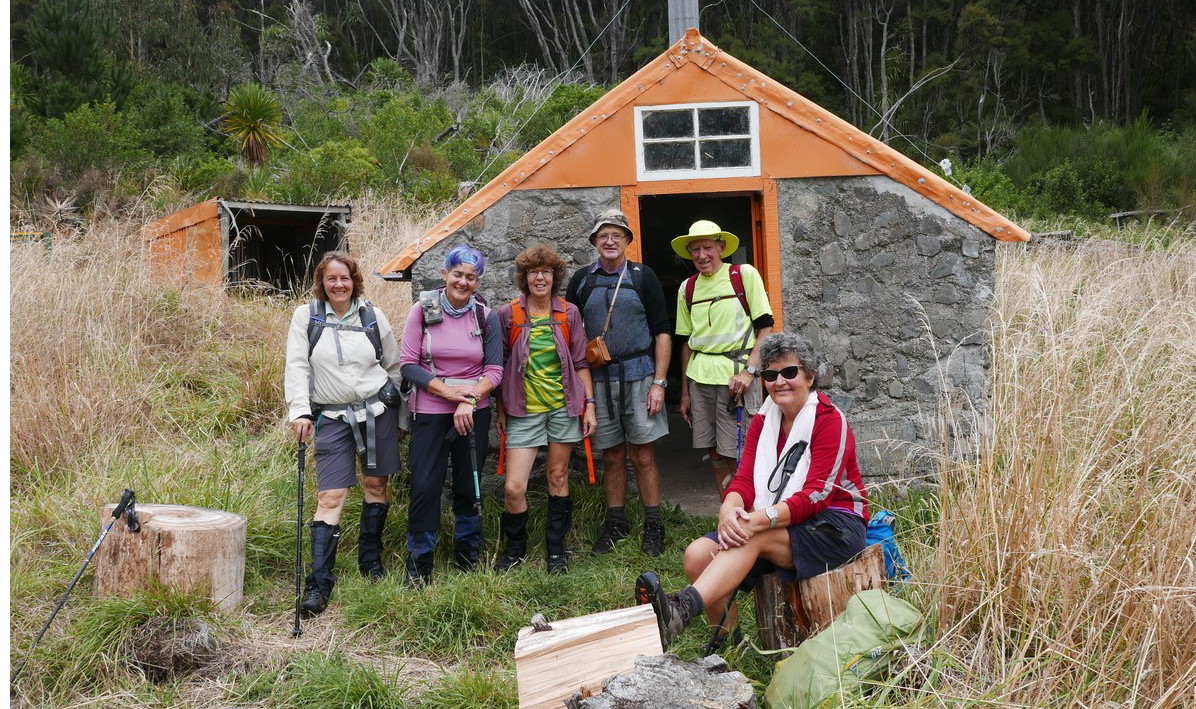 Banner pic: At the historic hut, a lonely place to live

Eight of us set off for the walk to Shute’s Hut in the Northern Ruahines. We reached the end of Comet Road at 8.30, then started the steep climb up to the Komata trig. From there, the track undulates along the ridge through pine trees until there is a steep decline down into the Taruarau River.

Just before the river, we came across a well set up, idyllic campsite with chairs and tent but no occupants. However, on the way back we did meet them – a father and son down from Auckland. 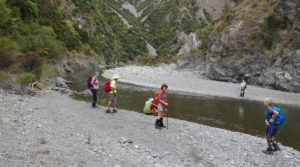 We crossed the Taruarau River and walked for another 40 minutes or so until we reached Shute’s Hut at 11.40. This hut is quite historic, having been built in 1920 for musterers and rabbiters when the area was part of Big Hill Station. The hut is constructed of stone, which would be more common in the South Island. It was built and occupied for 12 years by Alex Shute, a rabbiter employed by the owners of Big Hill. Given its location, it would have been a rather lonely existence.

After lunch, we headed back to the river crossing, then on to the slow grind back up to the ridge. We were at the van just before 4 pm having, according to Lynette’s GPS, covered a total distance of 18 kilometres.

Thanks to Hilary for driving and Di for organising and driving.