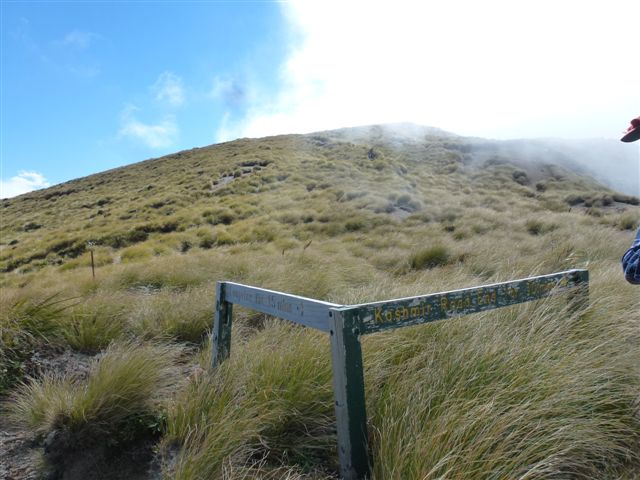 The trip in was uneventful and I had been enjoying the much-improved Kashmir Road. However, I became more concerned as time went on after the thought crossed my mind that the road upgrading was to make it wide enough for a logging truck – not for a logging truck and a van full of trampers. No problem though, except for the maze of logging roads and changed scenery and landmarks near the end. 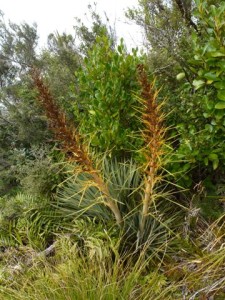 These Spaniards are prickly

As often happens, the closer we got to the ranges, the worse the weather became. We were in cloud when we got out of the van – not the start we had all envisaged. After a brief discussion, the optimists won and we headed off up the track as planned. A new track has been cut; it zigzags up the bottom section and is a marked improvement over the previous direct scramble up the ridge.
The rain was never heavy and not really a concern and the clouds lifted to hut level when we arrived, giving brief views down to the plains below. Some returned via Rocky Knob, some via the Daphne track and some directly. Although the weather wasn’t perfect, we all enjoyed a good day out. Of note on the upper part of the track were the large number of mature Spaniards (of the plant variety) some with trunks as large as my ankle.