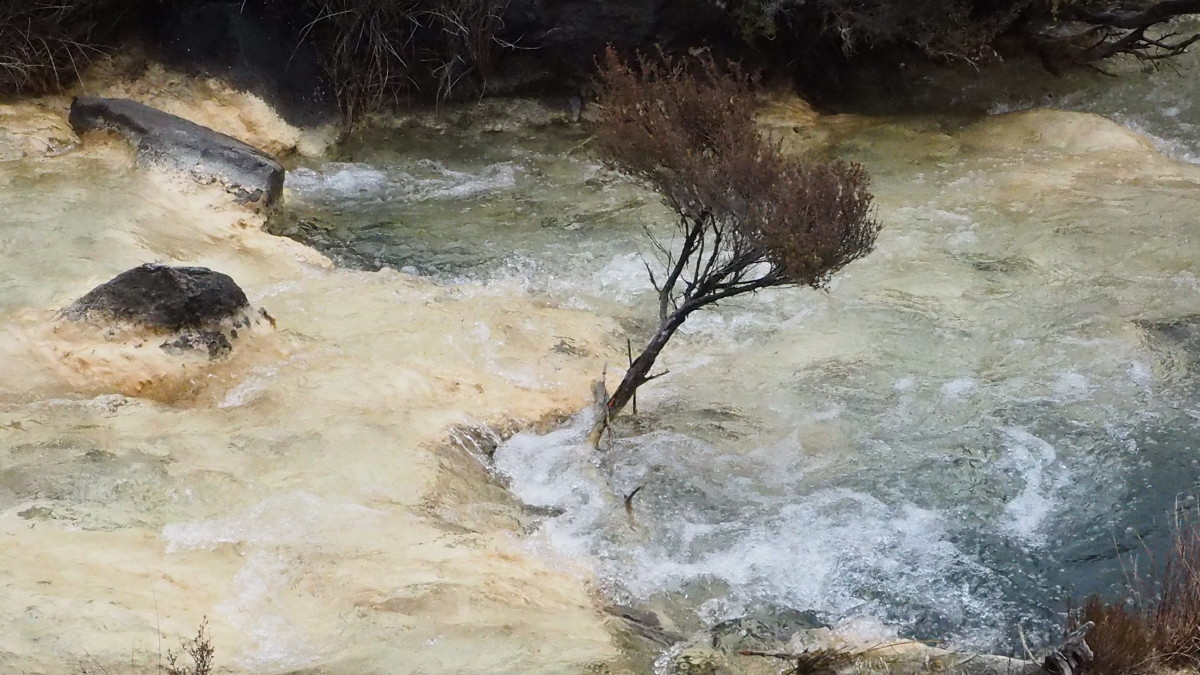 With the uncertainty of Covid, some date changes and some other events – such as the (postponed) Crowded House concert – there was a number of cancellations from our trip. In fact, it was uncertain until very late in the piece whether there would even be a trip. First the Friday and Saturday nights were cancelled (normally the peak attendance part of the trip). Then the Wednesday night was called off, leaving just three nights. 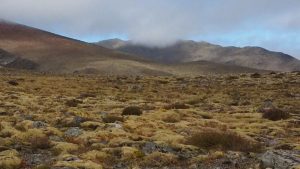 After much uncertainty and rearranging by trip leader Kelvin, a reduced group of six left early on Sunday 7 March in two vehicles, heading for the mountain. John B arrived later in the afternoon.

The forecast was for 5 degrees at the top of the Bruce Road on Sunday, hard to believe after a sweltering 28 degrees in Napier the day before. But 5 degrees was probably being generous when we arrived and then ventured out for a walk to the Top of the Bruce. 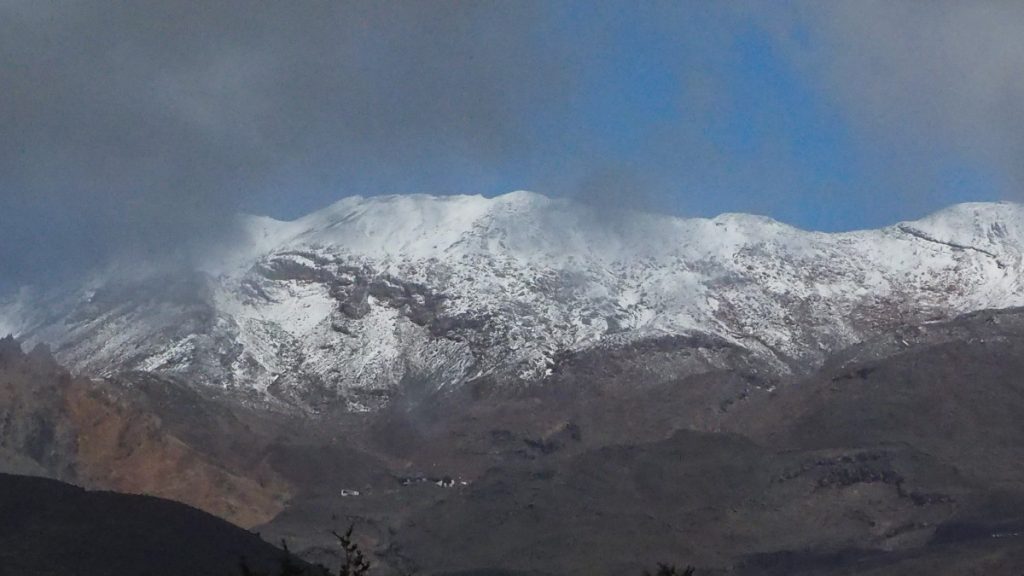 Mt Ruapehu in and out of the cloud

Biting cold, rain and sleet was what we experienced in a brisk 30-minute walk to the Iwakau village and beyond, looking out to the Pinnacles.

Havelock ski lodge was new to some of us, and we couldn’t fault the location right next to the car park. Plenty of room with only seven, and we soon warmed it up with the log fire fuelled by a good stock of dry firewood.

The first night dinner was a lovely lasagne, courtesy of Kelvin’s wife, Yvonne.

Monday the 8th turned out very grey and dismal. We had a lie-in and a late start while we decided on what to do. Breakfast was left-over lasagne (yes, it was a big lasagne). After getting glimpses of blue sky, we decided after lunch on the Silica Springs walk down the mountain. This was an easy and pretty walk which was ideal to break the cabin fever, followed by a quick sightsee of the Tawhai Falls. 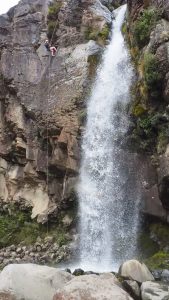 Tuesday the 9th was our last chance to have a good day walk and fortunately the weather was generally good. With the summits of Ruapehu and Ngauruhoe out of the question due to a DoC ban because of increased volcanic activity, we decided on a trip to Taranaki Falls. At the falls turn-off, we turned right along the Wairere stream. About two hours up-stream, we said goodbye to Pauline and Kelvin who returned to the lodge.

The remaining four ascended a small rocky ridge with the aim of reaching a little volcanic cone, near a waterfall. Despite having a map, uncertainty about where exactly we were headed, and possibly misunderstood directions from our departed leader, neither the waterfall nor the cone were found. We did get some glorious views of Ngauruhoe at the lunch stop, which made the trip worthwhile. After lunch, there were some low clouds developing so, rather than press on, we correctly decided to go back.

On the return leg, we stopped at Taranaki Falls and watched some very young schoolkids, possibly in their early teens, doing a brave abseil over the edge. Sue got some great photos. After the falls was the lovely walk through the bush on the return loop to the car park.

Back at the lodge, we farewelled Ray and Pauline who had to return to Napier. The remaining five had another good meal, including a huge apricot crumble for dessert from Yvonne.

Wednesday the 10th was the final day, and there was a thought that we might manage a short excursion such as a ride on the Sky Waka; but foggy, misty weather again thwarted our plans. We left about 10am, had a coffee and petrol stop at Turangi and Taupo, and were home by 2pm.

Despite the shorter-than-usual trip and fewer-than-usual numbers, we all had a good time. There was fine company and very nice food – and even a few days away makes a difference. There’s always next year, when Covid may not be such a worry.

Sparrowhawk bivvy, Ruahine Forest Park, Saturday 6 August 2022 Banner Photo: The view east, towards the Wakararas and beyond On a beautiful … END_OF_DOCUMENT_TOKEN_TO_BE_REPLACED

Prologue: The author was on the Whirinaki tramp, reported on this website under the headline 'We observe a mock turtle and the rodent of Upper Te … END_OF_DOCUMENT_TOKEN_TO_BE_REPLACED

Ruahine User Group A meeting was held on Monday 25 July, in the NZDA rooms in Dannevirke.  Julia … END_OF_DOCUMENT_TOKEN_TO_BE_REPLACED

Ruahine User Group A meeting was held on Monday 25 July, in the NZDA rooms in Dannevirke.  Julia … END_OF_DOCUMENT_TOKEN_TO_BE_REPLACED

Ruahine User Group A meeting was held on Monday 25 July, in the NZDA rooms in Dannevirke.  Julia … END_OF_DOCUMENT_TOKEN_TO_BE_REPLACED

Ruahine User Group A meeting was held on Monday 25 July, in the NZDA rooms in Dannevirke.  Julia … END_OF_DOCUMENT_TOKEN_TO_BE_REPLACED