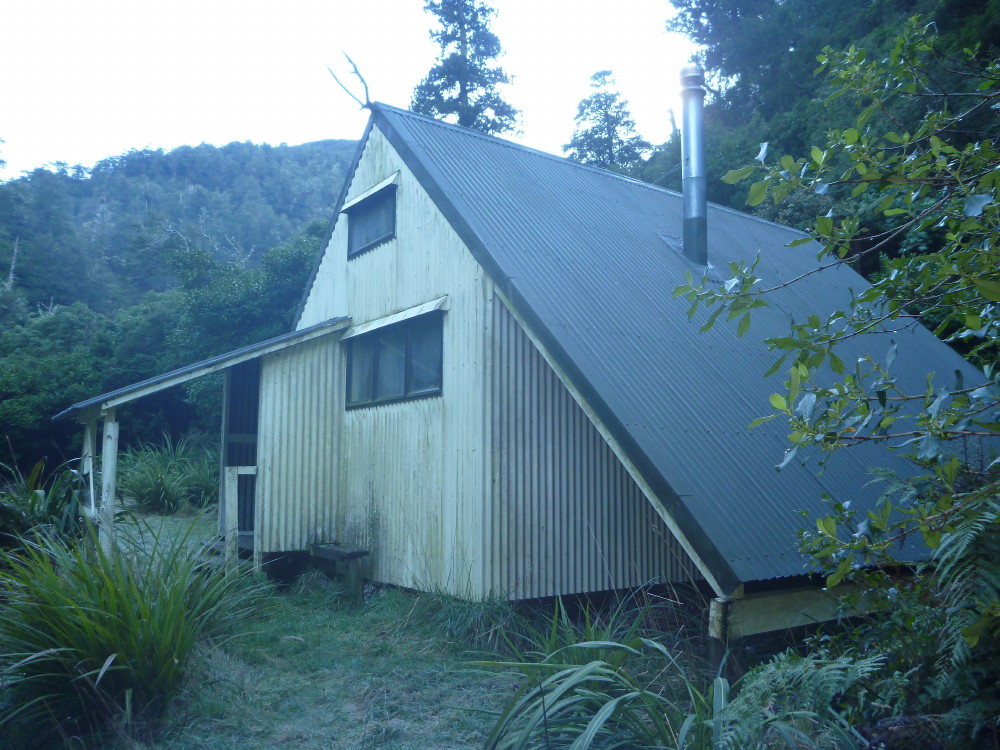 Nine trampers in three cars left Park Island for Daphne Hut. Kashmir Road is a lot easier to negotiate these days, with no potholes. Six decided to go right through to the hut while the others wandered up towards the junction to Longview.

It was quite dry crossing the farmland and the Moorcock Stream was very low, not like the usual bog we have to trudge through. We had a steady climb to about 400m in the bush and stopped several times to take in the view. We could see our vehicles down below in the distance. We stopped for morning tea about half an hour from the turn-off, where Ted and Murray caught up. After a leisurely break, we carried on, leaving those two to finish their snacks. The ridge along the top was a gradual descent and then we faced a very steep drop down to the Tukituki River, which didn’t have much water. 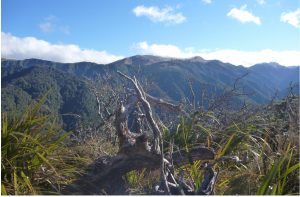 Barry decided to make his way to the hut, as he hadn’t been there before. The rest of us didn’t want to get our feet wet and needed a rest before the big climb back up. We had lunch in the sun and waited for Barry to return. It’s only about 20 minutes each way, so it wasn’t long before he arrived back and had his lunch.

We clambered up the hill (which I’m sure was steeper than I last remembered it) stopping frequently to have a rest and drink. Luckily it wasn’t too hot and in fact a great day for tramping.

Accompanied by plenty of birdsong, we made our way back through the bush and down the hill to the cars. Murray, Ted and Gordon had already left, seeing their day was shorter and they were all in the same car. It was too late to stop off on our way home, and it looks like the Tikokino Pub is closed on Wednesdays. Another fun day in the bush with a happy bunch of trampers.