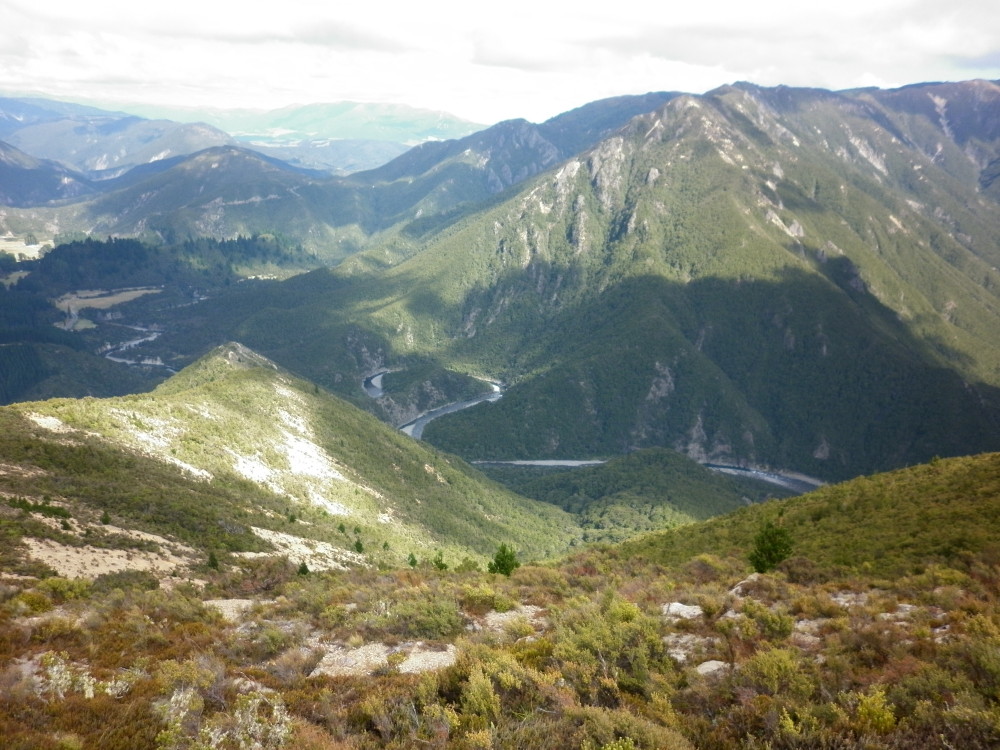 Before the 14 trampers left Church Road, Kelvin informed everyone that Metro had increased the insurance if travelling on unsealed roads, and that there could be a future increase of $5 in the travel cost. After noting a general air of resignation, he added that the date was April 1. Nice one, Kelvin!

The weather was mild, with little wind and just a bit of low cloud, when we arrived at the Cameron car park at Kuripapango. The first assignment was a climb of about 600m over a distance of 1.8 km up a spur to the bushline, then a further 250m up, with an easier gradient, to the top of Kuripapango. The keen types could carry on as far as they wished towards Kiwi Saddle Hut. There were good views of the Ngaruroro and, when the cloud had lifted, across to Ruapehu before hills got in the way. Nearer the top of Kuripapango, there were views across to Napier. 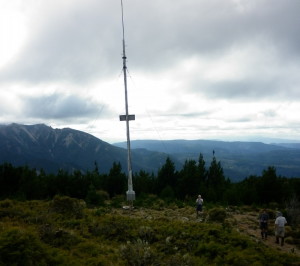 The mast on Kuripapango Hill

John Marshall explored the lower areas and then went part-way up the track. Vic And Ken completed the first long haul to where they could see the radio mast on Kuripapango and returned. Paul, Wai, Dorothy, Tony, Peter and Kelvin went as far as the saddle and junction with the track from the Lakes car park, and then explored the area up to the peak and radio mast before returning. Keith Moretta and John Burrell carried on to the junction with the track up from Cameron hut where they stopped for lunch before returning, while Robyn, Steve and Keith James made it all the way to Kiwi Saddle, arriving at about 1215. The return trip was not much quicker, as some care was needed on the steeper sections.

All finally arrived back at Church Road shortly before 1700.