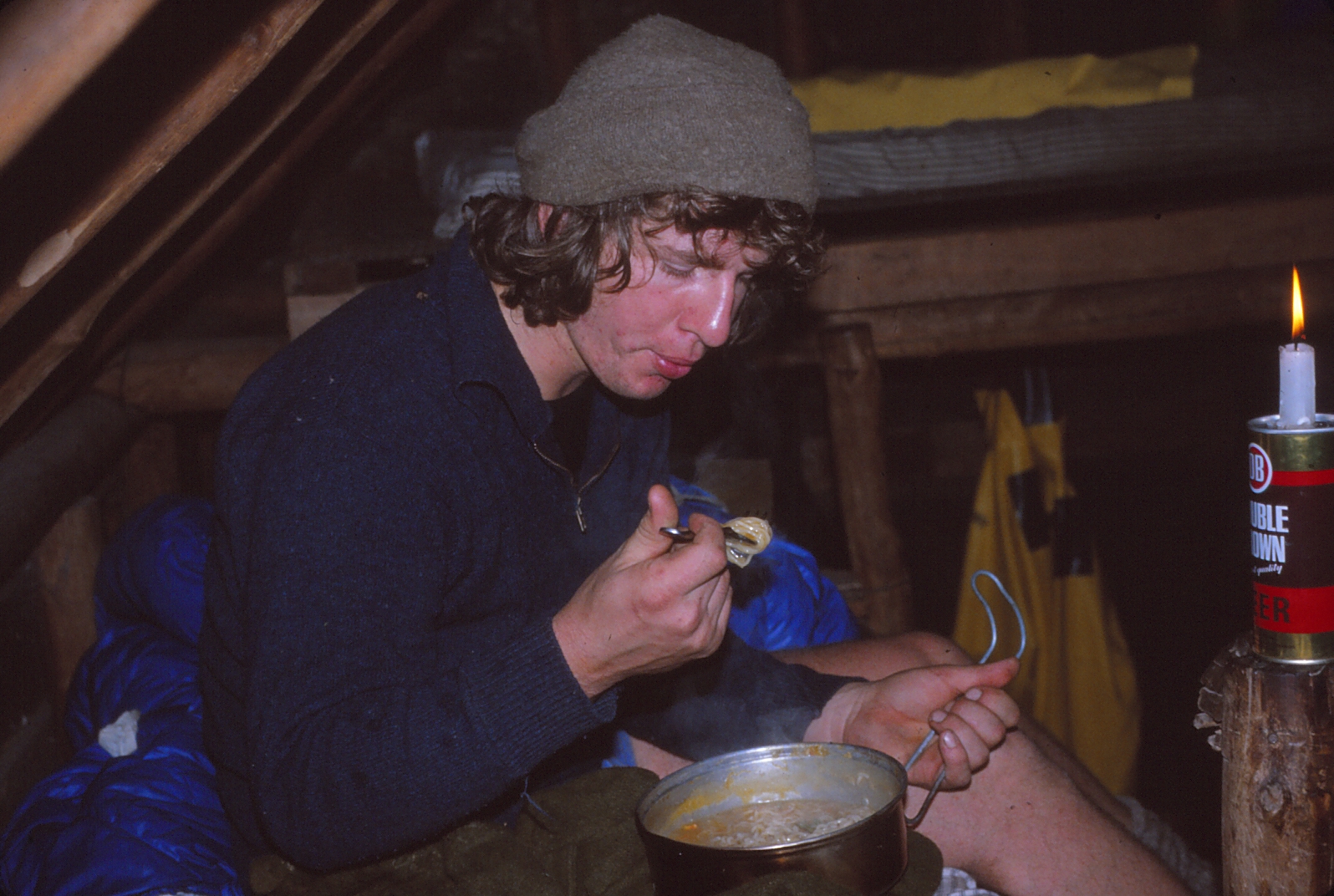 The wilderness being off-limits for the time being, let’s look back on some trips from long ago, starting with this one at Easter in 1978

Ten members left Napier at 7.00am sharp on Good Friday ready for a bright early start to the day’s tramping. After two breakdowns, we eventually arrived at the Tukituki River at 11.00am. We set off upstream in a slight drizzle, with spirits not in the least dampened by the delay, though clothes were inclined to be, to the beginning of the Government Spur track. This fairly steep and poorly marked track turned out to be harder than it looked. On arriving in the middle of the leatherwood belt, freezing cold and time moving on, we decided to head back to a campsite with a tarn which we had passed half an hour earlier on Government Spur.

After a cold night, we rose to a clearing sky, had breakfast, packed and were off by 8.30am. Shaun found a track and we were through the leatherwood in no time on Ohuinga by 11.30 when we had an early lunch. 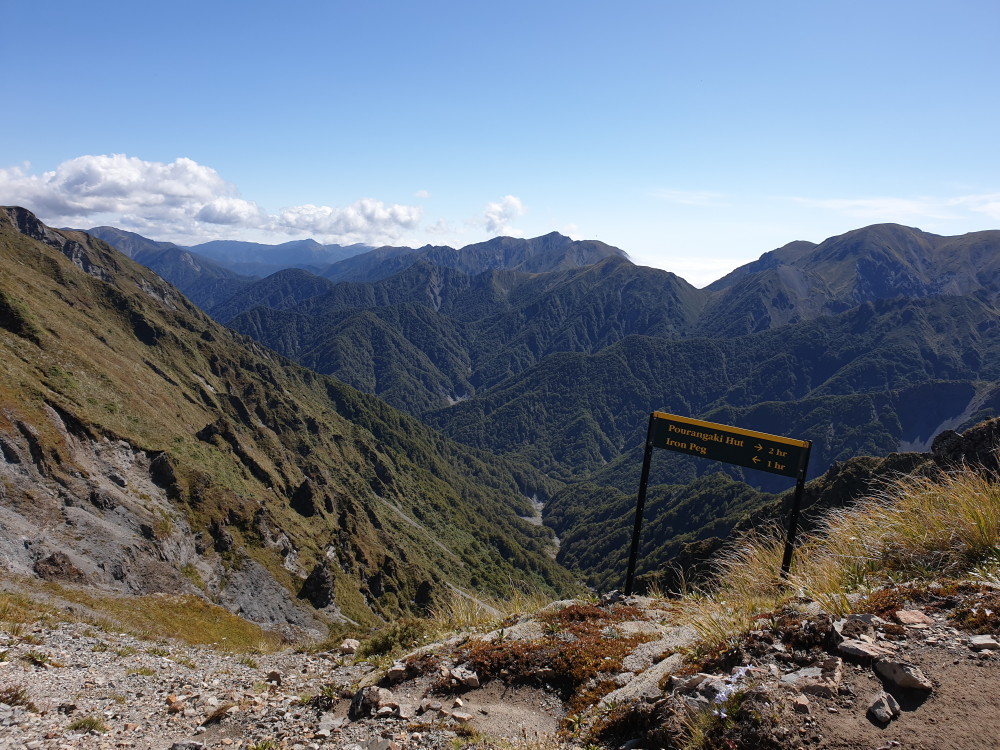 On the main range looking down Pinnacle Creek

We divided into two parties, an 8 + 2. The big party took what looked like the easy route down Tussock Creek, while Bevan Campbell and Steven McAllister (writer of this report), thought we’d try a shingle slide we could see running off Broken Ridge.

When we arrived at the top of the slide, we could see little figures 1000 ft below fighting their way up a ridge of leatherwood, having struck three big waterfalls which necessitated finding an alternate route. 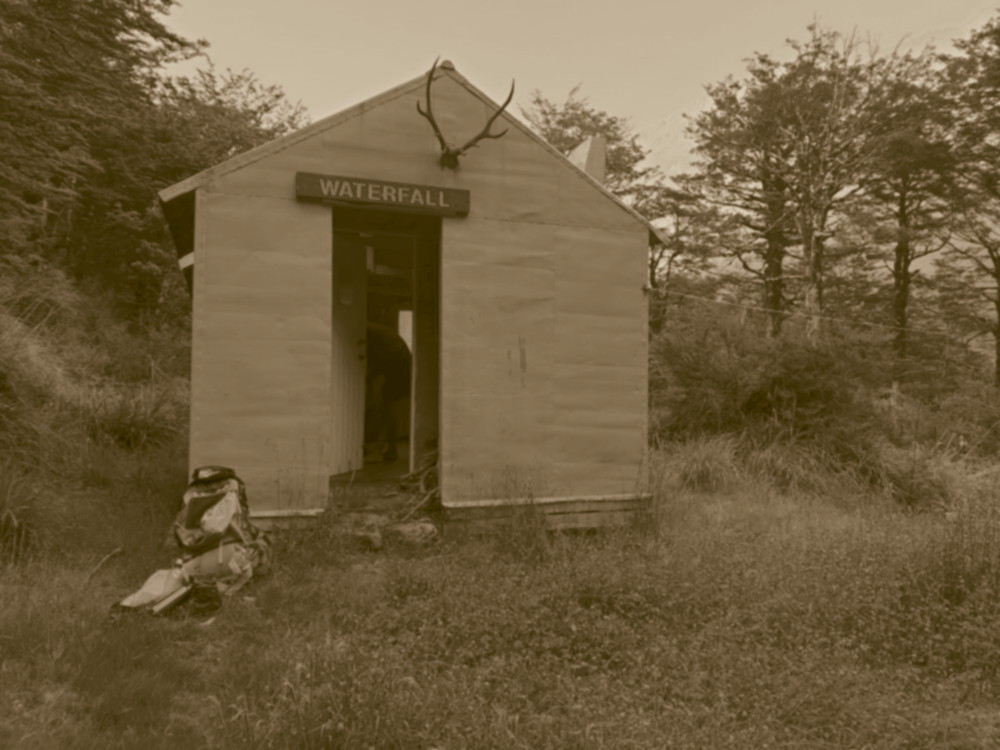 Bevan and I had an easy 600ft shingle slide and quick boulder hop into the creek. From here, Bevan raced on to Waterfall Creek Hut [now named Waterfall Hut] to put on a brew while I went to help the other party.

After a tough struggle down a much-covered spur, they arrived at the creek and continued down to meet Bevan. A good feed and all except three nuisances went to bed. The others stayed up till midnight, brewing tea and seeing who would drink the most, treading occasionally on the poor unfortunates who happened to be on the floor near them. 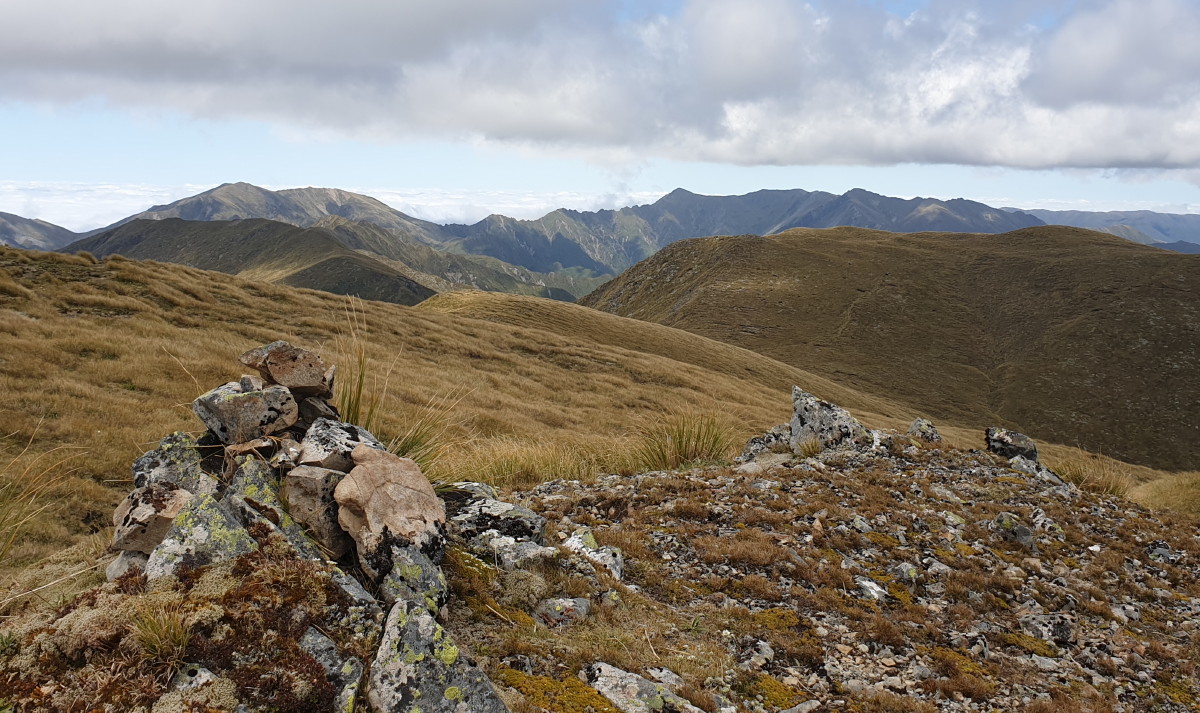 On Easter Sunday morning, we rose bright and late at 8.30am. After meticulously dividing the Easter eggs Mary Madore and Amanda Roberts had brought with them (1.5 each), we decided to split up again. Bevan, Michael and myself (obvious who had it easy the previous day) decided to go up Trig Creek to Mangaweka, the highest point in the Ruahines. Great views, and a beautiful day. Set out to Ohuinga again across a long and in places narrow ridge – one leg on one side of the ridge while the other leg was on the other side. We arrived there at about 5.30 pm. Feeling tired and hungry, we stopped for some food. We continued heading towards Smith’s Creek Hut but due to the falling darkness we only made it to Hinerua Hut. Too tired to eat, we had a brew and hit the sack. 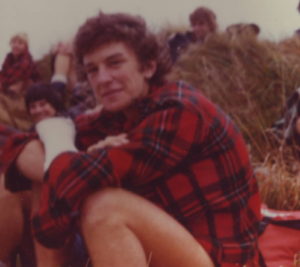 After a comfortable night on the floor, we rose early and were down in Smith’s Creek Hut by 7.10am (31 minutes) for breakfast with the other party.

They had gone up to Rangi Saddle and Rangioteatua and then down to Smith’s Creek Hut. Upon arriving at the hut, they found hopscotch squares painted on the floor. That night the Smith’s Creek Hut Hopscotch Championships were held and results were 1st Shaun Gilbert, 2nd Mary Madore.

From here, it was an easy day back to Hinerua and down to the cars. We were home by 4.30pm. 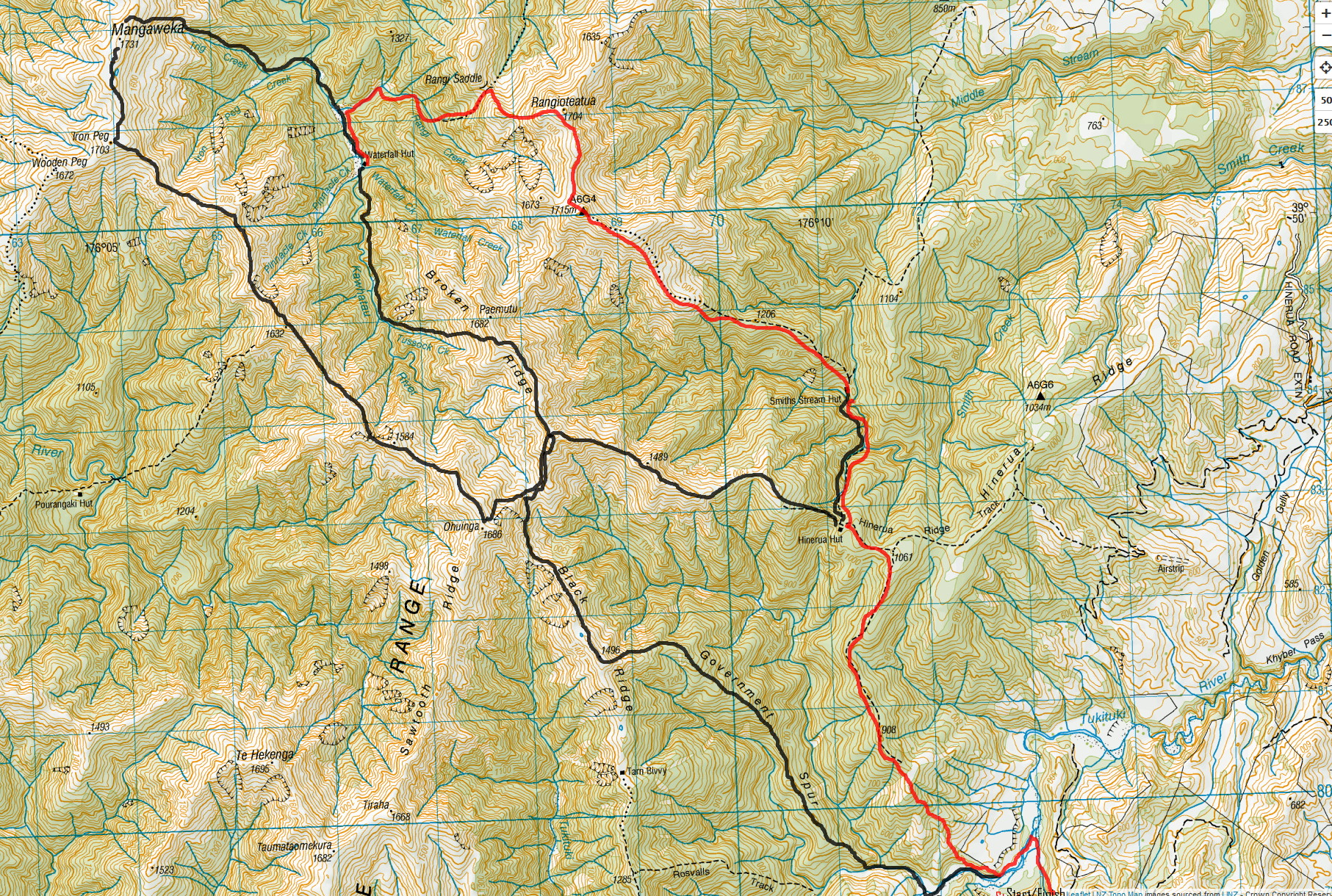 Check out their route

The trip was drastically shortened by the weather and transport delays. We’d planned to get to Waterfall Creek Hut the first night, Crow Hut the second night, Waikamaka Hut the third night and out.