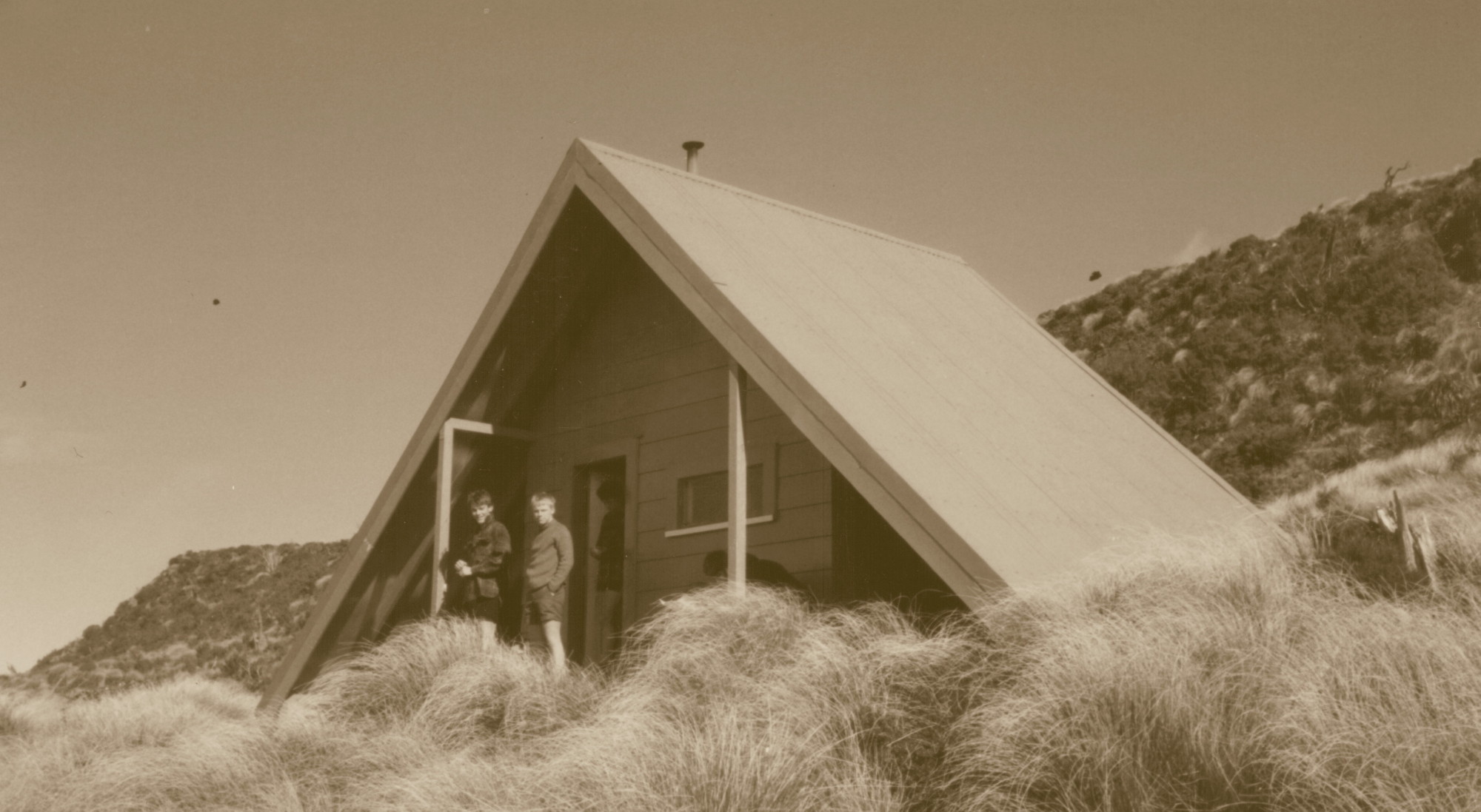 The vehicles left Tiffen Park at 06.45 for Moorcock Base. The two-hour drive saw continuous changes of weather, but lowering clouds greeted us when we commenced our walk along the road paralleling the Moorcock stream.

There were 11 day trampers out of a contingent of 19 and during the climb up to Pohangina Saddle, we encountered strong easterly winds, with rain squalls at times. Visibility was limited and we didn’t sight the new Napier Deerstalkers hut until we were on the saddle.

Lunch was taken in the hut, the summit of the A-frame roof being conquered by some of our fitter members; sounded like keas with boots on from inside! From our vantage point, the farmland to the south was at times bathed in sunshine whilst we were enveloped in cloud, its ragged misty edge hanging like a half-opened curtain, denying us a full panoramic view of Hawkes Bay “stage”. 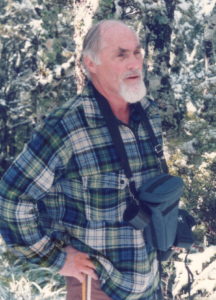 As the two weekend parties took off in their respective directions, we debated the return to the vehicles via the ridge top running north of the saddle but decided against this because of the limited visibility. A fairly rapid descent was made to the road at Moorcock Saddle. Four members took a side trip to Awatere Hut – Bert and Lyle over the ridge, Paul and Harry down from the saddle into the stream bed. All were back with the rest of the party at the vehicles by 17.45 and an uneventful return home to Napier completed an enjoyable day out, in spite of the weather.

A large contingent of trampers set out along the metal from Moorcock Base under a gloomy sky. We continued right to the road end at Moorcock Saddle to take the more open track up onto the ridge top, to avoid pushing through wet vegetation that would have been encountered on the other more overgrown track. Not long after beginning the westward climb to Pohangina Saddle, mist and cold drizzle set in to spur us on hurriedly to Longview Hut on the main range, just south of the saddle.

After a long lunch, the three of us who were in the fast party left the weekend and day trippers and headed off back into the gloom. From Pohangina Saddle, we climbed about 1000 feet onto Otumore on the Ngamako Range, then headed south. The weather cleared for some time, only to close in on us again as we approached the high point Tunupo. 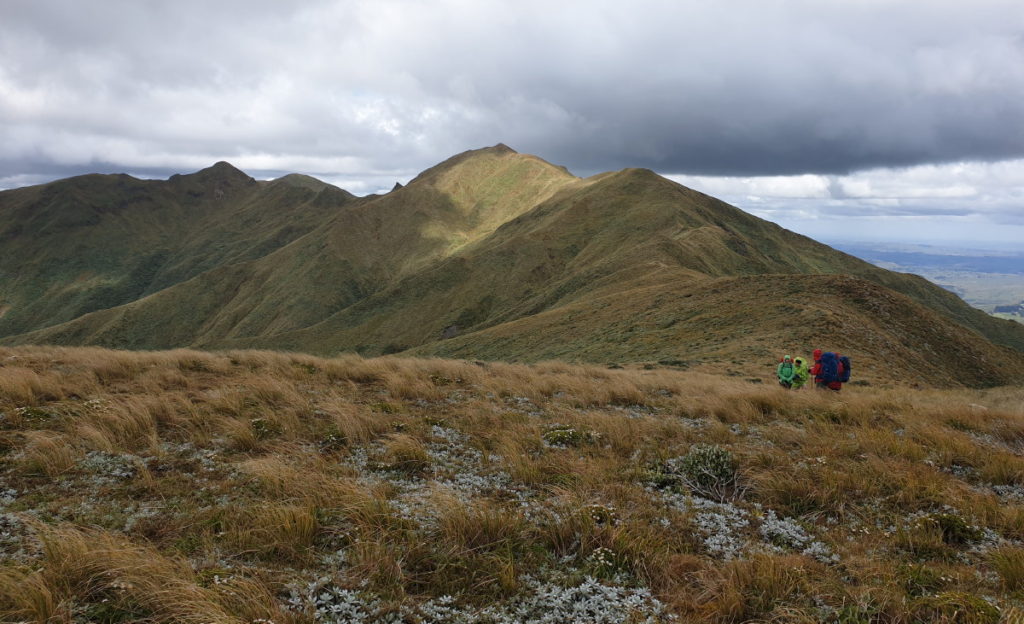 Our tools of navigation were in heavy demand once we reached the top of Tunupo as we decided in which direction to head, but finally the right decision was made and we headed westward down out of the cloud, through thick leatherwood on a well-cut track and along a bush-covered ridge to the five-star Heritage Lodge, where a few of the comforts provided include hot showers, flush toilet and a selection of bunk rooms. 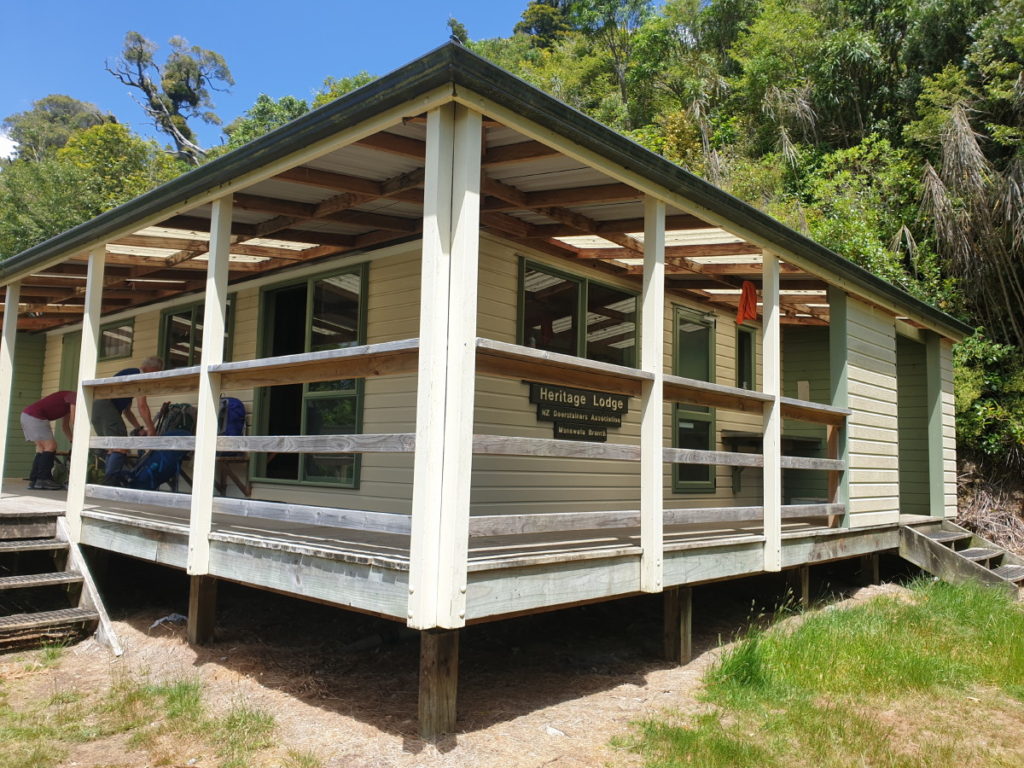 The following day, we headed back up to Tunupo with plans of exploring further south. However the weather was atrocious, so we headed back, following our soggy footprints to Pohangina Saddle. Despite the weather, we spent a considerable time picking snowberries before arriving back at Longview at 2 o’clock for lunch.

After a lengthy dry-out at the hut, we headed back down to Moorcock Base to complete an enjoyable weekend which saw us do a complete East-West and return crossing of the Ruahines.

History and culture
The original Heritage Lodge hut burned down in 2005. A generous donation towards rebuilding it was made by the family of the late Alice Nash, who had loved and explored this area often, during her time living in the local Rangiwahia vicinity. This donation, together with considerable time and effort from the Manawatu branch of the NZ Deerstalkers Association which manages this hut, saw the new Alice Nash Memorial Heritage Lodge completed in 2007. (DoC website).

Mackintosh Hut/Rogue Ridge, Kaweka FP, Saturday 17 September 2022 Banner Photo: The leaning sign at the top of Mackintosh Spur It was a sunny, … END_OF_DOCUMENT_TOKEN_TO_BE_REPLACED

Shine Falls, Local, Wednesday 7 September 2022 Banner Photo: Group selfie and the falls Nine of us set off on a very frosty morning from Park … END_OF_DOCUMENT_TOKEN_TO_BE_REPLACED

A-Frame to Stanfield Hut, Ruahine FP, Saturday 3 September 2022 Banner Photo: At the A-Frame Hut We had a full vanload booked to do this trip. … END_OF_DOCUMENT_TOKEN_TO_BE_REPLACED