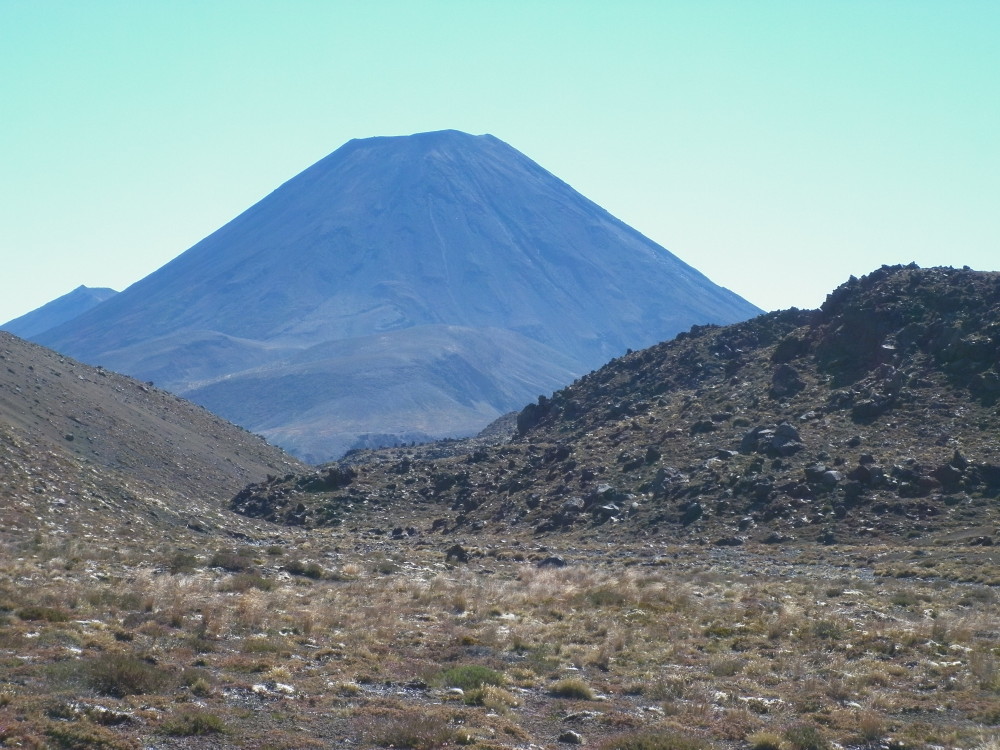 There was a higher number than usual and attendance ranged from 17 over the weekend, gradually dropping to eight for the last two nights. All in all, we had 72 bed nights to cater for. The age range went from 17 to 85.

Day 1: (3rd) We assembled at the lay-by on SH2 near Hawke’s Bay airport (six cars) at 9.00 and set off in convoy. Met up for coffee in a café in Turangi and then to the supermarket to get the frozen foods and fresh bread, milk and so on and then on to Whakapapa. The climb up the rocky track from car park to the lodge seems to get harder each year, but with all the help we soon got all the gear and food carried in. A welcome cuppa soon revived us. 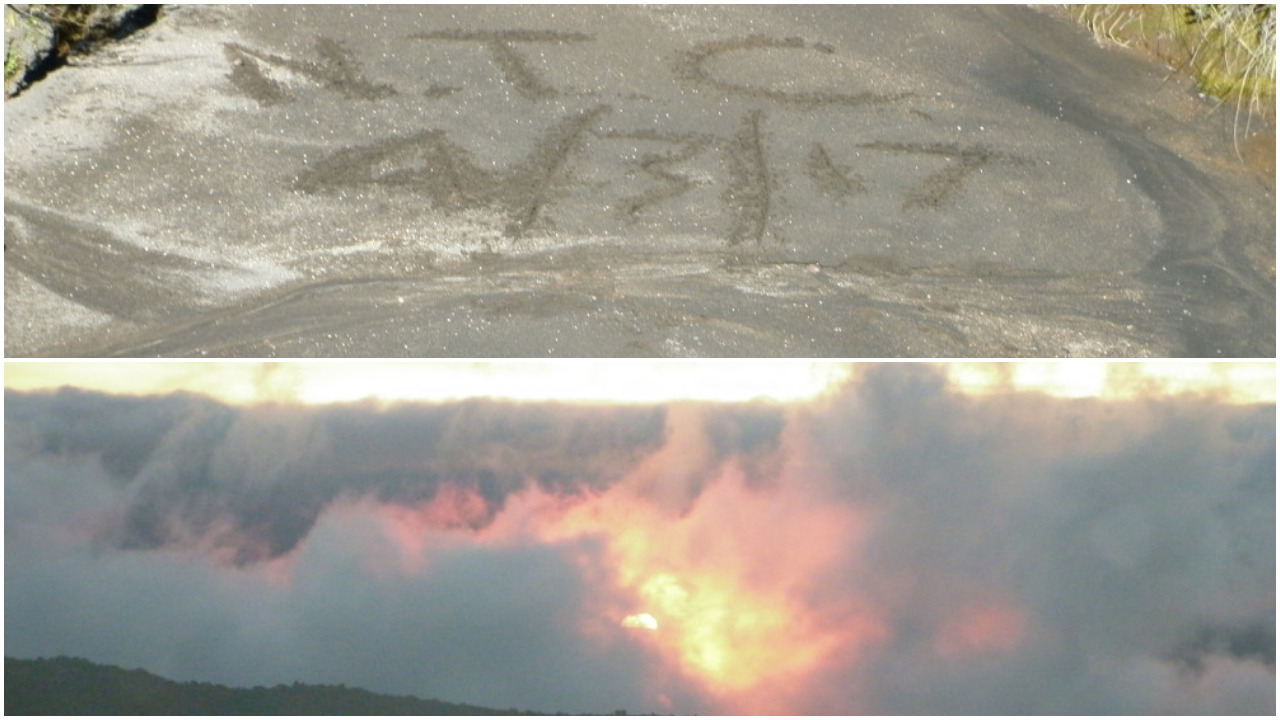 In the afternoon, we went for a walk up to the Bruce Road, looked at the new chair-lift and walked a circuitous path around the lodges and eventually back to the road. Later arrivals trickled in during the late afternoon and early evening. The weather was a cool wind and sunny. The cost for using the chairlift has been amended: it is now free for the over-70s, $35 for under 65, and 10% off that for the Gold Card-bearing 65 to 69 group. However, that weekend they had a special offer of $15 for everyone up to 70 and free for those above 70.

Day 2: Somehow it was decided to go to Ohakune and walk the old coach road to the railway viaduct. Was it the forecast of rain, or were we starting slow with four days tramping ahead? In the end, it was only a light shower. We followed that with a separate walk through a rimu forest which took another hour.

Day 3: Three of the group had to depart later that day, so an early return for them was a consideration. We all set off by car to the Chateau and set off on the track to the Taranaki Falls and points beyond. We had a rendezvous at the falls. 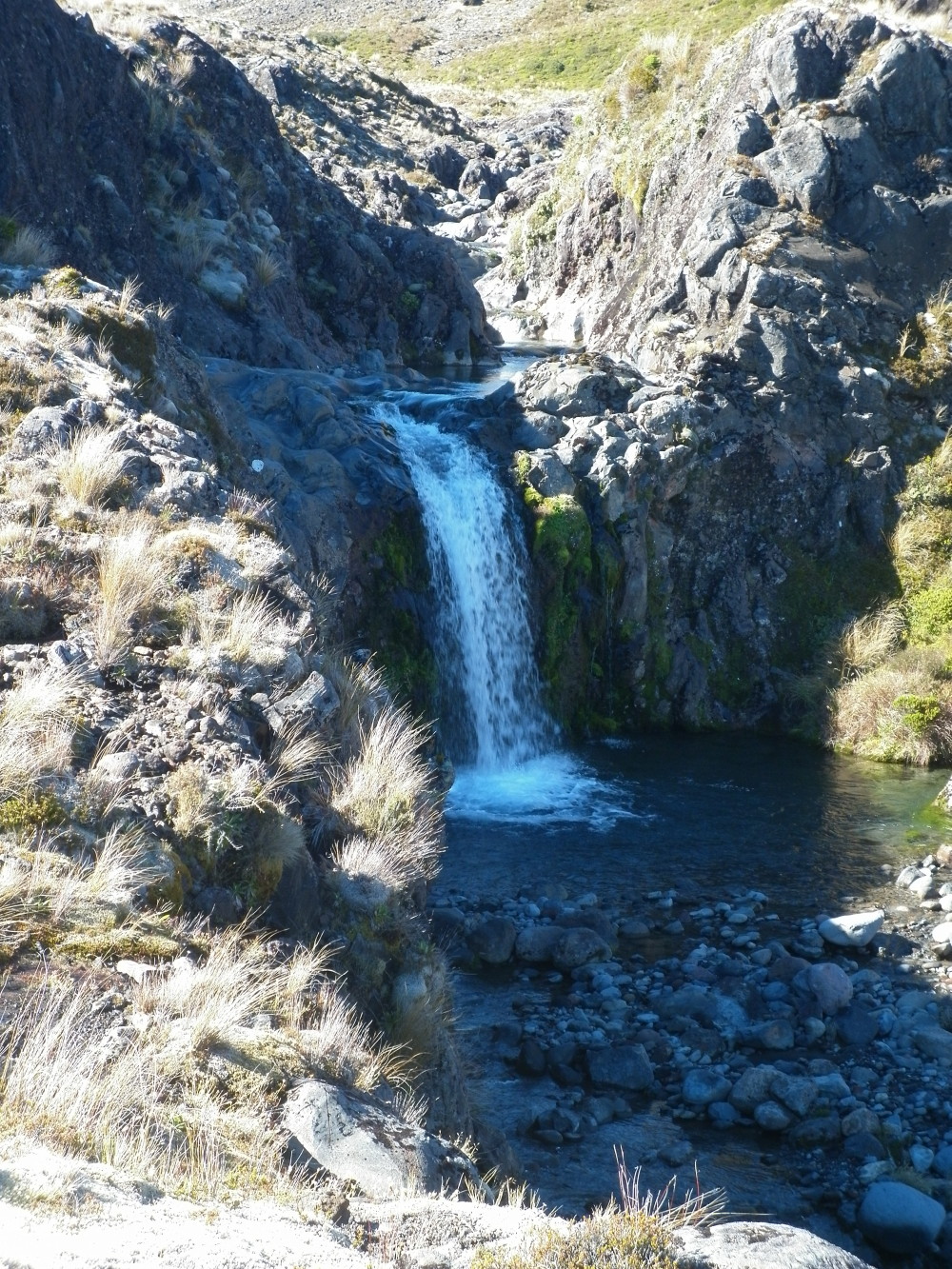 At this point, we split into two groups. The main group went on to the Tama Lakes and returned the same way. Six of us went off the main track but alongside the Wairere Stream for about 3 km before heading up a ridge across a level section and then down into another valley where there is a waterfall to sit next to for lunch and a climb into an extinct volcano. Unfortunately the waterfall was on low flow and what water there was, was being blown away on the stiff breeze. So although we saw it, we detoured away and headed for the volcano. Five of the group had never been in this area before, so it was a good experience. Pauline’s boot soles fell apart after just one river crossing and she had to do most of the walk with soles bandaged and taped to the uppers. We returned the same way to the Taranaki Falls, and then took the longer and more scenic route back to the Chateau.

Day 4: The day dawned bright and clear, so some wanted to go up in the chairlift with a few of those keen to get up to the Crater Lake. The outcome was that two got to the lake (Gossy and Bruce), some got about half way before turning back because they struck an area of very loose scree and took the safe option, and the rest had an extra coffee in the café at the top of the chairlift.

Whilst this was going on, four of us decided to do the walk from the Bruce Road to Whakapapa Village via the Round the Mountain Track and the Whakapapaiti Track. This necessitated a shuffling of cars, but the two drivers soon caught up with the leading pair. We had morning tea at the Whakapapaiti Hut, where we had a long chat with a solo tramper from Switzerland who had diverted to this area from the Te Aroha Trail that he was well on the way with. Coffee and a cake were on the agenda when we got back to the village. This was followed by a free ride up in the chairlift to the café where we linked up with all the others. 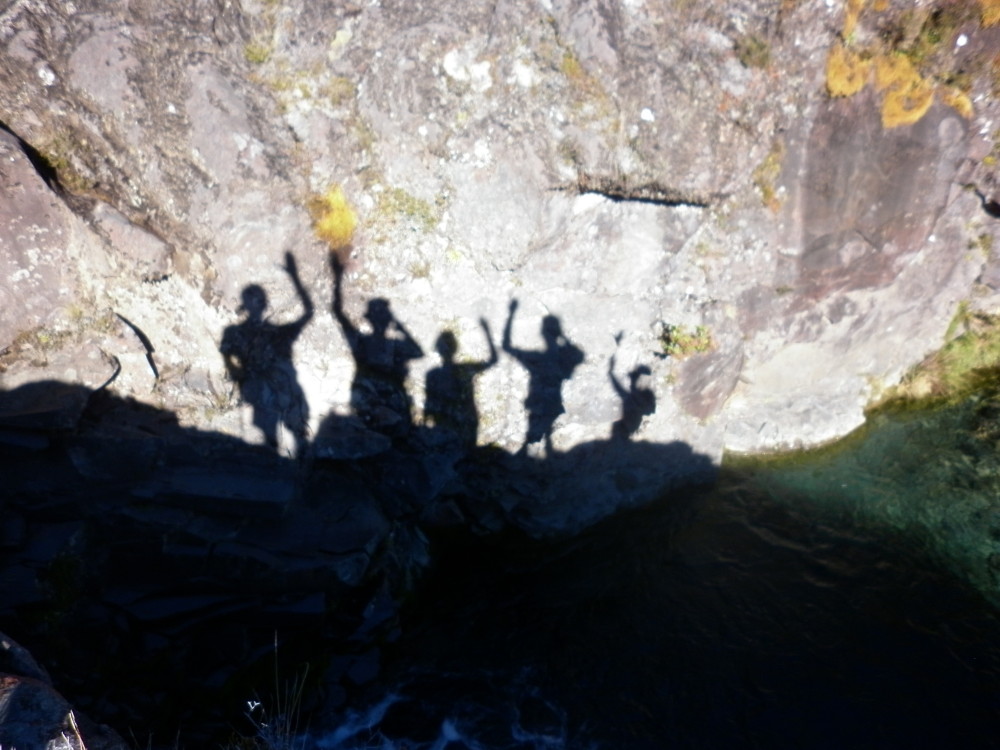 Day 5: Once again, the day dawned clear. We were down to eight at this stage, so off we went to National Park and turned right for Owhango along SH4. We stopped for photos of the giant kiwi and other creatures cleverly made from driftwood. At Owhango, we turned right and a short distance to the Whakapapa Bush Road for the walking track through the bush. The car park is alongside the Whakapapa River and the loop track takes about two hours. There are some magnificent specimens of giant trees. This is yet another area where there were in, earlier times, plans to clear-fell the forestry. Thank goodness common sense prevailed. We had lunch on a seat overlooking the river. On the way back to National Park, we stopped off at the lookout platform for the Raurimu Spiral on the rail track. Just by luck, a goods train arrived a few minutes after us and we had a fine view of it ascending the spiral.

Day 6: Rain, all night and into the morning. We had a slow breakfast and sat debating whether to pack up now and head home or wait a while and see if it cleared. The previous day’s mountain forecast said it should have cleared by morning, so we hung on. By late morning, it was dry and we set off to complete the Whakapapanui Track that goes from Whakapapa Village down the side of the stream of the same name and comes out about halfway down the Bruce Road. From there, we walked further down the road to see the Tawhai Falls which we expected to find in full flow following last night’s rain. We returned via the road to the village. It was a shorter distance than the track but we were going uphill into a very strong wind.

On reaching the village, we were so exhausted that we had to stop at the local hotel for refreshments.

Day 7: The usual: pack, clean up, carry the gear back down the rocky path, drop off the rubbish and recycling at the council site in the village and head off home. We stopped for a coffee just past Turangi.
Overall, it was very successful; we seemed to meet each individual’s expectations, achieved a few “firsts”, didn’t lose anyone, didn’t break any bones, learnt a few botanical names and nobody fell out with anyone else (or we don’t think so).

Many thanks once again to ATC for the use of the facilities, to Yvonne Shaw for all the pre-prepared food, and to the two organisers Paul and yours truly. It is not easy, but good fun.