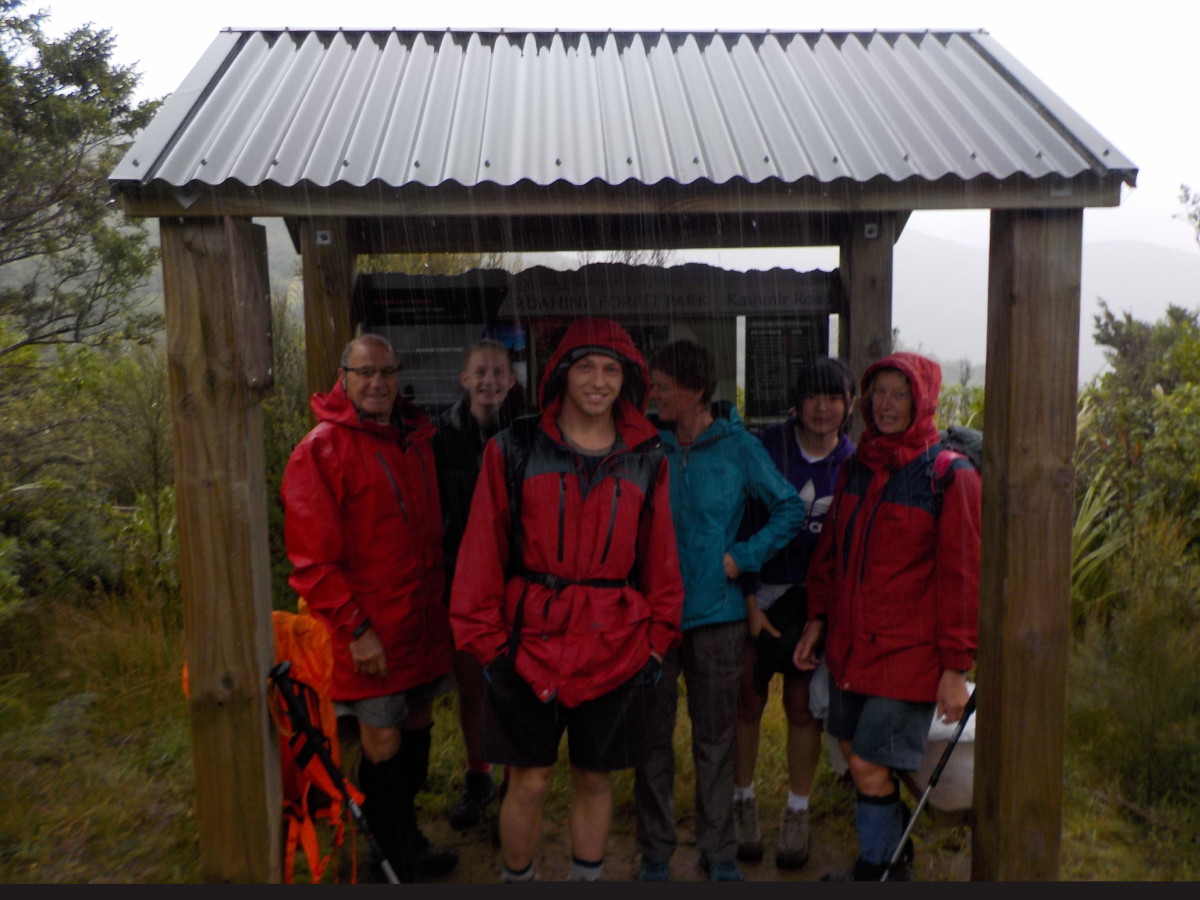 Seven of us knew the forecast was for rain and it did just that. We took two private cars out and it was great to see that Kashmir Road had been significantly graded. This made for a stress-free drive right to the road end.

We didn’t waste much time getting our coats on and heading up Moorcock Saddle. There were three newcomers on this trip and four of the party were making their first tramp up to Longview Hut.
Bruce brilliantly led the group and it didn’t take long to stop and look back to the car park and see how quickly we had climbed. But that’s when the views ran out, because the cloud cover was very low. The only thing that caught our attention were the thousands of water droplets on the tussock grasses glistening in the diffused light.

The pace was excellent and a number of stops for re-grouping ensured people frequently drank water. Although there was no sun, we were all still sweating inside our rain jackets. It continued to drizzle all the way up. The track was very muddy, and we had to manoeuvre around large puddles and it was awfully slippery in places. However, there was no wind!

Just as we arrived at the hut, the Lindisfarne College group were leaving to bush-bash down to Awatere Hut. Their large party was on a Duke of Edinburgh tramp. After a lengthy chat, we sat in a very clean and tidy hut for an extended morning tea/lunch break. It was still raining and the hut that is well known for its awesome views had absolutely no view! It was here that we all agreed to return to the car park as it was pointless continuing on the proposed tramp in these miserable conditions.

We set off again in the drizzle following the same path. The plan was to avoid slipping over. Unfortunately, that plan failed very early in the walk. The cloud cover was still very low. It was a pity our first timers didn’t have a view as we all know how spectacular this is on a fine day.

When we arrived at the cars, it was a quick change into dry clothes before they too became wet. Then a stop at Tikokino for a hot chocolate and plate of hot chips – not that anyone was hungry!
We arrived back at Napier inside two extremely muddy cars, mid-afternoon, to a little bit of blue sky.

Aranga Hut On Saturday 14 January the tramp was changed to a loop in the Northern Ruahine Range. … END_OF_DOCUMENT_TOKEN_TO_BE_REPLACED

Aranga Hut On Saturday 14 January the tramp was changed to a loop in the Northern Ruahine Range. … END_OF_DOCUMENT_TOKEN_TO_BE_REPLACED