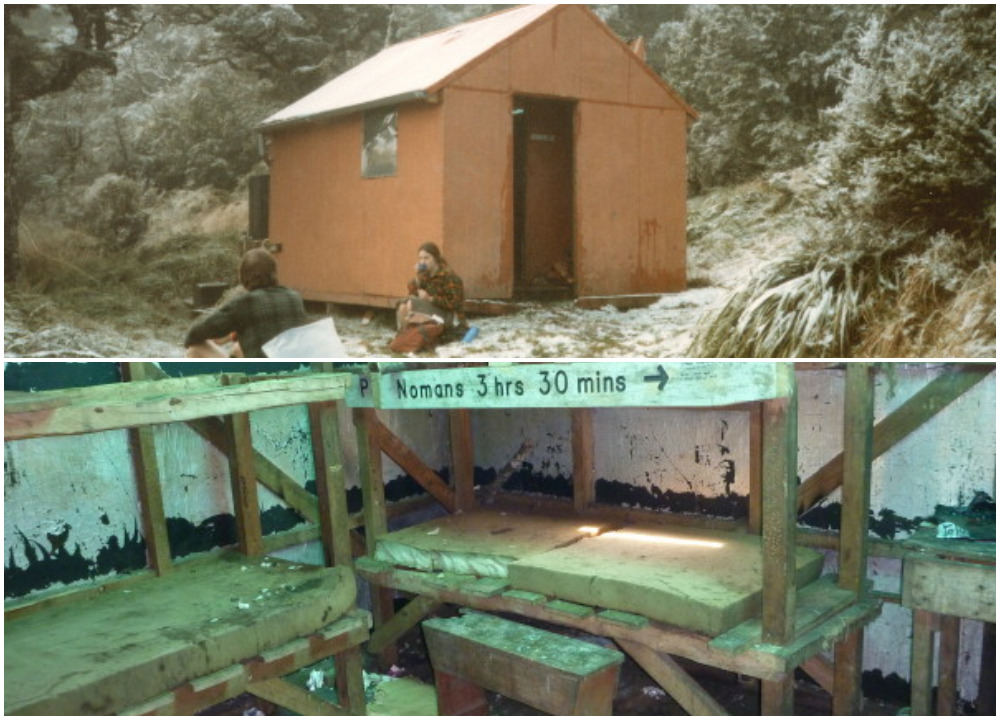 Three of us left Gwavas Forest at 9.15am, after an alarm clock failure. We started walking up Sentry Box spur about 10 and called in to Sentry Box Hut, where we found a hunter staying. We carried on up the spur and had lunch at noon, just below the bushline.

When we got to the top, we headed north-east along the main range. When we reached the track from No Mans, we put on hats and mitts due to a cold wind that had come up.

We arrived at Aranga Hut at 4.30. There was some confusion about the name of the hut. The map said Aranga, the log book said Hut Ruin, and the name on the door was Akaranga. So please yourself what you call it. 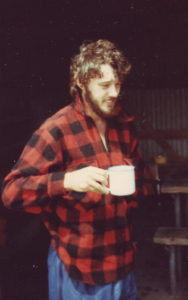 Some time was spent lighting the fire, due to very wet wood in the hut. We had tea in the dark, then argued about who was going to sleep on the floor, because two bunks were taken by hunters who’d arrived the day before. It ended up with Harry sleeping on a bunk without a mattress.

Morning brought rain with it, and a fire was attempted. But we gave up after John said he had a burner. We spent most of the morning clearing up and chopping wood. We left Aranga at 11.30 and headed straight to Parks Peak Hut, stopping off to have a look at the trig on Pohatuhaha.

We arrived at Parks Peak Hut at 1.30, to find the club’s day party there. We had lunch, and cooked up a stew. Then we left the hut at 4.30, two hours after the day party. 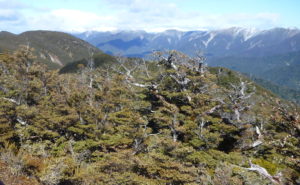 The views of the main range from the Parks Peak track

Darkness was approaching fast, so we decided to run down the track. This wasn’t such a good idea because running down a track in semi-darkness, you tend to lose the markers and run off the track. When we misplaced the track, we decided it was over to our right. We bush-bashed our way in the general direction. Not finding the track, we carried on down the spur – still bush-bashing. 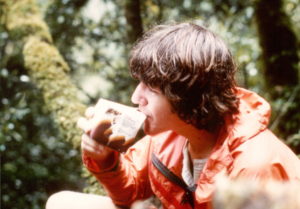 We found a survey peg in the middle of nowhere, so someone else must have been there.

By 6pm, it was pitch black and you had to feel for the branches in front of you so you got past them. Many times there were screams from someone who was tangled up and couldn’t get out.

Eventually we found a deer fence, so we followed that and farm fences out to the road. We were back at the van by 9.30.

Aranga Hut On Saturday 14 January the tramp was changed to a loop in the Northern Ruahine Range. … END_OF_DOCUMENT_TOKEN_TO_BE_REPLACED

Aranga Hut On Saturday 14 January the tramp was changed to a loop in the Northern Ruahine Range. … END_OF_DOCUMENT_TOKEN_TO_BE_REPLACED