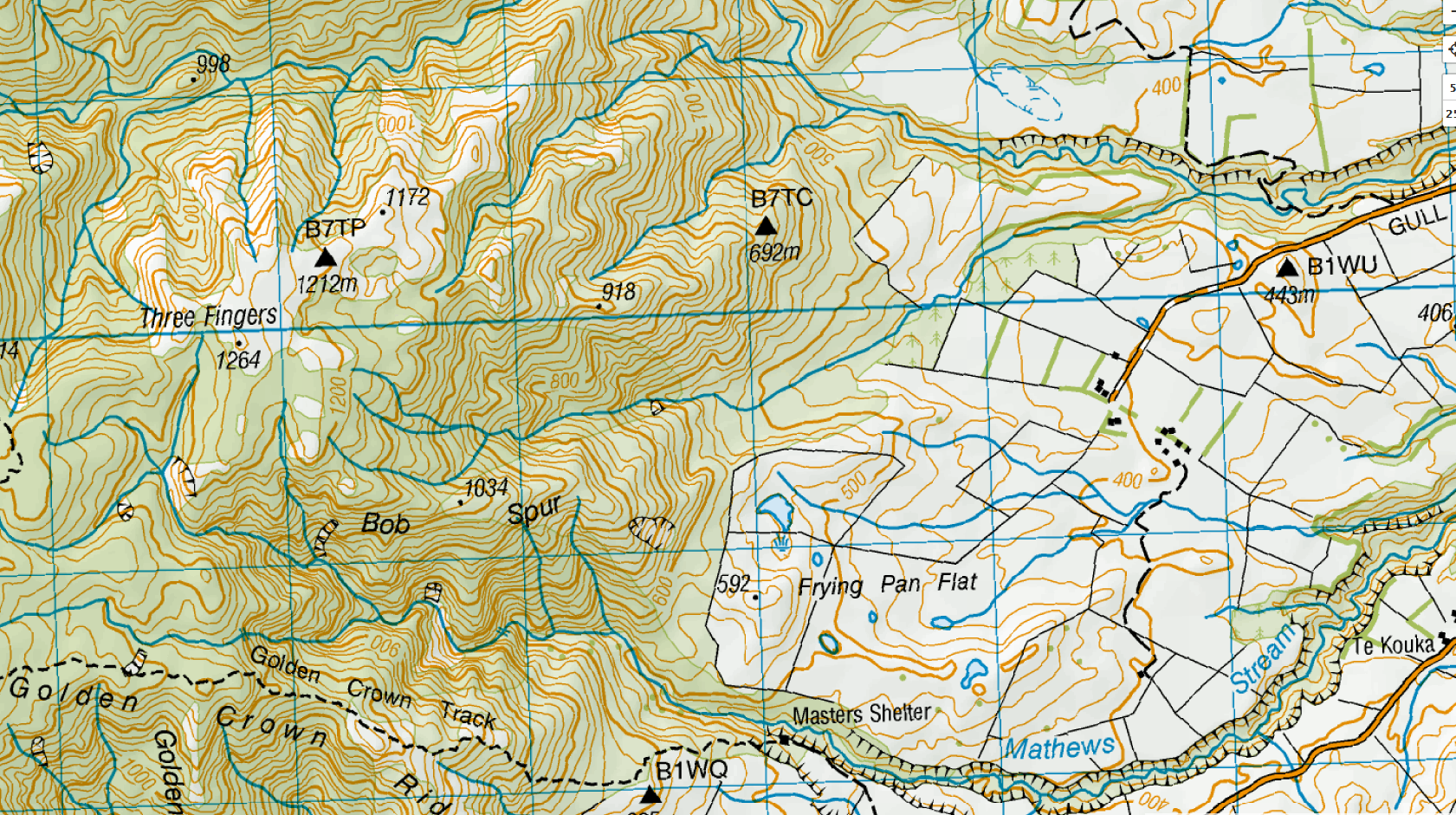 It was another one of those crisp winter Hawke’s Bay mornings as 19 members of the Napier Tramping Club found themselves on a special mission in search of Bob’s Spur.

After travelling in close convoy across the country roads, we reached the base of Three Finger Spur (the route we would use for our assault on Bob’s Spur). With eager anticipation, we donned our packs and began the steep and sometimes ‘bloody’ track up the slopes of Three Finger. The track was overgrown and hard to find in places; it was obvious no one had attempted this dangerous mission for some time. Bravely, we forced our way on. After several stops to take photos, have a snack and lick a few wounds, we reached the top of Five Finger. The sparkling views of Hawke’s Bay from the top provided an added incentive for our trip. 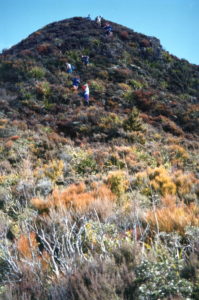 A little further on, it was decided to hold a special lunchtime conference and assess our position. After much discussion, using the map and compass and many fine brains, a route leading (as we then thought) to Bob’s Spur was sorted out. Reluctantly, several members reported the going was too tough and they would return to base camp (the cars). Permission was given and the remaining 13 set off with eager antic­ipation, ready to conquer Bob and his Spur.

We were led along a wavering track and a few members were heard to moan “Do they really know which way they are going?” But this was no time for talk of desertion; everyone must follow the leader.

“What compass bearing have you got, B?”

Down, down we went. By now, we were all starting to give each other sheepish looks. Where had Bob’s Spur gone? Someone yelled “Stop!” Alas, we’ve miscalculated. There is no spur in sight.

Out with the map and compass: which way now? A quick discussion and a new command is given: 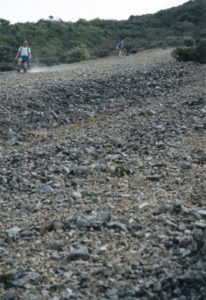 We must abandon our mission and head back to the lunch spot. With tails dragging, we retraced our steps back to the eating place we had left two hours earlier. Out with the map and compass – mustn’t make any miscalculations on the way down. With the light fading quickly, we soon made our way down the hill and back to the cars, to be greeted by two of the members who had left earlier.

Heading back to Napier, we were leaving the elusive Bob’s Spur for another day.

Back in 1977, this trip also gave a club party considerable trouble finding the way onto the spur. Given more daylight, the party would undoubtedly have found the way down. It is a good exercise to have a trip of this nature now and again and get off the beaten track. People appreciate the problems in the bush and it sharpens us all up. In this case, all the right decisions were made and remember what the film says: “The mountains will still be there another day”. 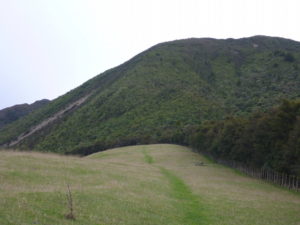 A strong party of 36 set of for Gull Rd, at the usual time.  We left the road end at 9.00am and split into two parties before setting off up the spur, first through scrub and then on to open slopes. The route lay over several bumps and then up a longish steep slope to a knoll at 4000ft from which there was a magnificent view over the whole of Hawke’s Bay. Both parties had lunch in a sheltered saddle by a stream.  After the leisurely lunch, nine of the party set off on the long trip to No Man’s Hut, and Herricks Spur.  Bevan Campbell, Mathew Porteous and Bruce Campbell decided to return by way of the adjoining stream and inspect the waterfalls on the way.

The fast party reached No Man’s Hut and then found that the trip back down Herricks Spur was a good three-hour tramp. They arrived back at the cars after receiving a lift for the last mile in a farmer’s utility.

The main party of 24 meanwhile reached the top of the ridge and turned south.  Re-entering the bush, we reached the top of Bob’s Spur after some minor diversions.  The descent of the spur involved some pushing through some very thick scrub accompanied by many suitable comments and scratched and bleeding legs.

Nearing the bottom of the spur, a small party came down by way of a convenient shingle slide, a new experience for most and thoroughly enjoyed.

All were back at the cars by 6.30pm and back in Napier at about 7.30pm after a fairly strenuous day tramp.

Note: It is with kind permission from the landowner/farmer we are able to access this tramp from Gull Road.

Contents: NTC AGM is on Thursday May 5th. There will be supper after the meeting. Club Meeting … END_OF_DOCUMENT_TOKEN_TO_BE_REPLACED

Contents: NTC AGM is on Thursday May 5th. There will be supper after the meeting. Club Meeting … END_OF_DOCUMENT_TOKEN_TO_BE_REPLACED