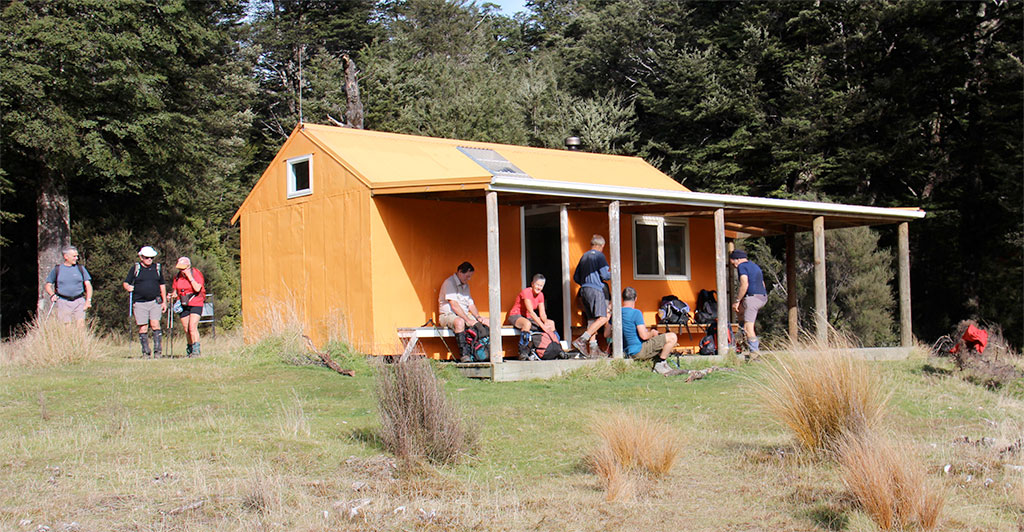 A lovely late autumn day set the scene for a pleasant tramp in the lower Kaweka Forest Park. After leaving the Mackintosh car park, the group spread out, each member taking their own time going down then up from the Tutaekuri River and regrouping at the hut for morning tea. 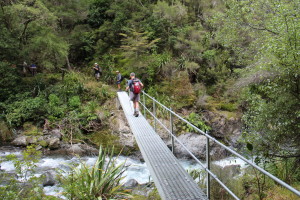 The first crossing of the Tutaekuri River

It’s an easy walk from there down Mackintosh Spur, where we had an early lunch in the sun with a view, before dropping down to the Donald River. The track has been rerouted at the bottom. Instead of scrambling straight down a slip for the last 20 metres or so, the track now diverts and goes down to the side at a better angle.

Crossing the Donald was no problem as the river was low, then it’s up the bank and a short steep climb to meet the Lotkow-Lawrence track.

About 20 minutes later, you cross the swing bridge over the Tutaekuri River again to the car park, where our volunteer drivers Vic and John Gray, had kindly driven the vehicles round to pick up the group.