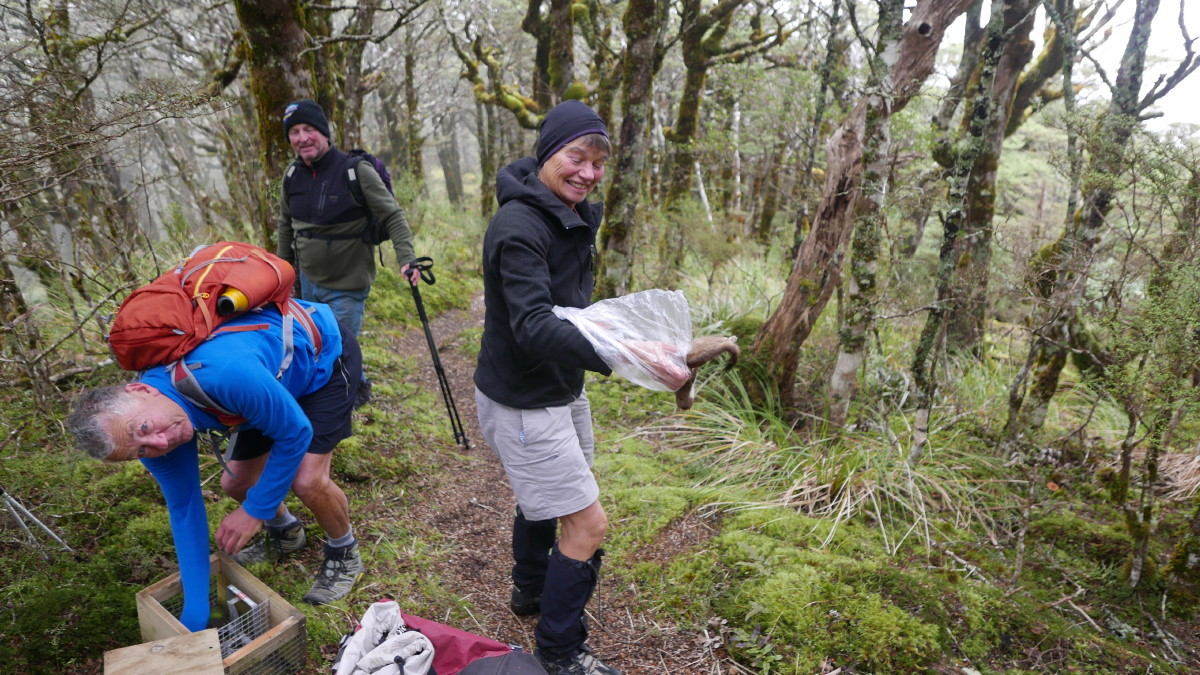 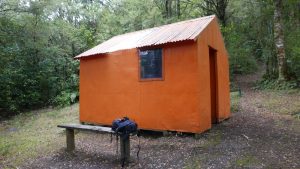 Five trampers headed off for the day walk up via Sentry Box to Parks Peak Hut. For Juliet and Di, it was a revisit from the previous fortnight when a tramp in the same area had been unfortunately shortened. Doug hadn’t been up that way in years and it was a first time for Campbell.

The forecast was for rain in the afternoon but shortly after we began the ascent, the cloud started rolling in. When we got to the tops, it was obviously not going to be worthwhile to make the effort of going in the wrong direction for 15 minutes to the look-out. There would be no views to see! So we all trooped towards the hut in the other direction.

Having reached the tops well within the specified time of 2.5 hours, we thought that it would be a very early lunch as the signpost suggested 30 mins to the hut. We went up and down the undulating track more than once and felt we were making reasonable speeds but the 30 minutes stretched to 40 minutes. There were disparaging remarks made about incorrect signage by someone! Ultimately we did make it to the hut and warmed up with lunch. 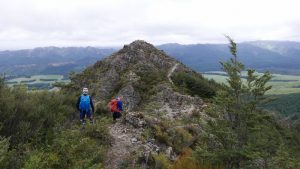 Passing the Rocky Knob on our walk out

On the return trip, we found a couple of trap boxes which hadn’t been emptied for a while, with a dead stoat in each. Having had instruction on how to reset these traps some months ago, we thought it would be a good idea to try this out. Unfortunately we had to give up on the first, but the second one was easier to work with and we realised the error in our technique. Hopefully the resetting will result in the demise of more stoats to save the birds from this enemy.

On the way down, we felt that the cloud had somewhat cleared but we were still pleased to be finishing the day early. We made it back to the car and arrived back in Napier by 4pm. Thanks to Bruce for providing the transport.