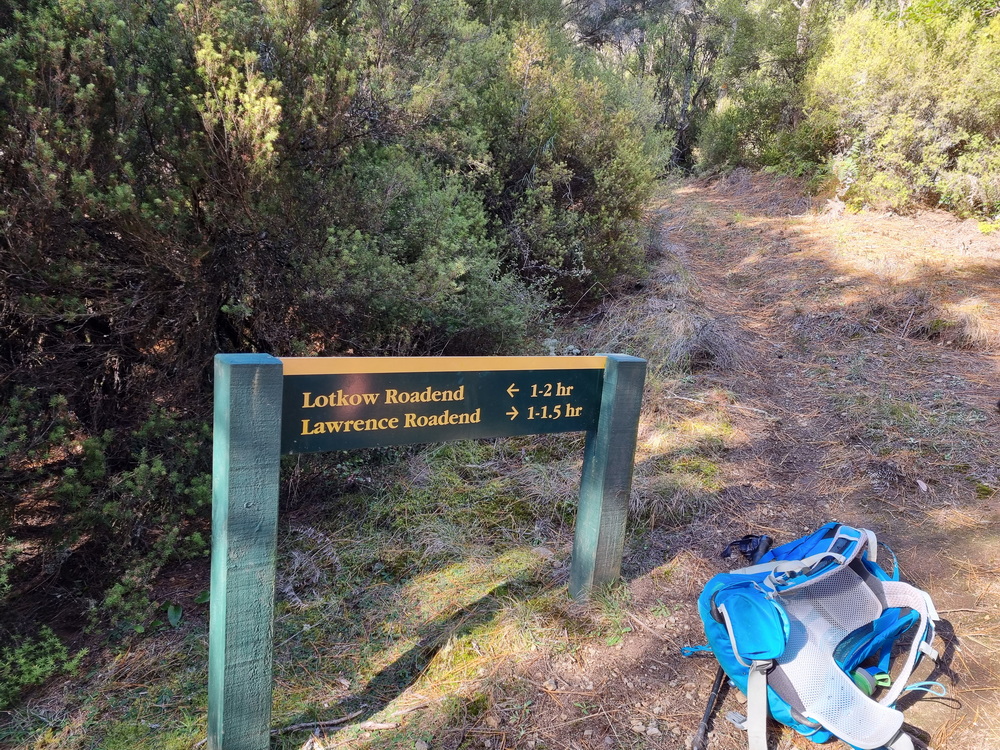 Mackintosh car park to Lawrence Road, Kaweka Forest Park, Wednesday 25 May 2022. Map: BJ37
Banner Photo: The DoC track sign for a track which is not on Topo50 NZ

Ten club members left Mackintosh car park and had a leisurely stroll down to the bridge across the Tutaekuri River. Sue M, Ted and Tony walked towards Mackintosh Hut, then returned to the car park for lunch and to bring the van around to us at Lawrence Road. 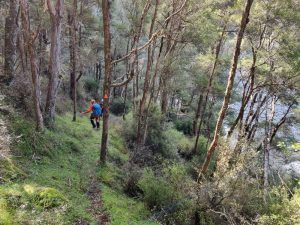 Dropping down to the Donald River

The remainder regrouped at the hut for morning tea in the sun then headed across Mackintosh Spur, dropping down to the Donald River; it was a pleasant walk among pine needles and soft mossy ground cover, and we stopped for lunch about 120m from the river.

We had followed a very experienced mountain biker’s tracks the whole way. Amazing how he negotiated the terrain which was steep heading down to the river, where the track had many tree roots and was quite slippery. 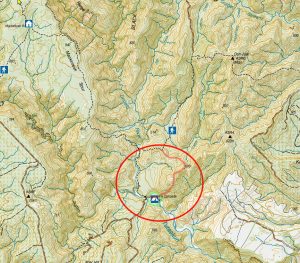 The track which is not on Topo50 NZ but is signposted

Crossing the river, we got our feet wet but it wasn’t deep or swift. Up the other side to the Lotkow-Lawrence track, which was not on our Topo map. About 45 minutes later (the sign said 1hr – 1.5hrs to the road end), we crossed the swing bridge and were thrilled to see Ted had driven down to pick us up, saving a walk back up the road.

We were at Park Island by 3.30pm. A big thank you to our drivers, Alison and Ted.

Aranga Hut On Saturday 14 January the tramp was changed to a loop in the Northern Ruahine Range. … END_OF_DOCUMENT_TOKEN_TO_BE_REPLACED

Aranga Hut On Saturday 14 January the tramp was changed to a loop in the Northern Ruahine Range. … END_OF_DOCUMENT_TOKEN_TO_BE_REPLACED