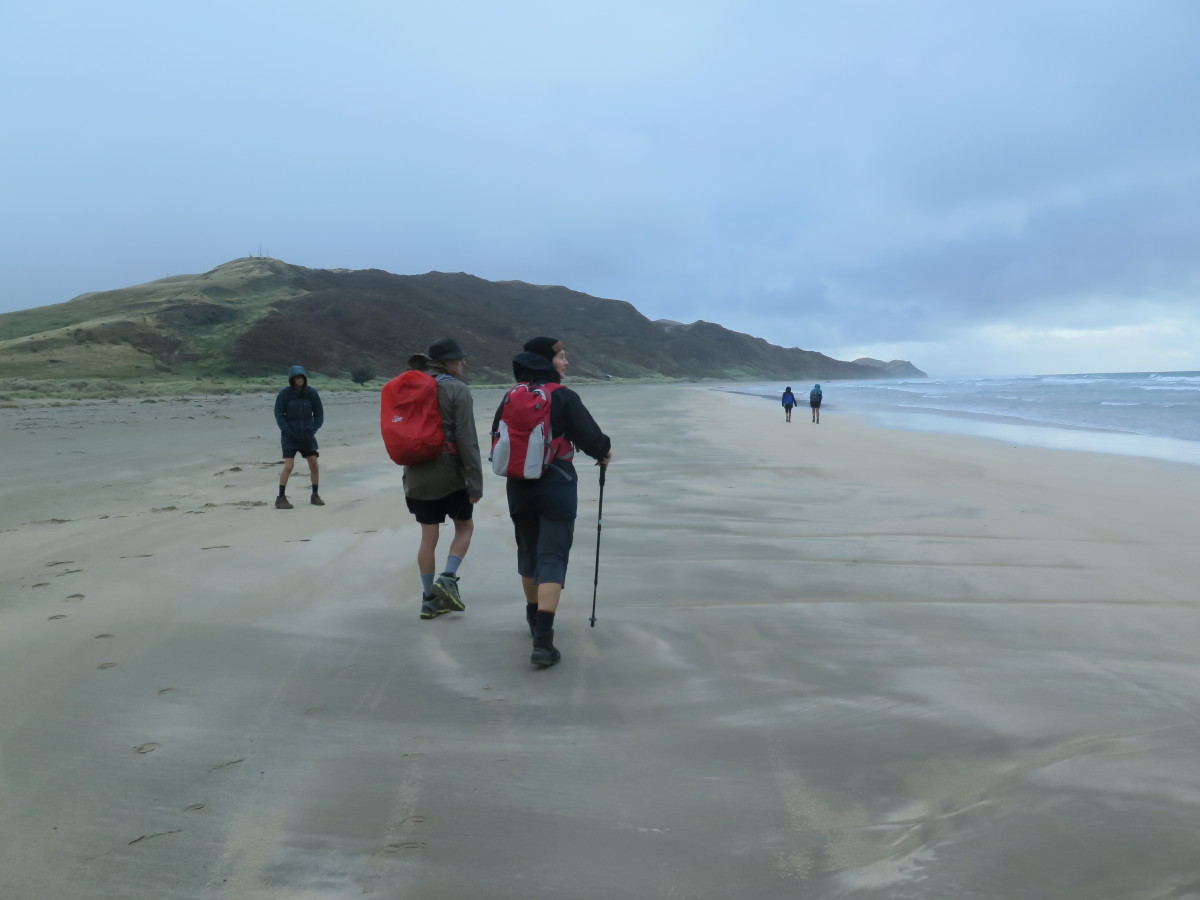 It wasn’t a very promising start to the day as 11 of us left Park Island in the van. Rain and strong winds were forecast but being the brave bunch of trampers that we are, we looked forward to the day.

Organiser Kelvin suggested we walk from Pourere to Mangakuri so the wind and rain would be at our backs. He and Vic dropped us off about 9am and, with raincoats on, we set off. Surprisingly, we encountered only intermittent showers. The southerly wind was cold but we found a good spot to shelter for morning tea. 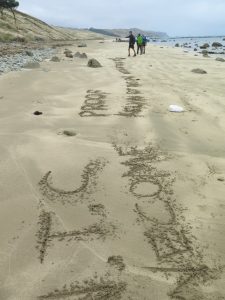 It’s a lovely walk along real sand, not like Napier beaches, so even though no one wanted to have a swim, the sea was relatively calm. About an hour and a half after starting out, the lovely walk finished and we encountered rocks and boulders. I must admit I’m not keen on rock-hopping but the shapes of the biggest rocks were quite impressive.

Stand-off with the steer: Alas, we had all forgotten to bring our muletas

We stopped for lunch about an hour from Mangakuri, sheltered once again from the cold wind. We saw a lonesome seal on the beach just before the first lot of rocks then another one on the other side. A young steer had somehow ventured down from the farmland and was wandering along the beach. We tried to convince him to go back up the cliff but he wasn’t having any part of our attempts to get him back to the grass. 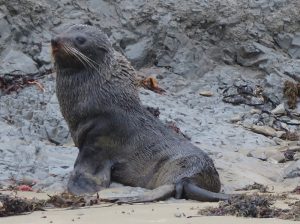 At 1.30pm, we sighted the van and headed back to the Patangata pub for a coffee and a relaxing seat on the couch in front of the fire. It was with some reluctance we had to leave and go home.

A great day with great company.