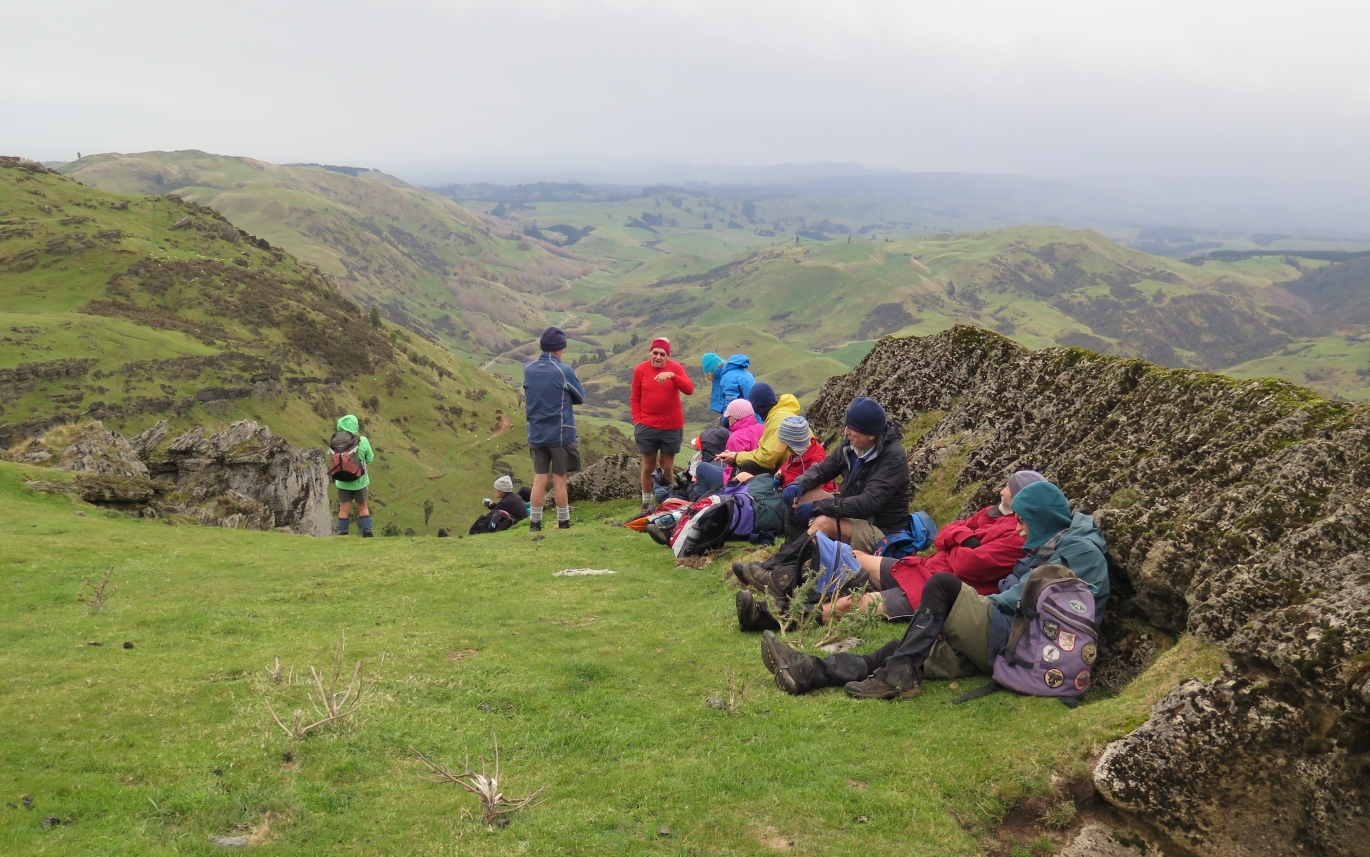 A big group was out for the tramp to the beacon on the Te Waka range, but once again the weather was not looking good. It was decided to give the trip a try and see how far we would get; maybe the predicted showers would not eventuate. We started the tramp on Potters Road, and had permission from the farmer, as the tramp is entirely on private land. 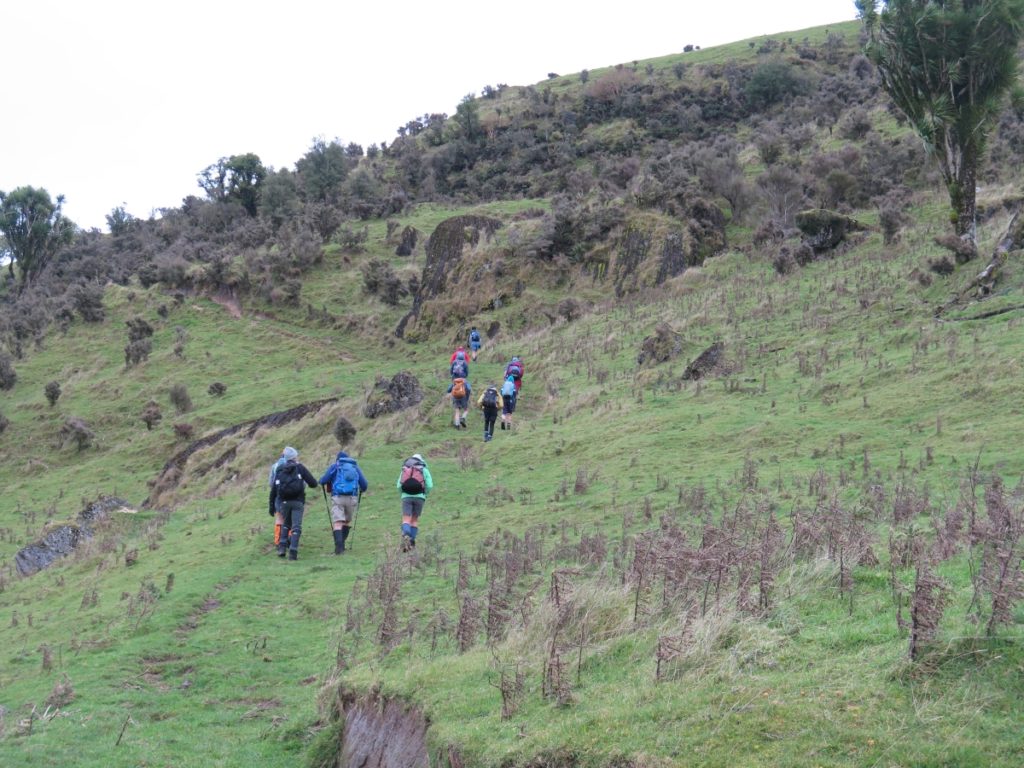 A very cool breeze straight off the snow-covered Kawaka range kept us wrapped up. A slight miscalculation saw us off-track but after some “straight up climbing” we found where we should be and continued on, stopping for morning tea behind large rocks for shelter. We reached the grass-covered open tops at the same time as a heavy shower of rain; it was very cold and as we could see no further along the range due to low cloud, we decided to pull the plug and return to the vehicles. 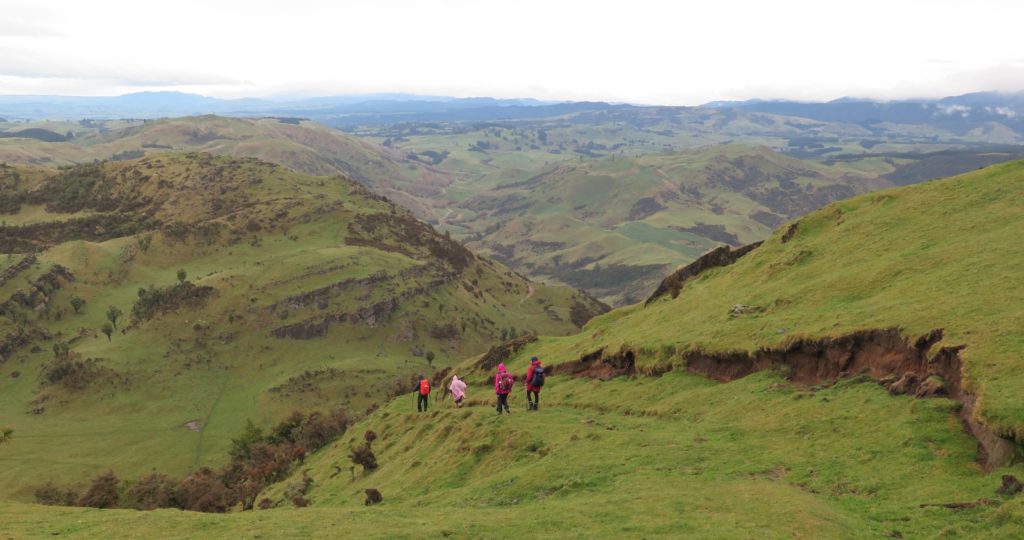 We had had some quite lovely views towards Napier and the Cape and back down the Mohaka River on the way up, but now it was all cloud. On the way into town, looking back, the shower had cleared but there still lingered some low cloud. Maybe if we had waited it out, we could have made the trig, but then you don’t know at the time.

A disappointing day, but there will be a next time!