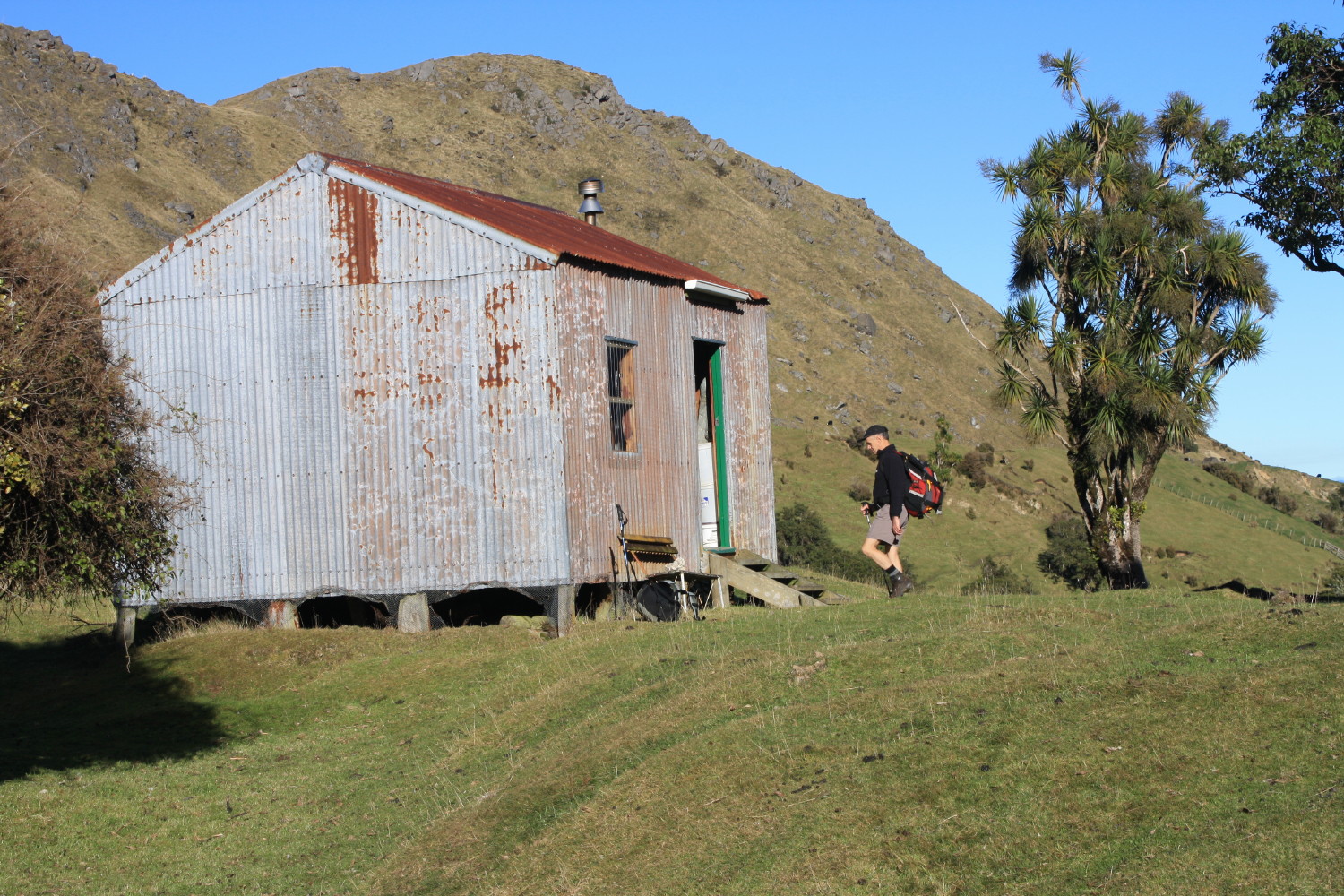 We arrived on a beautiful clear, frosty and calm morning, with lifting heavy fog blanketing the Mohaka Valley. A very cold start had the group quickly readied for the day and setting off up the farm track. 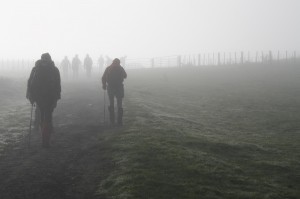 Beautiful silhouettes of people walking ahead in the fog for the first 30 minutes gave a picturesque air for the day. Steadily climbing, we tramped into sunshine for the remainder of the day. Part of the farm streams were fenced off for the native trees with horopito, hoheria, kahikatea, kanuka and ferns alongside the track as we continued to climb.

After another hour, we stopped for a morning break at Galbraith Hut. From the farm track, the hut is hidden amongst the native trees. The four-bunk hut was alive with memories from past trampers staying the night. 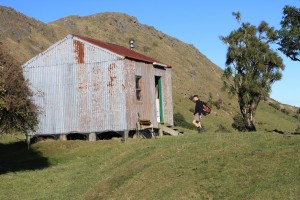 After 60 minutes more spent steadily climbing up the foothills and passing Ahuateatua, the group began the ridge-top walk to Taraponui. Remnants of snow from last week’s wintry blast still remained in the southern hollows.

The group reached Taraponui at lunchtime, enjoying spectacular views of Ruapehu and Tongariro in heavy snow, along with the Kawekas, the Mohaka Valley and Mangahuruhuru Range and the Ahimanawa Range. 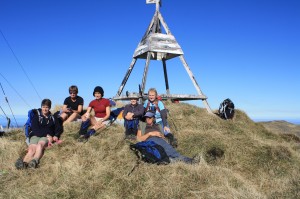 After lunch, many group and personal photos were taken. Then we had a leisurely return walk, reaching the van about 3.00pm.

It was a day to remember for long Autumnal shadows, calm and sunlit skies, and for our new member, Ann Nelson, a great day to begin tramping.

Aranga Hut On Saturday 14 January the tramp was changed to a loop in the Northern Ruahine Range. … END_OF_DOCUMENT_TOKEN_TO_BE_REPLACED

Aranga Hut On Saturday 14 January the tramp was changed to a loop in the Northern Ruahine Range. … END_OF_DOCUMENT_TOKEN_TO_BE_REPLACED