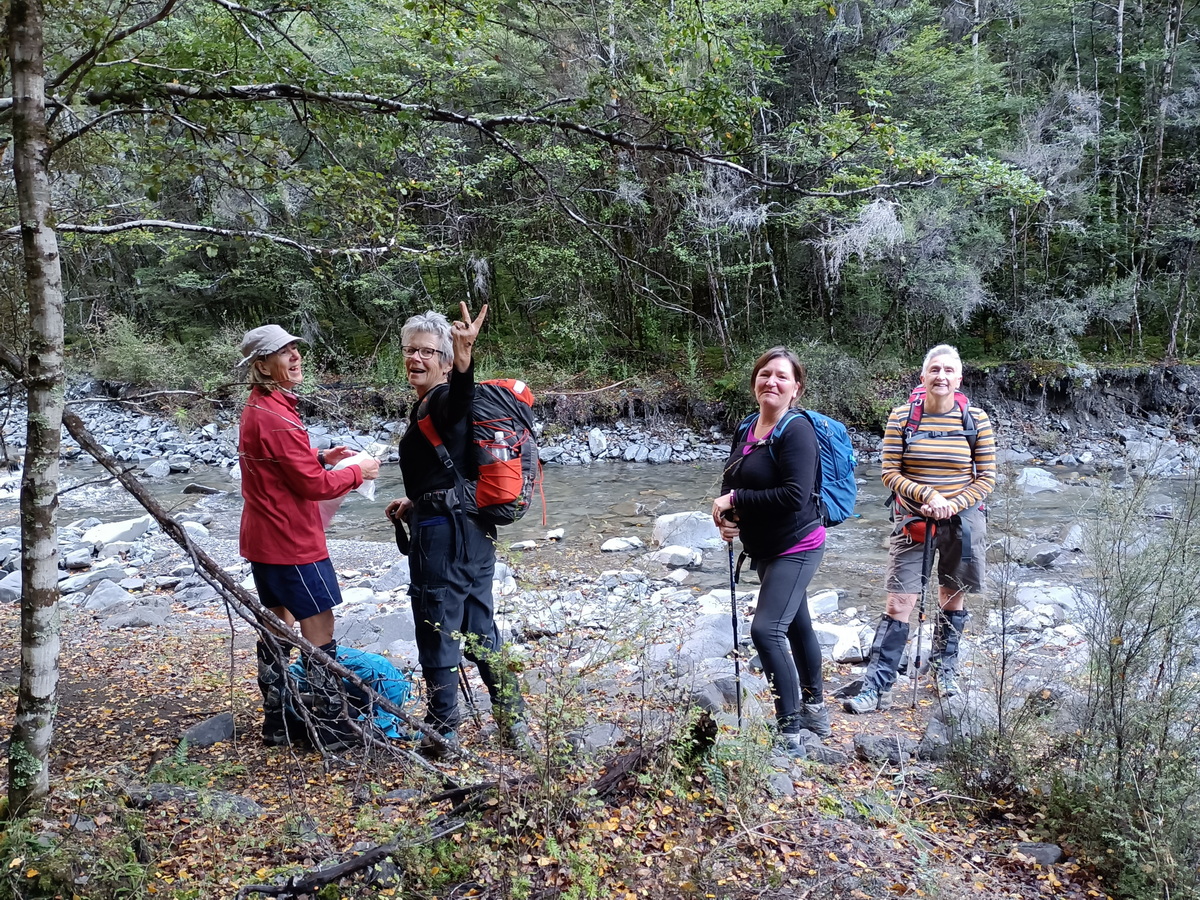 The great Billy Connelly’s words spring to mind, as our tramp was exactly that – windswept and interesting!

Six of us departed Napier in two cars, arriving at the Makahu Saddle car park at around 8.20am. There was snow on the tops and it was absolutely freezing so we quickly donned our boots, jackets, hats and gloves and set off, after giving Gordon a key to one of the vehicles so he could take shelter. 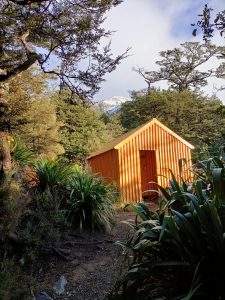 We soon passed by the Makahu Saddle Hut, and continued on through some lovely bush – particularly nice in the soft morning light – and came to our first crossing. It was a little tricky to find the track on the opposite side as it was not clearly marked – Marie went on a quick recce further down and found the orange marker.
After crossing the Makahu River, onwards to Kaweka Flats Bivvy in time for morning tea – a hunter was there but we left him in peace and retreated to the rear of the biv to get out of the gusty wind.

Further on, there were several boggy patches – lucky for us, Di was leading so we were able to see if she chose the best route, then either follow her or make our own choice. The recent rain had also made parts of the track quite slippery so you had to watch your footing on the descent – first in the open going down clay and scree, and then back in the bush with leaf litter and tree roots to contend with. 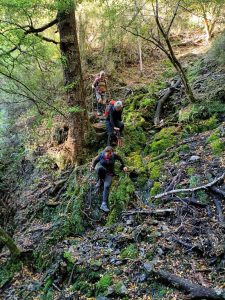 The drop down to the stream from Kaweka Flats

Across a stream and then the long climb back up the other side, stopping several times to look back over at the clay embankment we’d traversed, plus the views made even more special by the smattering of snow on the ranges.

We went most of the way to Middle Hill Hut but decided that time was ticking by and we still had the return journey ahead, so a decision was made to stop for lunch then turn back. There is a gorgeous patch of umbrella ferns on the way down to the stream, but very little birdsong. 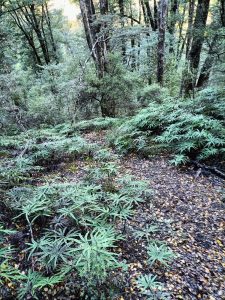 As the afternoon progressed, the weather deteriorated and we had a bit of sleet and were nearly blown sideways by really strong wind gusts on the exposed clay siding. However, we were lucky that the sun had been out for the most part and it was warm when out of the wind.

Back at the car park, we rounded up Gordon who was happily chatting with a group of men who were at the Makahu Saddle Hut, then we headed back to town – with Marie and Mary having to hop out several times to move trees and debris that were blocking the road. We arrived back at Napier at 6pm and all agreed we’d had a marvellous day – the scenery and the company were fabulous, and there is nothing like a blustery day to blow the cobwebs away.

Aranga Hut On Saturday 14 January the tramp was changed to a loop in the Northern Ruahine Range. … END_OF_DOCUMENT_TOKEN_TO_BE_REPLACED

Aranga Hut On Saturday 14 January the tramp was changed to a loop in the Northern Ruahine Range. … END_OF_DOCUMENT_TOKEN_TO_BE_REPLACED