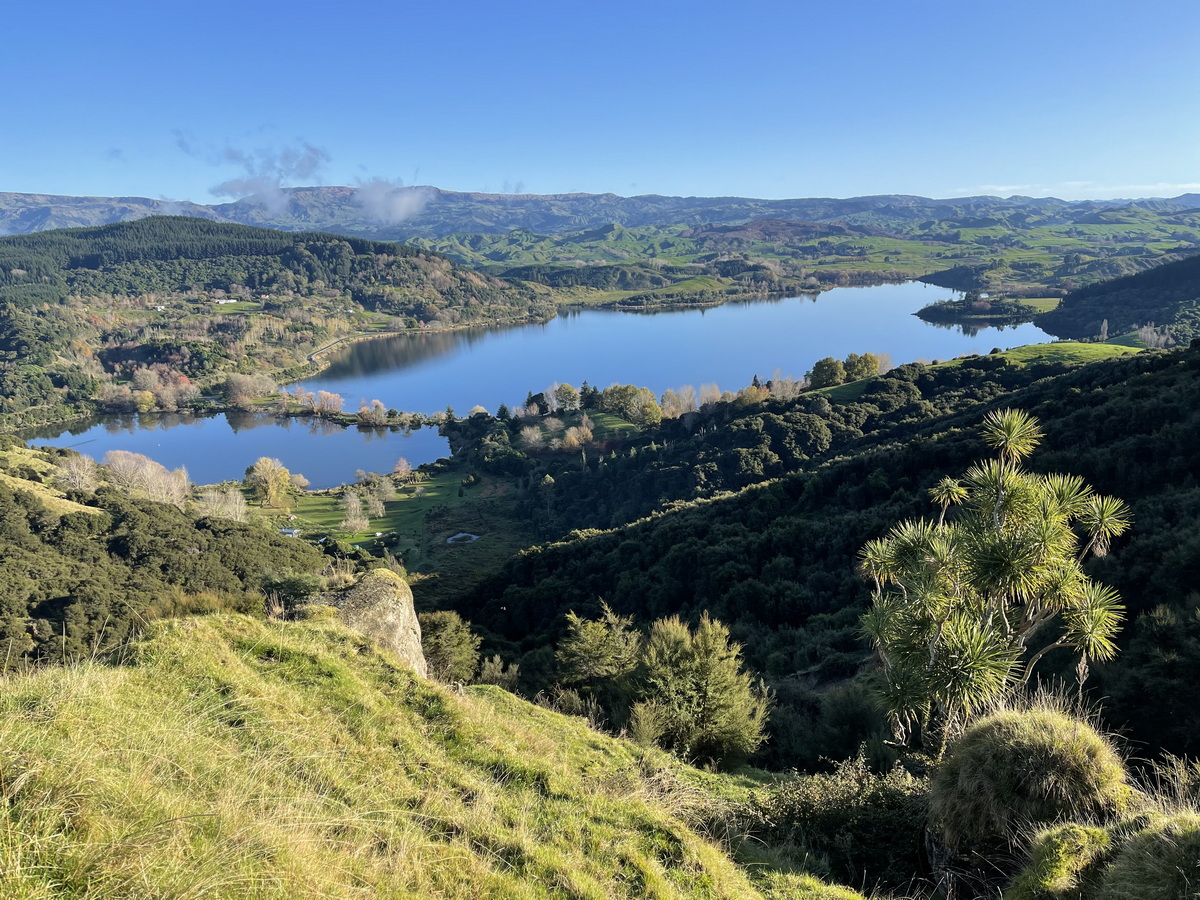 Lake Tutira, local, 8 June 2022
Banner Photo: The view of the lakes from above

Lake Tutira was sparkling in the sun when we arrived at the camp ground. The morning drizzle had disappeared, leaving a blue sky day, the late autumn colours mirrored in the calm water. 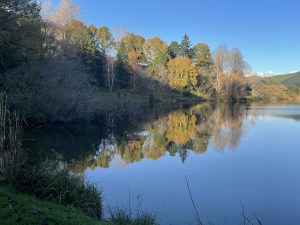 The autumnal colours and wintry sun, reflected on the lake

Walking back along the road, we picked up Peras Track on the edge of the smaller Lake Waikopiro. The wide farm track deviates from the topo map, climbing up above the lake onto a ridge, giving great views over the lakes to the Maungaharuru Range and beyond.

Continuing along the ridgeline, the track meets up with the Tutira Walkway and finally to the trig, at 494m the highest point of the day. We could now see where logging of the Tutira regional park was taking place – and preventing us from completing the circuit. 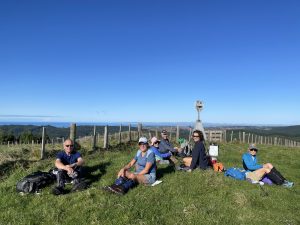 Sitting in the sun admiring the 360 degree views, we enjoyed a leisurely morning tea before retracing our steps back to the signpost, taking the shorter route down to the camp ground.

Tony and Kelvin were waiting for us after having explored around the lakes, and Ted had made it down after leaving us before the trig.

We changed into better gear and headed off to Snapper Park for our social, solstice lunch.

Aranga Hut On Saturday 14 January the tramp was changed to a loop in the Northern Ruahine Range. … END_OF_DOCUMENT_TOKEN_TO_BE_REPLACED

Aranga Hut On Saturday 14 January the tramp was changed to a loop in the Northern Ruahine Range. … END_OF_DOCUMENT_TOKEN_TO_BE_REPLACED