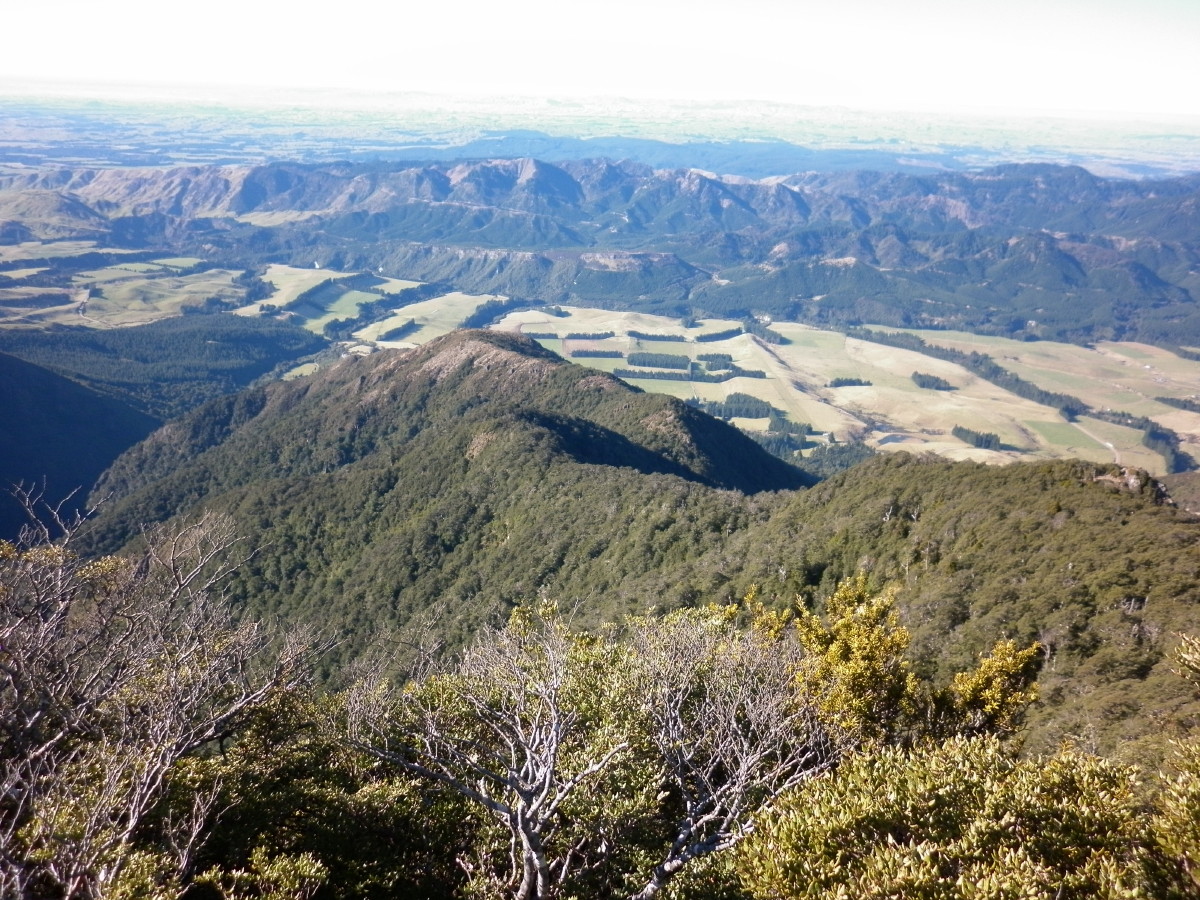 The day started with frost and a temperature of 1˚, but there was a forecast at Napier of 18˚. Roll on the sunrise and a rise in temperature, we thought. Murray gave us a practical demonstration on what to wear when starting a tramp at that temperature. The fur-lined ear flaps on the hat made everyone envious, but Murray had overlooked the fact that it was going to get a lot warmer, and removing those over-trousers (good enough for the Arctic) would not be easy.

There were 17 keen trampers in the van and one car. As we travelled along Kereru and Mangleton Roads, we were surprised to see so many lambs; it was the first week of Winter, not Spring. We parked at the end of Mangleton Road and soon reached the Sentry Box Hut. The club had replaced some old bunk beds and the fireplace a while back, and although it is a small hut with limited facilities, it looked in reasonable condition.

From there it was a steady climb to the ridge. DoC’s estimate from road to Parks Peak Hut is three hours. Some parts of the track were greasy with dew and frost, but overall it is well marked. Towards the top, there was remaining evidence of snow in patches from the previous week’s southerly. Occasionally we were able to look back at the Mangleton Valley and the Wakarara Range on the other side of the valley. It really was a good clear day, with magnificent views. 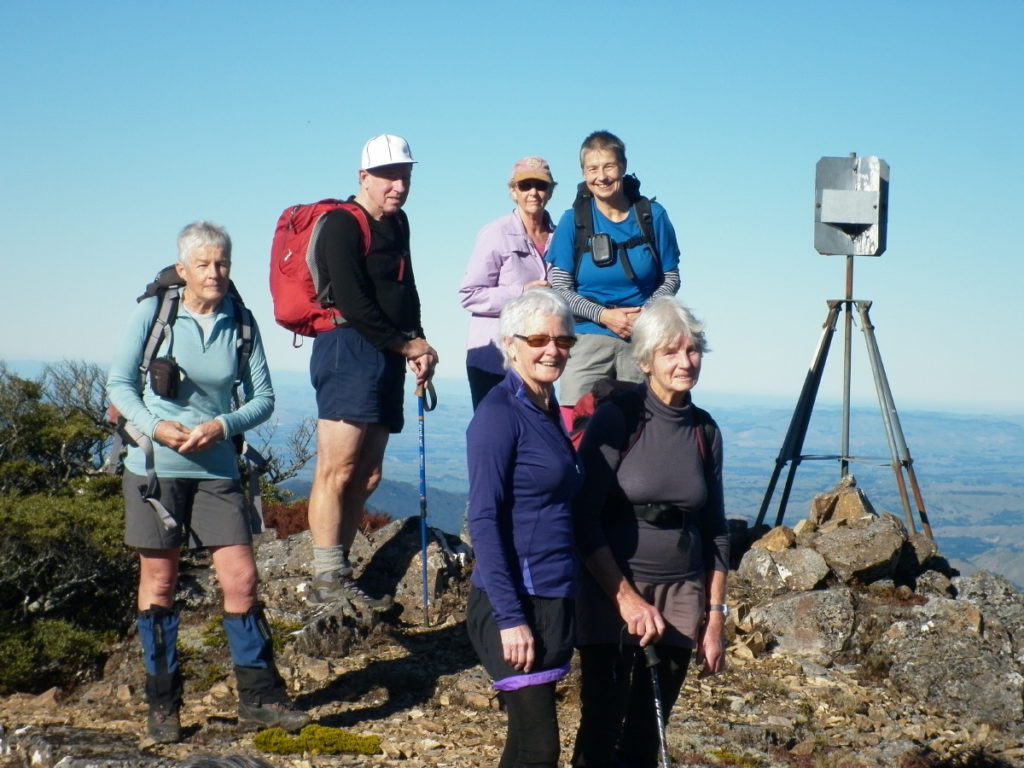 When we reached the junction, we turned right on the track to Aranga Hut so that we could go to the trig point and lookout which was about 15 minutes along the way. This detour was well worth it as the views are tremendous. Mount Ruapehu was clearly visible and covered in snow.

We then backtracked to the junction and set off on the last section to Parks Peak Hut. DoC’s estimate was 30 minutes but it took us at least 40. Overall though, we were at the hut well within the three hours.

This hut is new, well-equipped, clean and tidy. Alison cleaned up some broken glass where it looked as if someone had been having target practice on a bottle. The water tank was empty, further evidence that the autumn in Hawke’s Bay has been unusually dry – or did someone leave a tap on?

The return journey was uneventful apart from a few slips and slides. We were all back at the road by 3.00.

A good day was had by all.