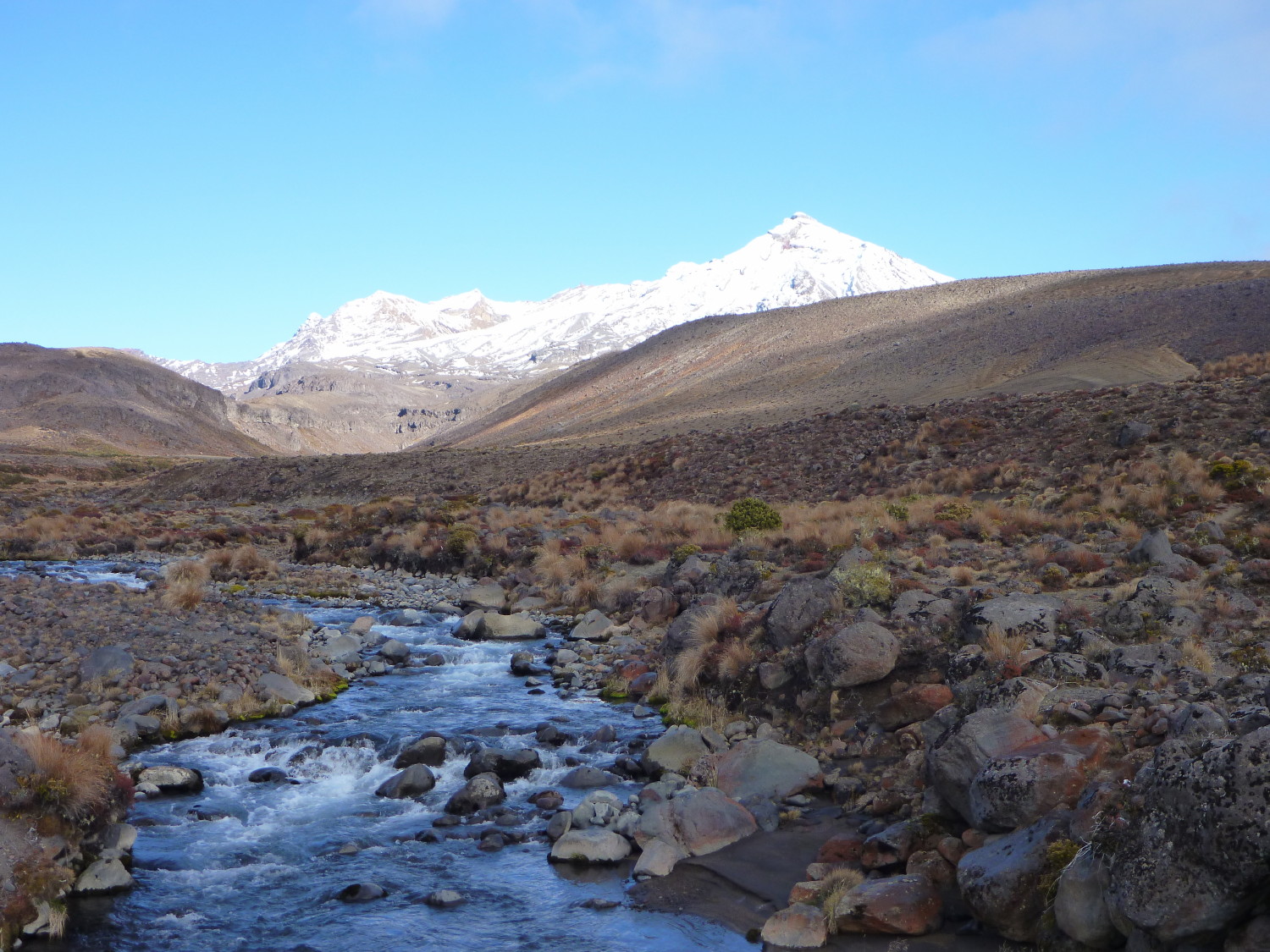 How many photos can you take of Mt Ruapehu and Mt Ngauruhoe over a Queen’s Birthday weekend? Oodles: you just have to take one when you see it first, then get closer, then when it looks pink, then when the cloud partially obscures it, and so on. You get the picture; the scenery over the weekend just begged to be photographed. 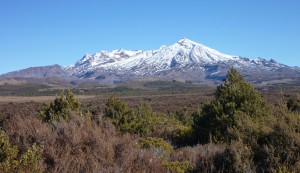 Seven of us had decided that we would enjoy the new Waihohonu Hut. We all agreed that it was 5-star luxury. The lights at night, and hot water available were just two of the most immediate luxuries. The design of the hut, with a large kitchen/dining area, and separate bunkroom accommodations, made it feel comfortable even though the hut was full with each of the 28 bunks taken. The windows facing the two mountains, with the decking and table options which I suspect would be used more in summertime, gave the hut a palatial feel. 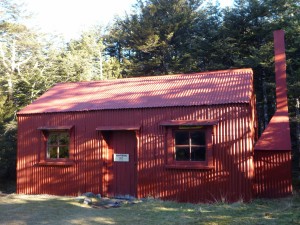 We arrived at the hut around midday, and had the afternoon to go and explore the original Waihohonu Hut, and the Ohinepango Spring. The original hut was built around 1904, as a stage on the trip from the Whanganui rivermouth through to Ketatahi for coach and horse travellers.

What intrigued us most was the separate accommodation for the women, banished from the warm fire, and given only a mirror in their sparse bunkroom. The men, meanwhile got the main bunkroom, with the fireplace and no doubt were near the food store.

The Ohinepango Spring, emerging from underground sends up a huge amount of water which is clear and cold.

Back at the hut, we spent a night learning to play Quidler, a word card game that Kay had bought along. 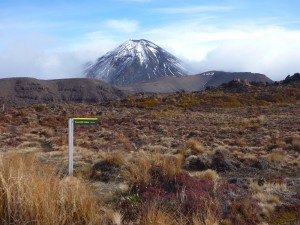 The next morning, we decided to go and visit Oturere Hut. The day did not look promising, but we put on warm clothing and battled the wind in exposed areas. The track initially climbs and then descends and then climbs and descends again to a bridge, with a small climb through bush, before emerging to the scree and rocky slopes that are characteristic of parts of the Round the Mountain track. Thereafter, no more shelter before reaching Oturere Hut.

We had a brew-up and a long lunch, out of the wind under the verandah, and explored the immediate environs. The view into the valley, headed by a cascading stream, out the front of the hut, just over the rocks, is amazing, as is the view looking back at Mt Ngauruhoe.

We headed back to Waihohonu Hut, and enjoyed a peaceful late afternoon. Most of our hut companions had moved on to their next destination. Another evening was spent playing Quidler, eating Paul’s pancakes, and other nibbles. 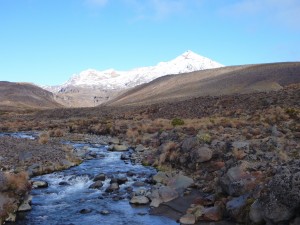 On Monday morning, some of us decided that we would like to walk to the Tukino Mountain Road, where Ted and Paul kindly moved our vehicles. This would give us a chance to walk through the arid landscape that is part of the Rangipo Desert.

This marked the end of the walk, still with amazing views of Mt Ruapehu, with more photos of course.