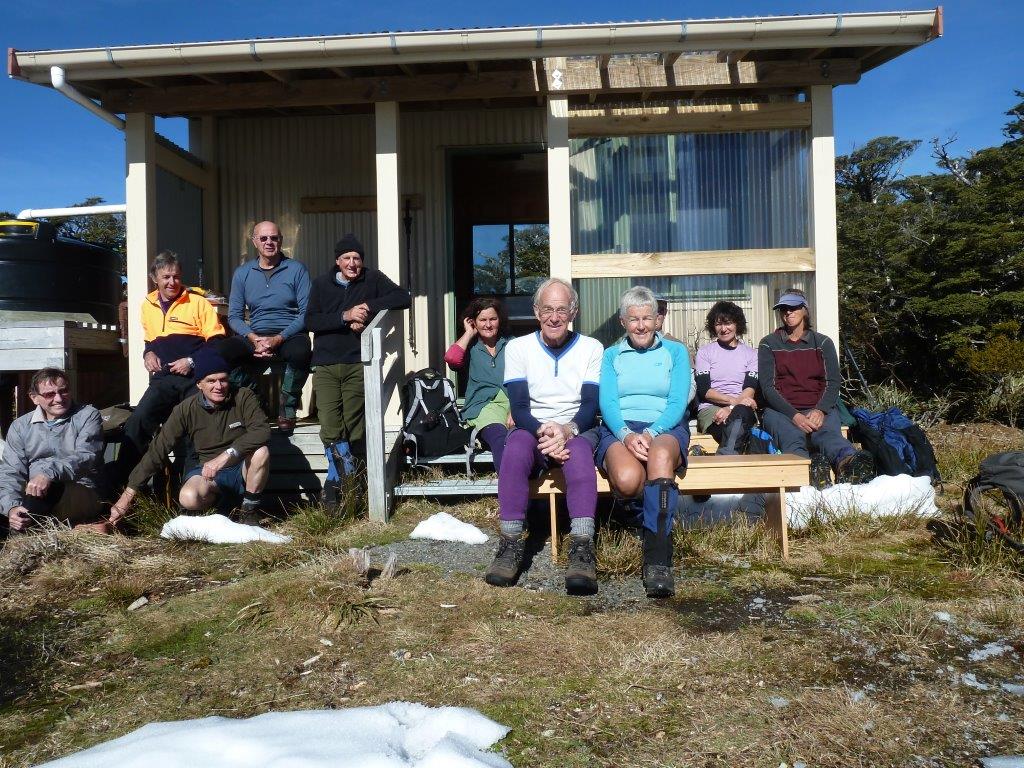 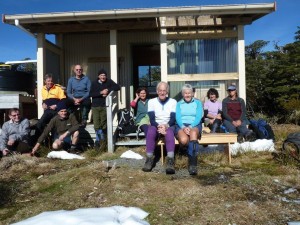 The new Parks Peak Hut was surrounded by patches of snow and bathed in glorious sunshine when we arrived round noon. The main party had negotiated the steep, 740m climb from Sentry Box Hut in just less than three hours, taking time out to marvel at the magnificent views of the snow-covered Ruahine Range, further west to Mt Ruapehu, and East over the Heretaunga Plains shrouded in fog. 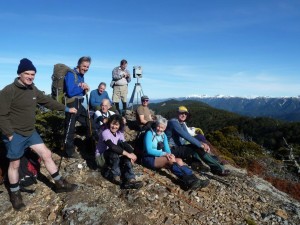 After a leisurely lunch in the sun, we retraced our steps along the ridge, in places through snow. On reaching the track junction, it was decided to continue on to the lookout point, Pohatuhaha. Here we met Ken and Vic who had made it to the trig and were enjoying the beautiful day. More photos were taken, especially by those who had not been before, then it was back to the track junction and the start of the long descent. The knees were aching by the time we arrived at the newly refurbished Sentry Box Hut. Some of our club members had worked on the project in recent weeks and it looks good. 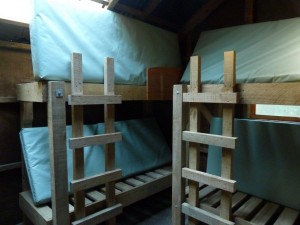 The sun had just sunk below the ridgeline making the temperature drop when the last of the group arrived at the vehicles; it was time to go home after another great day in the Ruahine Range.

Aranga Hut On Saturday 14 January the tramp was changed to a loop in the Northern Ruahine Range. … END_OF_DOCUMENT_TOKEN_TO_BE_REPLACED

Aranga Hut On Saturday 14 January the tramp was changed to a loop in the Northern Ruahine Range. … END_OF_DOCUMENT_TOKEN_TO_BE_REPLACED