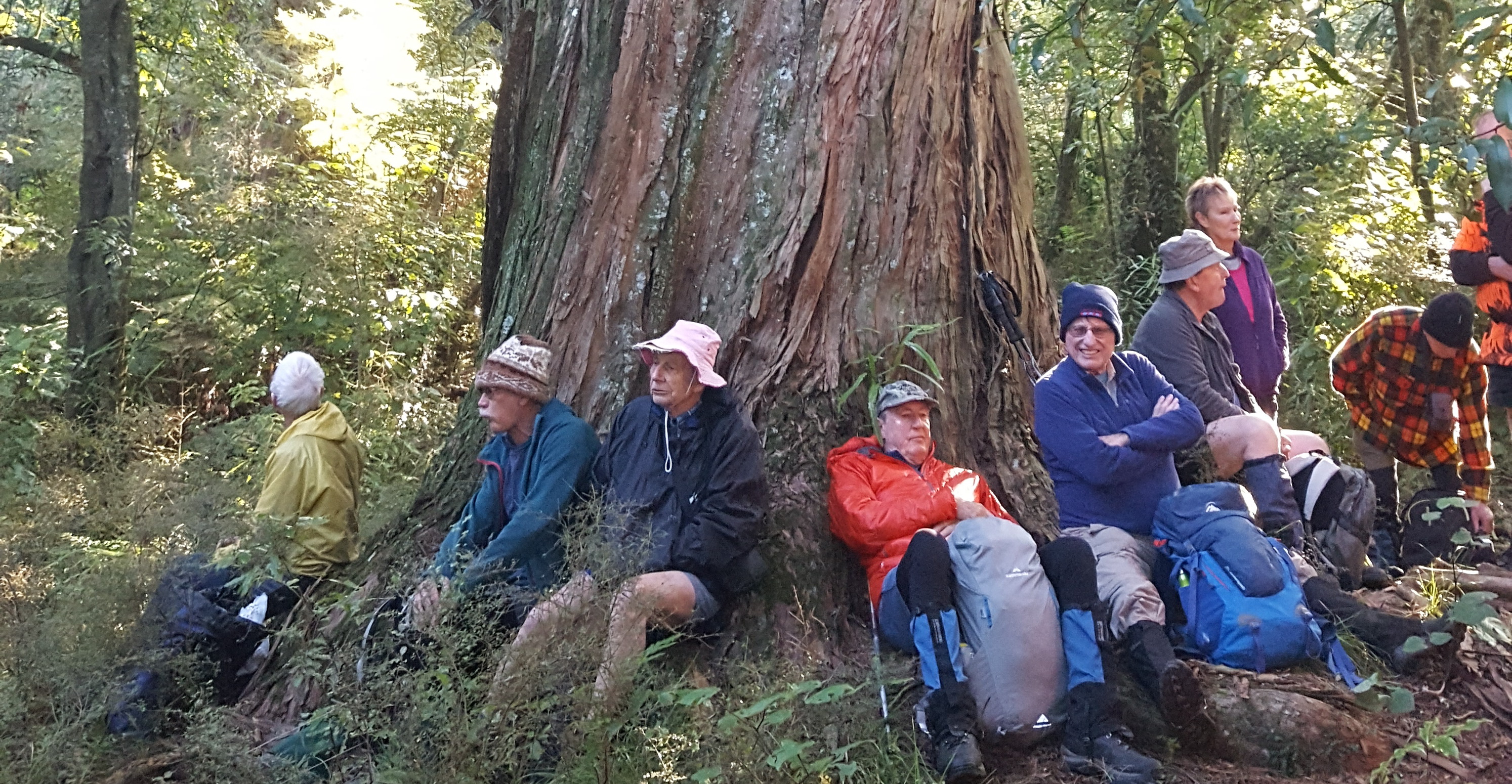 Access to Gallen’s Bush is through Ohuakura Road, off SH5, just before Te Pohue. We followed the road for 10 km and met our guide for the day, Ginger Wilson, whom Ted had organised to unlock the barrier gate which allowed us to drive almost to the hut instead of walking in from the road end.

Gallen’s Bush is protected by a QE2 covenant. We started the day with Ginger leading from the back, which helped keep everyone together. It was easy walking and along the way we saw destruction caused by wild pigs.

After we had crossed a suspension bridge, large trees started to appear including an ancient and massive cabbage tree which, although suffering the test of time, still looked majestic. Moving along the track, the totara trees were large and numerous, and then Ginger showed us the prize totara, which is the largest tree a lot of us had ever seen.

The group walked on down to the river but returned after Ginger said we would retrace our steps back as far as the ancient cabbage tree, then hop the fence onto the farm. Before that, though, the group decided to stop for morning tea.

I thought I would go ahead to photograph the giant totara and cabbage tree. After arriving at the cabbage tree, I realised I’d forgotten to inform the group of my intention, so headed back to where we had morning tea – and found the spot deserted. The others had decided to bush-bash across to the fenceline, not realising I had gone AWOL.

I headed back along the track and, hearing voices, shouted out and gained their attention. Ginger found me and we walked back to the cabbage tree, entered the farm and were reunited with the group. They mentioned that I might be interested in owning a shiny, copper ballcock trophy – gulp!* 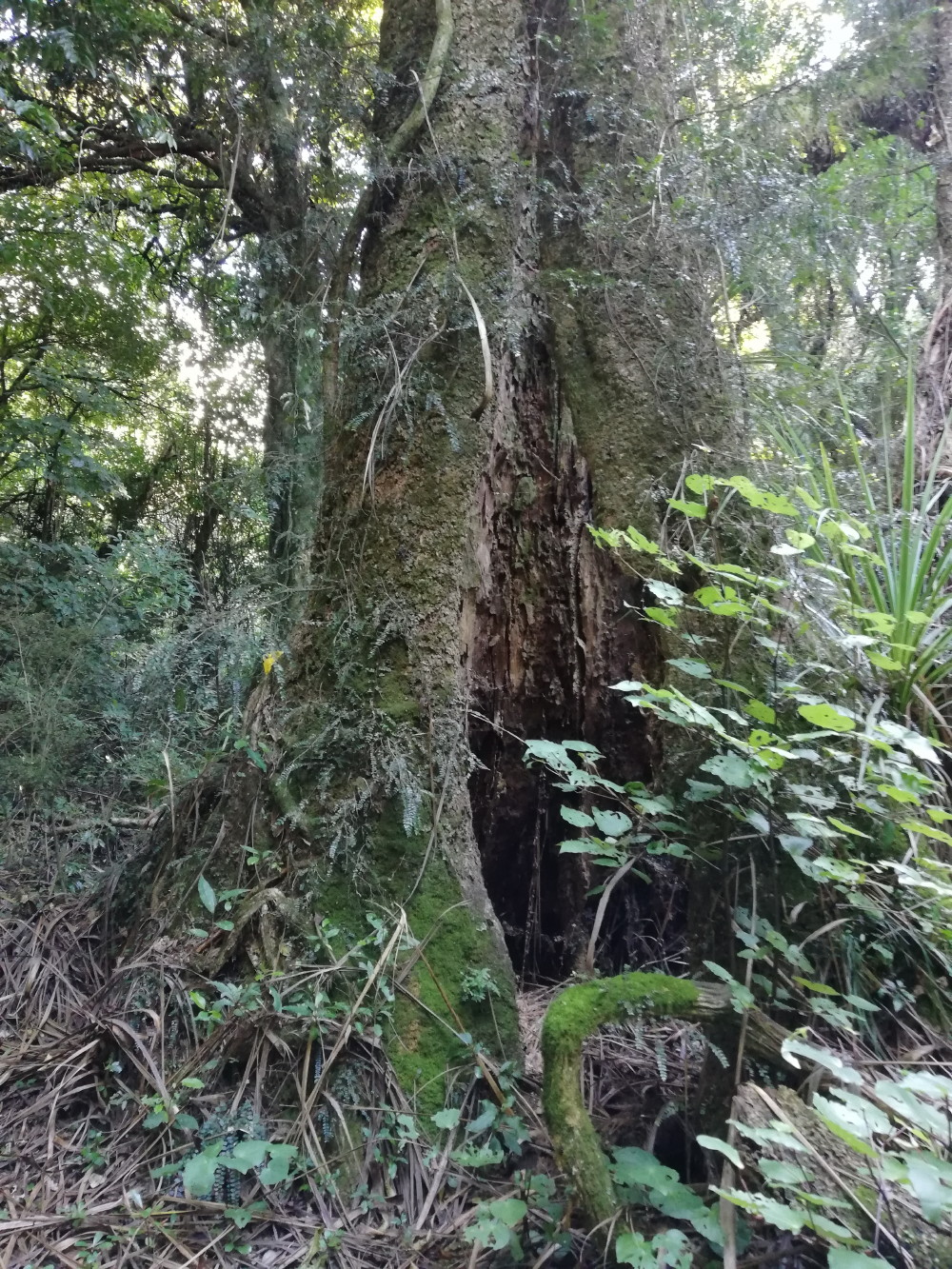 Can you believe that this is a cabbage tree?

Ginger took us along the fenceline to view a cascading waterfall and then we headed back through the farm which has a small power station, selling power to the main grid. By this time, the wind was almost gale-force so we found a sunny sheltered place for an early lunch.

After that, we had to ford a stream before heading back to the car park. Ginger invited us up to the hut for a brew and then escorted us back along the road so he could lock the gates. Driving back, Ginger comes to a sudden stop, leaps out of the car, catches a stray sheep, flips it on its back, opens the rear door and slides the sheep onto the back seat. He drives on, stops, lifts out the bewildered animal and carries it to a nearby paddock. Country Calendar was never this exciting. He must be Hawke’s Bay’s answer to Bear Grylls.

* For the uninitiated, the club’s Ballcock Trophy is occasionally awarded to a member who commits an interesting pratfall.