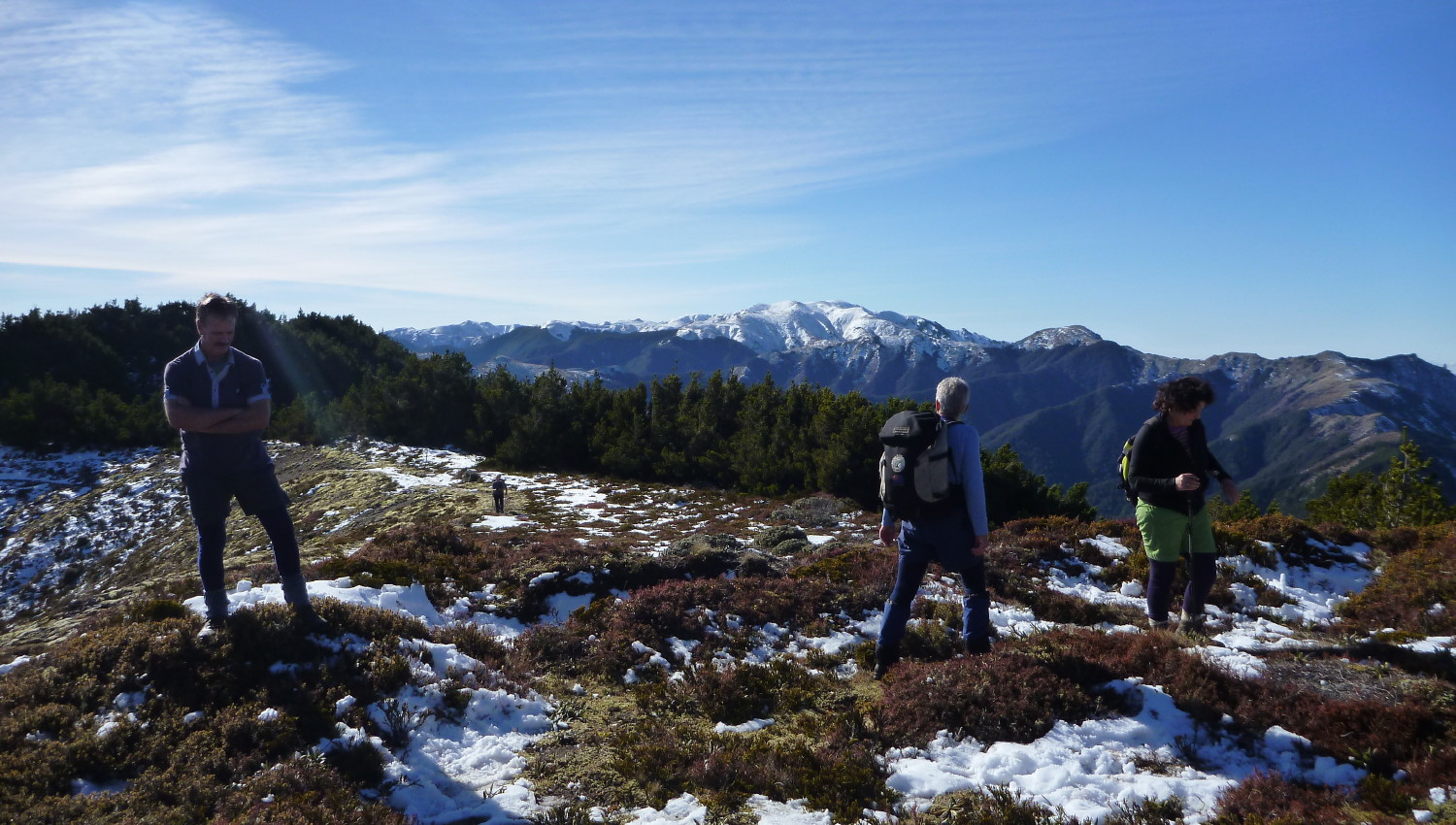 A group of 25 trampers arrived at the Lakes car park, Kuripapango at 9 am, on a beautiful clear and calm morning with lots of ground frost and fine ice crystals. Some morning mist blanketed the distant Kaweka valleys.

From the pine trees around the car park, the group ascended Kuripapango, the track often icy and carpeted with ice crystals in shaded areas. At the lower level, an assortment of pittosporums, kanuka, tree ferns and many forms of bracken and scrub grew. This gradually changed to mountain beech and pine remnants, as we neared the top of Kuripapango. 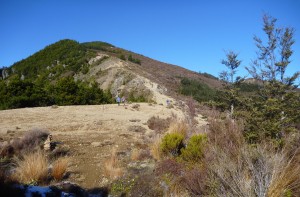 After a short walk along the Smith-Russell track to Kiwi Saddle Hut, the group suddenly exited the beech trees, and we were treated to panaramic views of Ruapehu, Ngauruhoe and the Kaimanawas, plus spectacular views of the snow-covered peaks of the Ruahines and Kairahahi. The track had some snow cover, and large patches of ice encouraged everyone to step carefully. 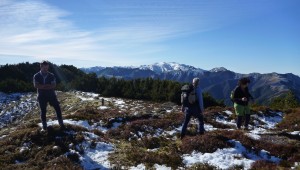 A 30-minute steep descent from the Cameron Hut/Kiwi Saddle Hut sign took us to lunchtime. Due to the cooler, tree-sheltered Kiwi Saddle Hut, we moved to a warmer, sunnier spot outdoors, overlooking a panoramic view of Ruapehu.

After lunch, the group retraced the route up the to the Smith-Russell track in sunny conditions. Here, the younger (and some older) members enjoyed snowball playtime, with observers having no immunity.

It was a day with many new to the tramping club and the stunning views, sunshine and calm conditions made the trip very enjoyable. After a rest stop below the Kuripapango aerial mast, the steep descent to the car park found many trampers quite weary and hoping they could still walk the following day…