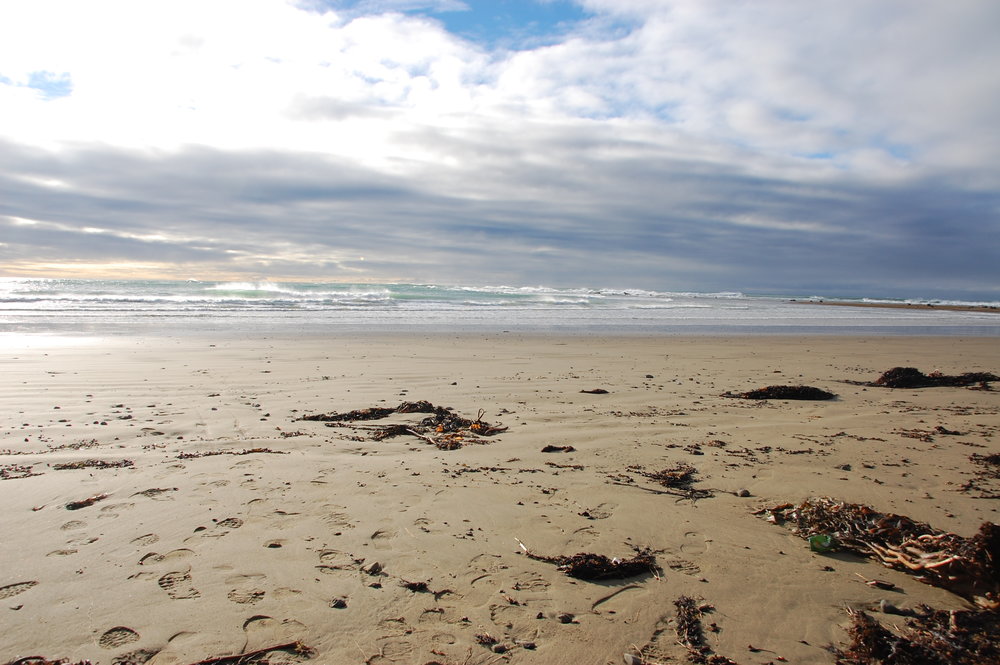 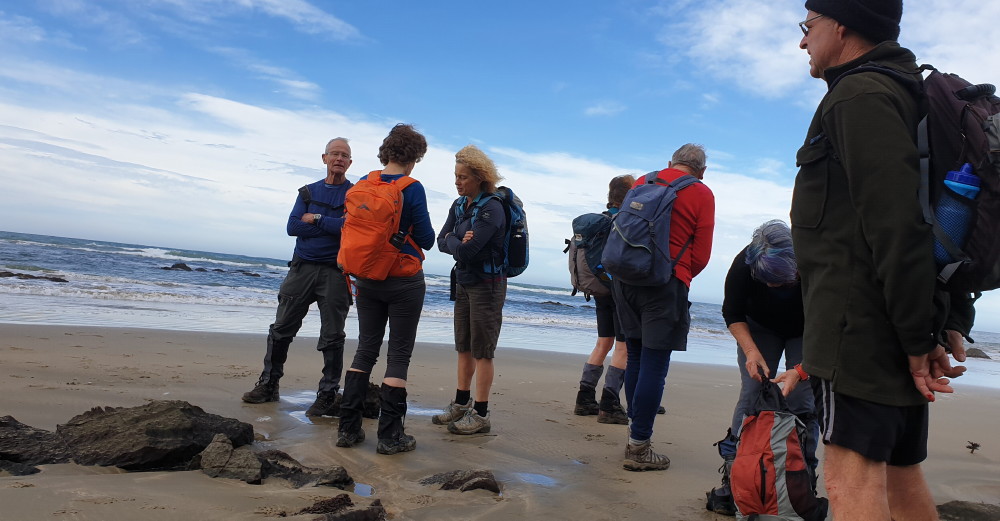 Even time for a chat

Seventeen arrived in two vehicles at 9am. Fourteen decided to do the walk and the others took the vehicles to Pourerere and then walked north to meet us. The weather was fine with a forecast of rain later in the day (which didn’t happen to us). The wind was from the north-east and quite chilly, considering it was supposed to be 19˚C.

It took Alison and the others 45 minutes to move the vehicles and start walking north. We met up with them at noon. They had battled a headwind all morning. From a distance, the main geographic feature was Paoanui Point and we knew we had to go around it. From afar, it looked rocky where we had to tread, but thankfully on approach it turned out to be sand. Hooray.

The hills against the beach are suffering badly from erosion, slumping (if that’s the right word) is evident everywhere and in some places there was massive subsidence with the debris reaching out beyond the high water mark.

Up close to the seal

We saw several seals, some in the sea and others on rocks. There was one adult up above us on a grassy ledge, no more than four metres away. It surprised me with a huff and growl before backing off to hide in the scrub.

We rounded the point and from there it was a sandy walk to Pourerere. Having kept dry feet all day, we had to cross a stream at Pourerere 50 metres from the vehicles and it was dry feet no more.

Many thanks to the drivers; without them to move the vehicles, we could not have done this tramp.

Aranga Hut On Saturday 14 January the tramp was changed to a loop in the Northern Ruahine Range. … END_OF_DOCUMENT_TOKEN_TO_BE_REPLACED

Aranga Hut On Saturday 14 January the tramp was changed to a loop in the Northern Ruahine Range. … END_OF_DOCUMENT_TOKEN_TO_BE_REPLACED