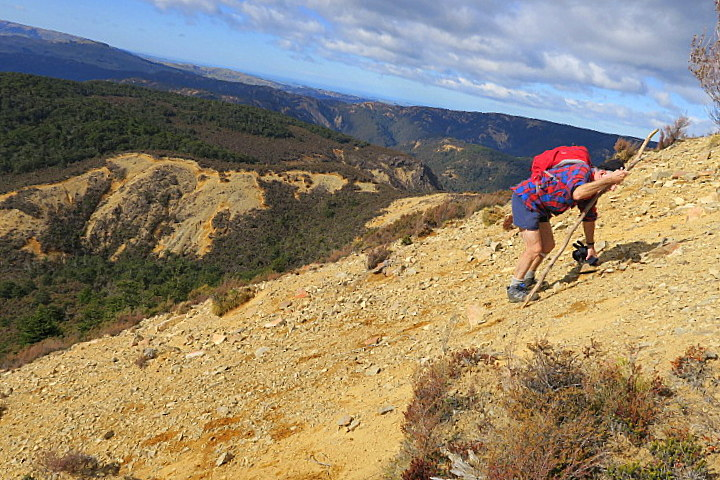 This trip replaced the scheduled A Frame/Stanfield Hut trip, because the weather forecast for the Kawekas was better than for the Ruahines. It was a good move because, despite a red sky when the fabulous four left Napier, they arrived at the Pink’s Hut car park under clear skies and a near double-figure temperature. 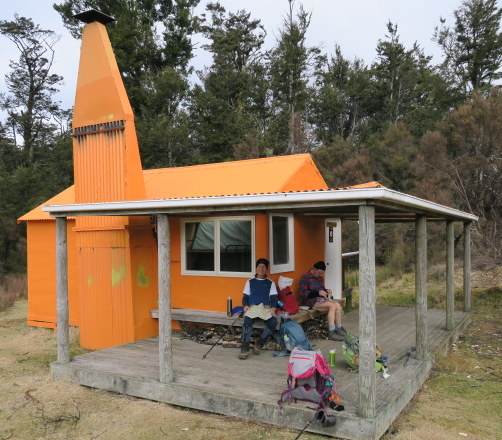 By the middle of the first steep climb, everyone had shed a layer, and they arrived at Middle Hill for a break after two hours, meeting up with the two club weekenders who were just finishing their break. They soon headed off up Camp Spur.

The next stage was to the Whetu peak, on the main range. One of the party, who had years before ascended Ihaka Spur, suggested that they ascend via the spur and perform a loop, descending by the more direct route of Camp Spur. This was backed up by another member, who had also previously tried out the route. It was agreed to go via Ihaka to the bushline and then assess the position.

Time obviously affects memory because, part-way up the spur, it became clearer why those who had been before had not repeated the route – in particular, a steepish face with loose soil and little vegetation to bind it. Having got past that, they found a flat spot for lunch. Because it was already near 1 pm, there was unanimous agreement not to continue to Whetu, but retrace steps to Middle Hill. 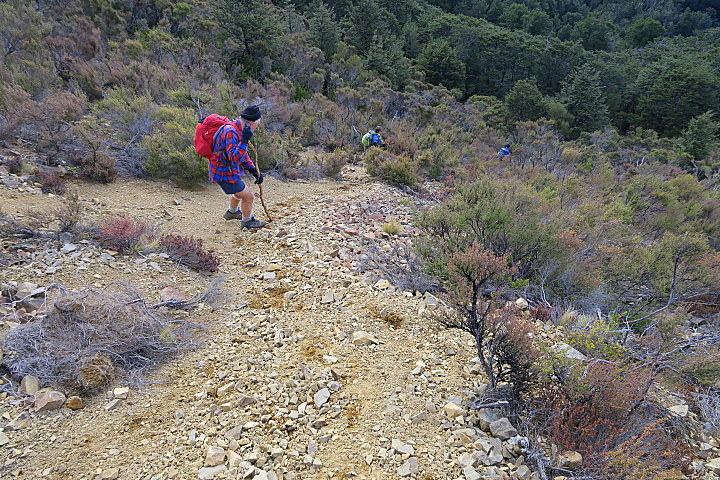 The open face was negotiated with such care that the bush below was reached in a different place than the marked track below it. With a little help from Mr GPS, the track was located and the group arrived back at Middle Hill to be welcomed by a barking dog.

Its owners appeared – two young women from Whakatane who had come down from Ballard, having gone there from Makahu the previous day. After a chat with them, and a snack, the party returned to the vehicle and arrived back to civilisation (now defined as good phone coverage) by 6 pm. Brilliant weather for the time of year.

Aranga Hut On Saturday 14 January the tramp was changed to a loop in the Northern Ruahine Range. … END_OF_DOCUMENT_TOKEN_TO_BE_REPLACED

Aranga Hut On Saturday 14 January the tramp was changed to a loop in the Northern Ruahine Range. … END_OF_DOCUMENT_TOKEN_TO_BE_REPLACED