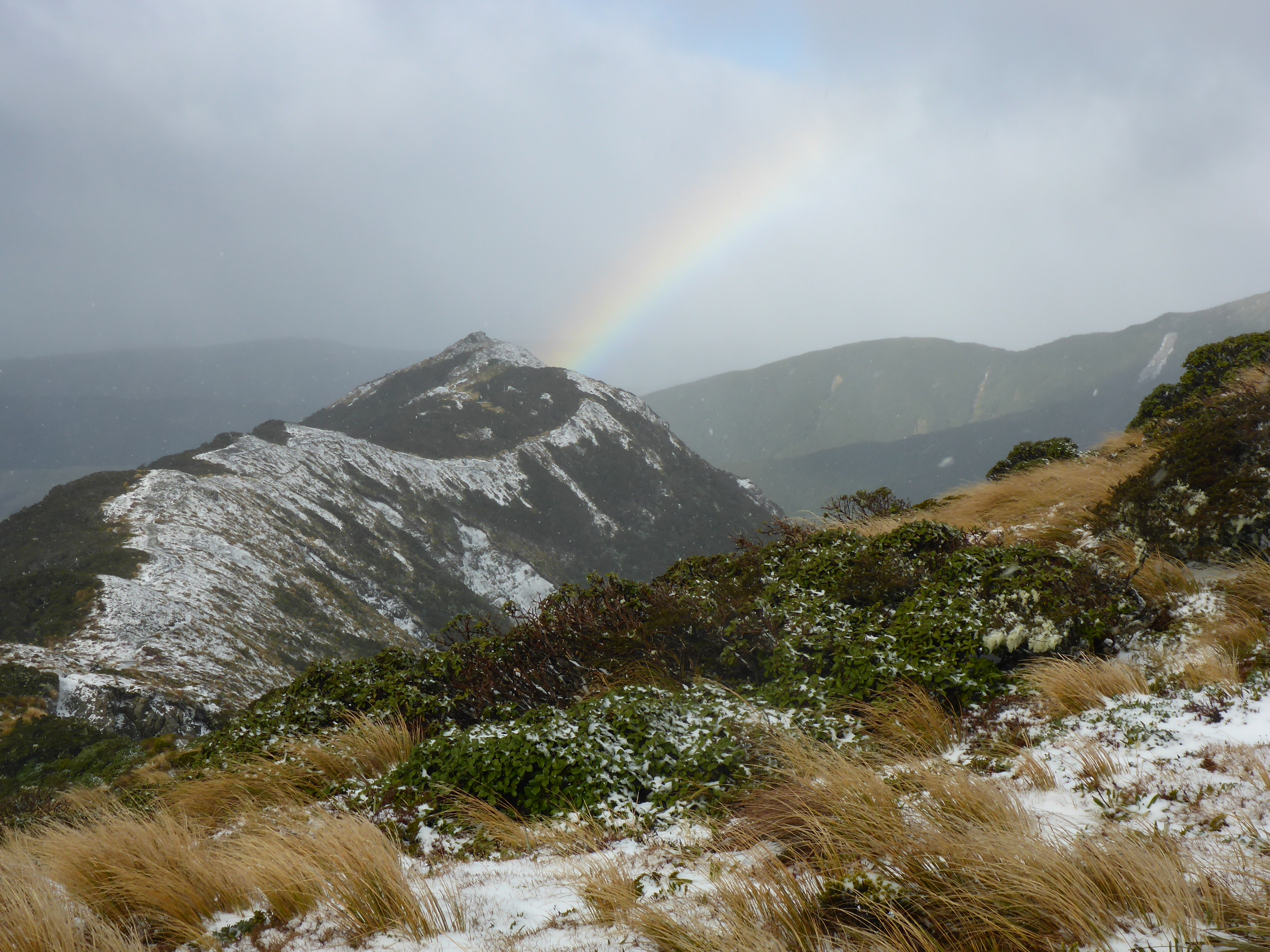 Nine of us left the car park at 8.30 in chilly temperatures and light drizzle, bound for Sunrise and Top Maropea huts. The tops looked pretty murky and our hearts sank as we envisaged a there-and-back trip with no views, no Armstrong Saddle, no Top Maropea and maybe no snow either (the whole point of going there at this time of year). 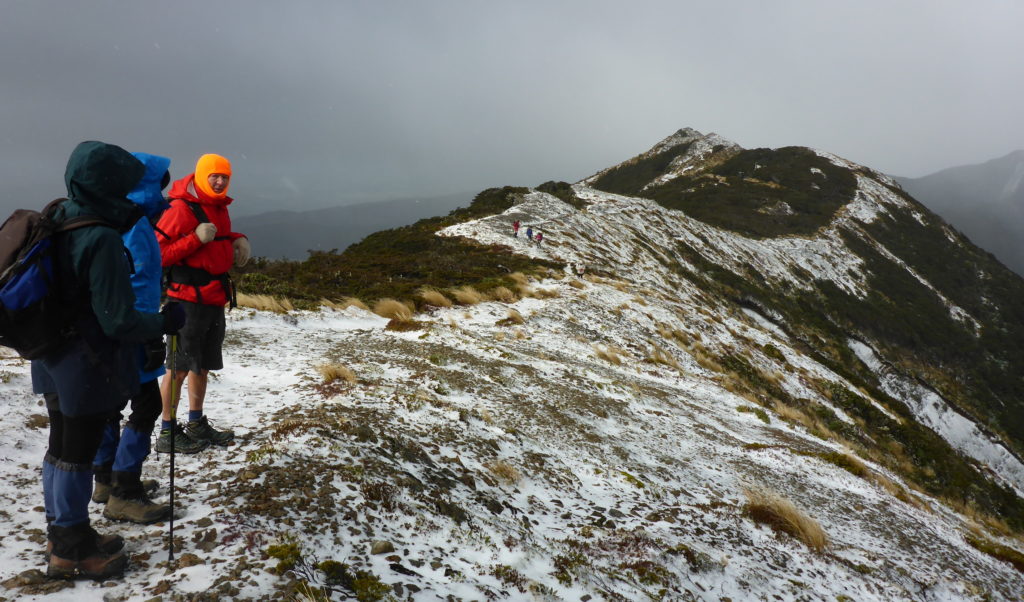 Someone has to check that the place is still there

We scampered up to Sunrise with no mucking around. It was wet and muddy underfoot in places and they’d clearly had a lot more rain than in town. Smaller branches littered the track after the previous night’s high winds. Patchy snow and swirling sleet met us higher up and the raincoats went on. Misty views down to the farmland below and a decent covering of snow surrounded the hut. As promised by the two lots of overnighters we’d passed on the way, the fire was still smouldering.

A bellbird was heard – a lost bellbird perhaps! Several people popped their heads over to check on the saddle and reported an icy breeze but nothing worse. After a leisurely morning tea, enhanced by Pauline’s yummy rocky road, we layered up and trudged across the saddle – it was looking all black and white and grey up ahead, quite broody with the snow clouds – while we averted our heads to avoid the stinging sleet. The tarns were slushy and partly frozen.

We clambered up to the signpost to survey the route up ahead (at least we could see it). We agreed it was possible but wouldn’t be pleasant so we reluctantly conceded and retraced our steps, along with yelps and laughter as the rearguard hurled a few snow balls around.

It snowed while we ate lunch, making a pretty picture outside and obscuring our earlier footsteps. Another lump of wood on the fire and it was time to hightail back down again, passing 14 people heading up for the night, a few kids among them.

Before 3pm, we were enclosed in the warmth and comfort of the Sawyers Arms at Tiko, pleased we’d found snow, got across the saddle – and Top Maropea would just have to wait for another day.

Aranga Hut On Saturday 14 January the tramp was changed to a loop in the Northern Ruahine Range. … END_OF_DOCUMENT_TOKEN_TO_BE_REPLACED

Aranga Hut On Saturday 14 January the tramp was changed to a loop in the Northern Ruahine Range. … END_OF_DOCUMENT_TOKEN_TO_BE_REPLACED