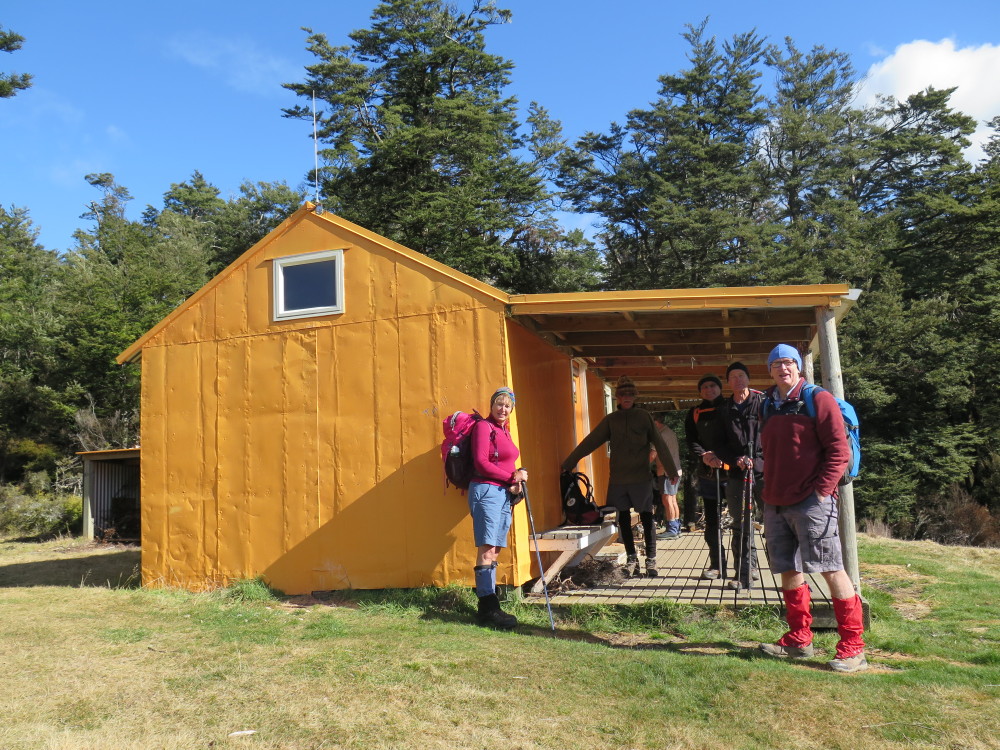 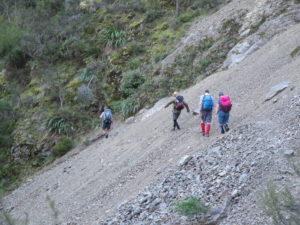 The sidle across the scree slip

Seven trampers headed off in two vehicles bound for Macintosh car park, on what was a very clear but windy day. From the car park, it is a very steep descent for 20 minutes to the Tutaekuri River where you cross the bridge to climb the other side as far as the scree slip. Then it’s down to the cross a little side stream before continuing the ascent to the plateau where the hut is nestled.

As we climbed this last section before the hut, the wind wasn’t too bad but as we levelled out it came on in full force and we had to make our way around a few downed trees. 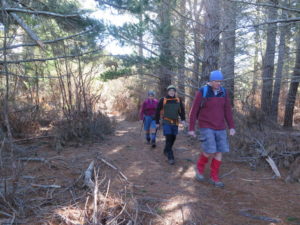 Heading back through the pinus contorta

We reached Macintosh Hut by 10 and although a bit early for lunch we had it anyway. After a stop of around 30 minutes or so, Sue’s car occupants headed back in the direction of the car park. About halfway back down from the tops, the rain started. It was to stay stay with us all the way to the car. Thanks to the rain, it was a pretty quick tramp back.

The second carload of Simon, Gossie and John had decided on a slightly longer tramp so went beyond the hut going north-west on for another half hour before they too decided to return to their vehicle.