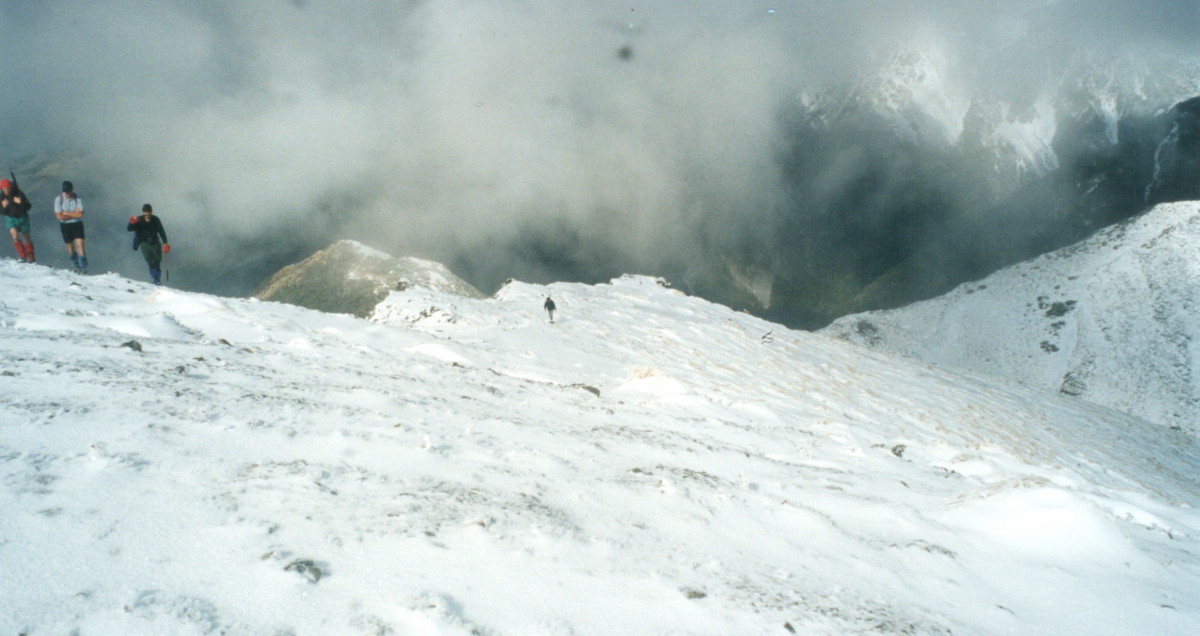 Twenty one keen people headed up Highway 50 and down Wakarara Road for a day’s tramp in the snow in the Armstrong Saddle area. The weather was looking good as we headed up to Sunrise Hut. Within about half an hour from the hut, we hit the first snow on the track which got thicker as we gained height. We arrived at the hut for smoko with snow and ice around. Two lots of gear were in the hut, but no one was in sight.

After a cuppa, we headed up to the saddle and then north to the high point near Patiki where we met the two trampers staying in the hut, with a dog scampering around. The views were good. We then headed down to the saddle and up towards Maropea.

We found a good place to make a slide and out came the plastic and survival bags. There was much yelling and excitement from a young lady with an English accent. A tall plumber pelted all those sliding with snowballs. We shan’t forget. 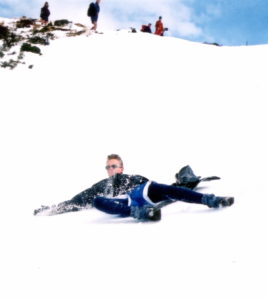 Some lunched in the sun on the snow, while some headed back to the hut for lunch. Afterwards, we carried on towards 66 and dropped into the north arm of the Waipawa River, going down a steep snowy slope to get into a massive shingle slide all covered in snow. It was an exciting run down the slide, with some preferring to travel down on their bums. 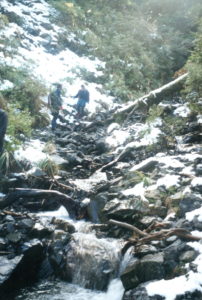 We carried on down to the Waipawa Chalet to show those who had not seen it and then went back to the track which led up to the Sunrise Track and down to the cars to be met by the others.

A quick change of clothes as the temperature started to drop, into the vehicles and home. A great day was had in the snow. Nice to see so many people out, especially the new members.

And here’s a little joke from the club records of 1999:

Sherlock Holmes and Dr Watson went on a camping trip. After a good meal and a bottle of excellent Port, they lay down for the night and went to sleep.

Some hours later, Holmes awoke and nudged his faithful friend. “Watson, look up at the sky and tell me what you see”.

“What does that tell you?”

Watson pondered for a minute. “Astronomically, it tells me that there are millions of galaxies and potentially billions of planets. Astrologically, I observe that Saturn is in Leo. Horologically, I deduce that the time is approximately a quarter past three. Theologically, I can see that God is all powerful and that we are small and insignificant. Meteorologically, I suspect that we will have a beautiful day tomorrow. What does it tell you?”

Holmes was silent for a minute, then spoke:

“Watson, some bastard has stolen our tent.”

Aranga Hut On Saturday 14 January the tramp was changed to a loop in the Northern Ruahine Range. … END_OF_DOCUMENT_TOKEN_TO_BE_REPLACED

Aranga Hut On Saturday 14 January the tramp was changed to a loop in the Northern Ruahine Range. … END_OF_DOCUMENT_TOKEN_TO_BE_REPLACED