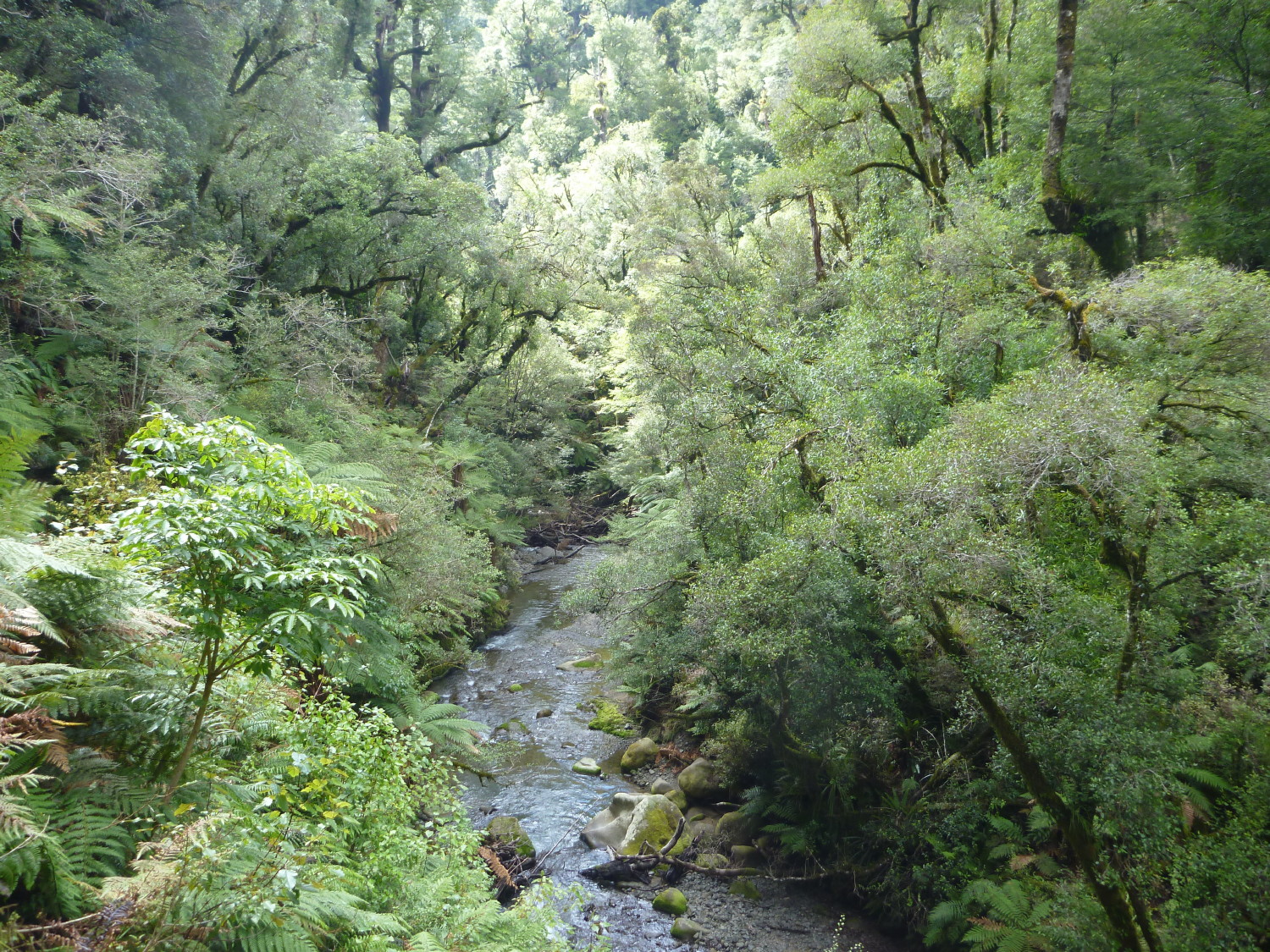 Two cars carrying the overnighters and a van with six day walkers set off in good weather in the direction of Taupo, with Whirinaki Forest Park as target.

The programme was to make our way to Plateau Road from Pukahunui Road end, but closer to target we decided to change the direction of the walk and start from Plateau Road and avoid a steep climb at the end of the day. 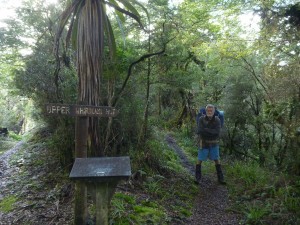 A little after 9am, we were under way, joined by Julia and Les, who decided to go for an extended trip and walk to Upper Te Hoe hut from the Plateau Road. We made sure to fill in the DoC register at the crossing, now that we know this to be crucial in the preservation of our walking tracks. 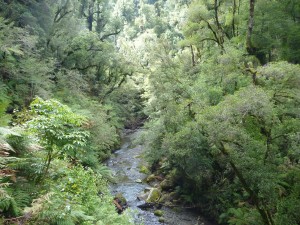 Through beautiful forest, we made our way down to the river, which we reached around 11.00 after a short morning tea stop. Some decided to try to keep their feet dry on the first crossing, but remembering the number of crossings from a previous time, I couldn’t be bothered. River crossing after river crossing, we made our way to a nice lunch spot in the sun.

From there, I was sure that it was only a short climb back up to the turn-off. Was I wrong or what? After a gazillion of corners and seeing the blue sky through the forest tops, Colin and I decided it was a mere five minutes to the top. And sure enough, half an hour later we were all happy to see the turn-off.

From there, the path descends gradually through forest and grassy patches. We took our time and stopped regularly for drinks and snacks. After close to two hours, we spotted the van. Some of us suddenly found a fifth gear and just about ran to the van, which we all reached by 4.30. It’s a nice loop walk, but quite a bit longer than I could remember. Nevertheless, I always enjoy Whirinaki – so different from the Kawekas or the Ruahines.

Thank you to Colin for the safe drive back to Napier. Another good day in paradise.

A year in the life of a GuideOn June 3, Graham Leech gave a presentation at the club meeting … END_OF_DOCUMENT_TOKEN_TO_BE_REPLACED

A year in the life of a GuideOn June 3, Graham Leech gave a presentation at the club meeting … END_OF_DOCUMENT_TOKEN_TO_BE_REPLACED