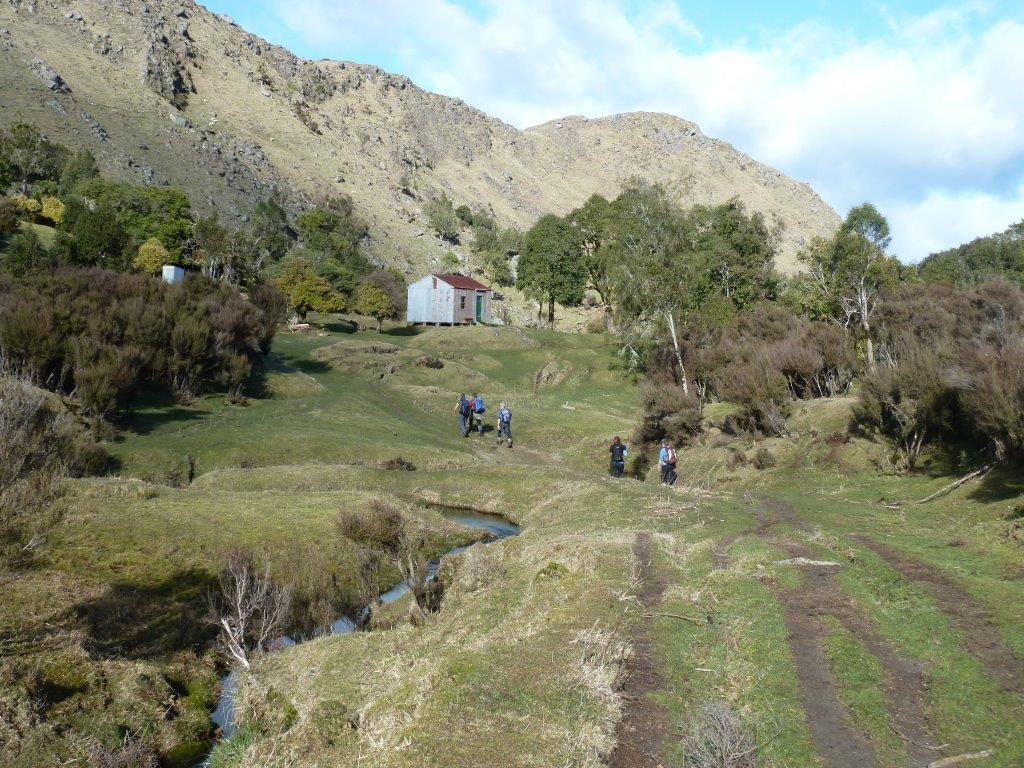 A better than expected morning promised a good day for our tramp to the Maungaharuru Range. Driving over the Napier-Taupo road, there was little sign of last week’s snow, just frost in shady areas. We turned down Waitara, then Brooks Rd, parking at Lloyd Holloway’s farm.

Following farm tracks, we made our way over the farm, climbing a couple of hundred metres to Galbraith Hut. This quaint hut sits on a shelf at round 850m overlooking the Mohaka valley and further west to the Kaweka Range. Remnants of newspapers dating back to the 50s and 60s still cover the walls and Princess Margaret still sits serenely overlooking proceedings.

Morning tea outside in the sun, it would have been very easy to just stay and soak it up, but the lunch spot was beckoning. 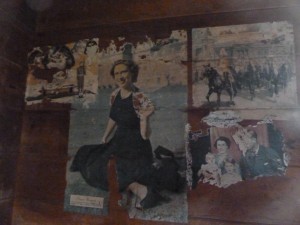 From the hut, we followed more farm tracks round the shoulder of a ridge and into the next valley. Partly snow-covered Taraponui loomed large on our left as we made a beeline for the saddle and fenceline at the head of the valley. The last couple of hundred metres are pretty steep but once there we regrouped, sheltering in a hollow out of the cold southwest wind.

From this point, only nine decided to carry on, the rest returning to the hut for a leisurely lunch. We now had great views of the rolling countryside and sea to the east, which is so different to the steep jagged cliffs that lead down to the Mohaka River on the west side of the range. The last climb up to the big communication tower seemed a lot easier this time, arriving there at just after 12pm. After the compulsory photo at the trig (1306m) we settled down beside the small building in the sun and out of the wind for our well-deserved lunch. 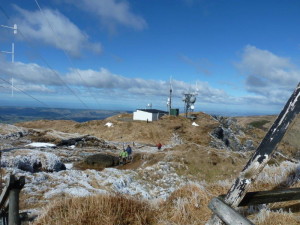 The communication tower on Taraponui

All too soon, it was time to wander down, catching up with the last of the group just before the farm buildings. Fabulous 360 degree views make the 700m climb worthwhile; add some ice and snow for effect and it makes for a great tramp.