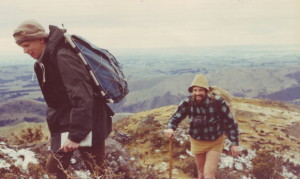 A tramp in 1976. Trampers are: Ross Keating and Peter Lewis

Napier Tramping Club is 40 years old this year. The club’s first tramp was to Kaweka J, in the Kaweka Forest Park on October 5, 1974.

The invitation has now been sent out to all club members (August 17th). The invite is attached. NTC invite Current and former members are invited to celebrate the 40-year milestone, either on the tramp or at the club’s anniversary dinner – or both!

If you are unable to view this pdf file, then you need to install Adobe reader. Link to download this is www.get.adobe.com/reader

If you are attending the dinner, we request payment in advance either by cheque made out to Napier Tramping Club and posted to 1395 Puketitiri Road, RD4, Napier 4184 or via internet banking to the following account: Westpac, Napier Subbranch, Account No 03 1517 0018902-26, marked Dinner for our reference. 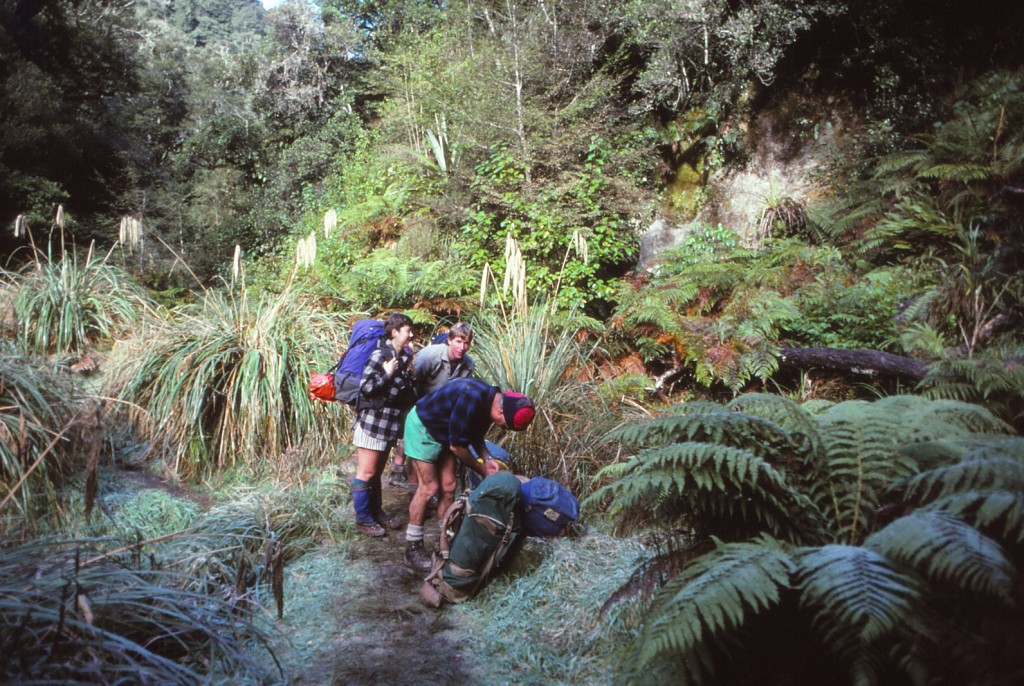 Tell everybody uTRAMP!
Are you displaying the iTramp bumper sticker? The motif doesn’t replace the logo created in 1974, but is intended to promote the club. Stickers are available from Julia Mackie, and business cards from John Dobbs. Let’s show ourselves off to the world!

A year in the life of a GuideOn June 3, Graham Leech gave a presentation at the club meeting … END_OF_DOCUMENT_TOKEN_TO_BE_REPLACED

A year in the life of a GuideOn June 3, Graham Leech gave a presentation at the club meeting … END_OF_DOCUMENT_TOKEN_TO_BE_REPLACED