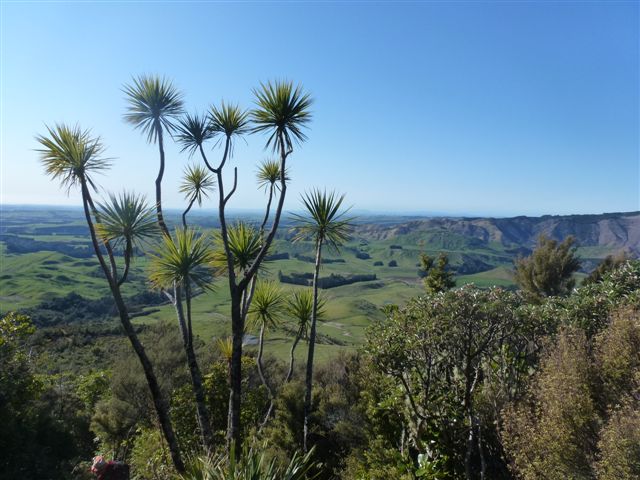 There was thick ice on the puddles as we drove in to Masters Shelter on Mangleton Road but the sky was clear and there was no wind. So expectations of the ten of us were high for a good day’s tramp. This trip is typical of most Ruahine tramps: lots of up to begin with. The Golden Crown Ridge is a steady up rather than a steep up so we were able to enjoy the views out over southern Hawke’s Bay, the Wakararas and the big hill of Big Hill Station. 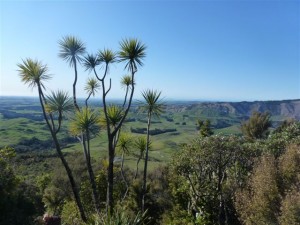 The track is firstly in good regenerating bush, then open scree slopes before entering mature beech forest near the top of the climb, where it levels off to easy undulations. At the junction, the track goes right to No Mans. Near the top, you can look across to a high waterfall being Masters Stream as it starts its descent.

No Mans Hut was the nominal target for the day but nobody actually got that far. We split up into groups and each enjoyed lunch at various points along the track before returning down to the start point.

We were in good time so had a chance for a coffee and to share our happy thoughts after a good day of exercise in the wide openness of this tramp, before the trip home.

Contents: NTC AGM is on Thursday May 5th. There will be supper after the meeting. Club Meeting … END_OF_DOCUMENT_TOKEN_TO_BE_REPLACED

Contents: NTC AGM is on Thursday May 5th. There will be supper after the meeting. Club Meeting … END_OF_DOCUMENT_TOKEN_TO_BE_REPLACED