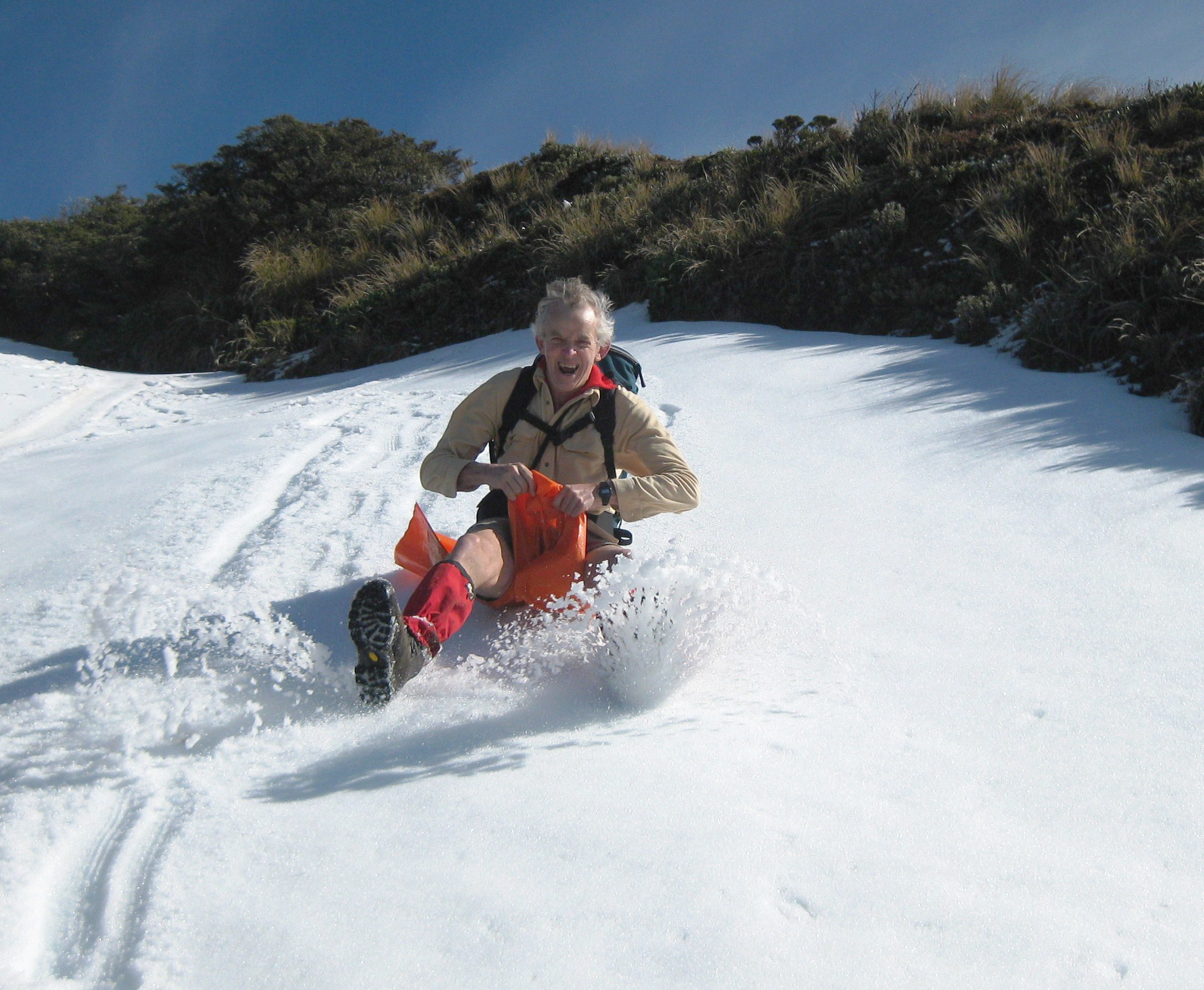 Sunrise Hut – always an alternative when it’s been raining for several weeks and the rivers are swollen. Poutaki Hut was out of the picture and the second choice of Gold Creek meant cold bush and no views. So an executive decision was made in the van to walk to Sunrise and beyond. Since one person hadn’t been past Sunrise, and with exceptional weather, it was agreed upon. 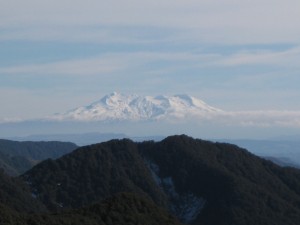 Up the track we went, arriving in good time at Sunrise for morning tea. To our horror, we found the warden’s quarters boarded up. We talked to a DoC volunteer who told us about the recent break-in; thank goodness another tramper rang DoC to inform them and the culprit was caught at Triplex, loot and all. What people will do for some tinned food!

After chatting for some time with the warden, we made our way up windless Armstrong Saddle and along to the Top Marapea sign. There was still some snow and ice lying around. Stunning views to the mountains and over southern Hawke’s Bay. 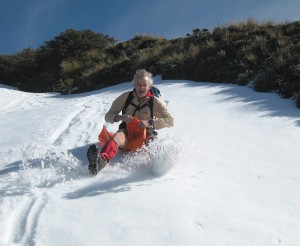 Before the cloud cover came over, we made our way back to Sunrise for lunch. Paul decided he would ski the large section of snow. He did this well. Mark pulled his small bum-plastic out and sled down, although he didn’t go as far as Paul. Then Geoff decided it was his turn. He wanted to show us how it’s done and pulled out his bivvy bag so it provided him with a steering grip too. He took off, only managed to go several metres, and with poor steering ended up going off piste and ploughing into the photographer! Isobel was wiped off her feet and both ended up in the mud. What a giggle!

When we arrived back at the hut, there were plenty of people sitting in the sun but there was no gas so some were struggling to heat the billy over a fire of wet wood.

A pleasant easy day out that doesn’t harm us from time to time. Drinks at Tikokino and home by 3pm.