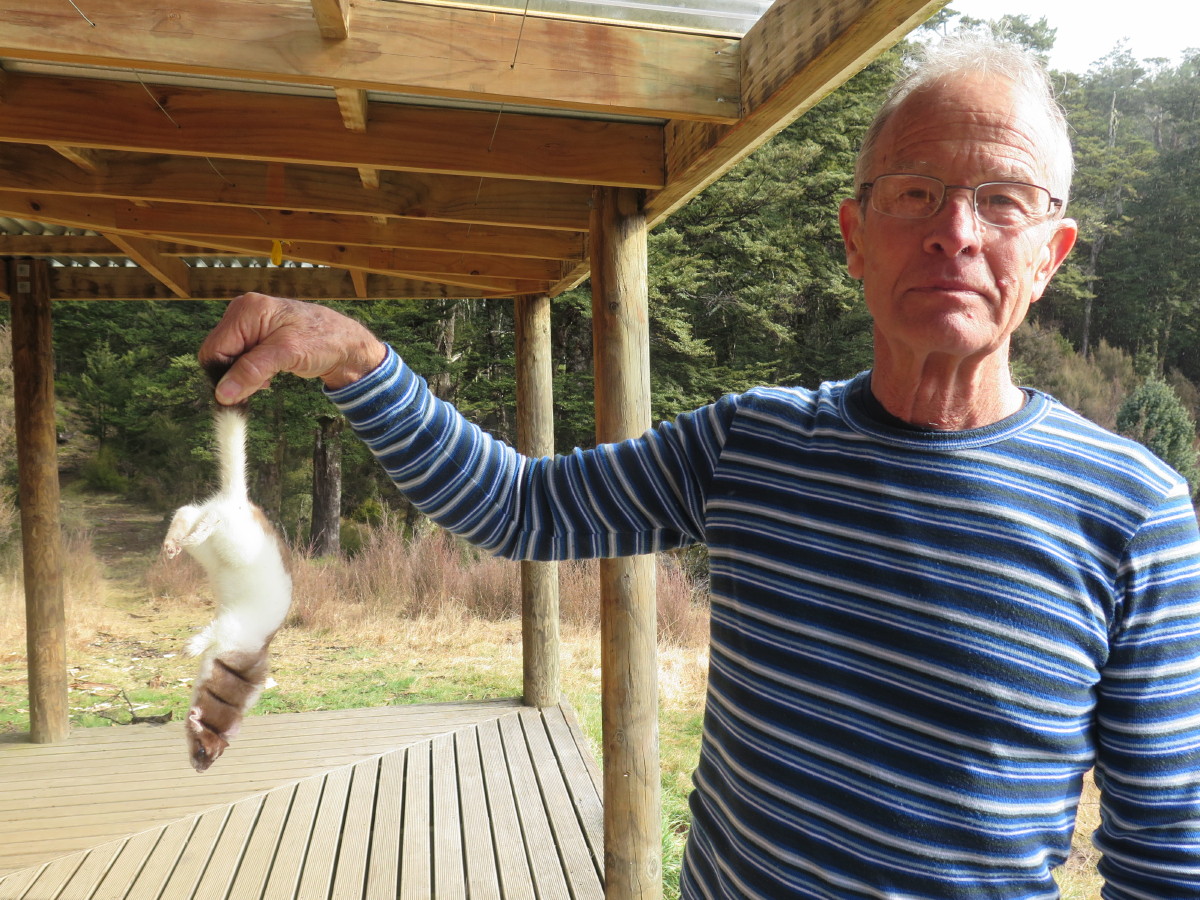 It’s a steep descent to the bridge across the Tutaekuri, followed by an ascent back up to the plateau. Once you are on the level, the track goes through mostly contorta, manuka and beech. 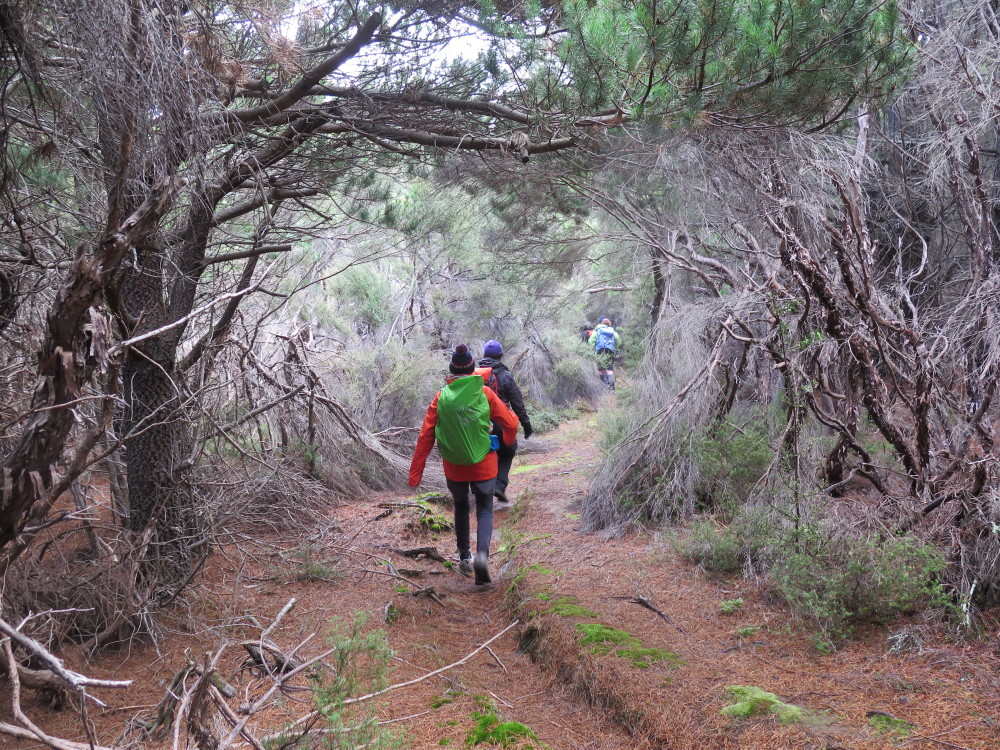 We arrived at the hut in time for morning tea at 10.20. A ferret (or was it a stoat?) awaited us in the trap. I was the only one game to remove it and reset the trap. Hilary’s pruning saw and hat were located, and then all but one of us were away. Tony had decided to head back to Mackintosh car park and in doing so would later transfer the van to Lakes car park. Vic would be travelling back with him after doing a walk down to the bridge then back up.

Rain set in, so we donned coats and headed off through bush scrub and contorta. Coats came off and on as the sun came and went. A lunch spot was found under the shelter of some pines, but there was a cold wind so it was a quick stop. Gossie was determined to take the old track once we got down to a stream; but in ignoring advice from his cousin, he missed the start of the old route and stayed with us to the end of the tramp. 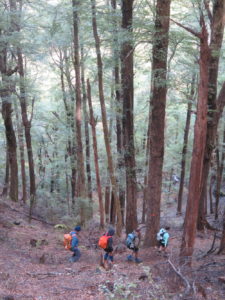 With a few down/up hills

A brief stop was had at the old Kaweka Hut site then we were back into it. A few stream crossings later and a very steep down then up, and we crossed the Tutaekuri to a 4-wheel track that takes you all the way to Lakes car park where Tony and Vic awaited with the van.

Once inside, we sang a happy birthday to Jenny and headed back to Napier, hoping the weather would be better there. But it wasn’t.

Thanks to the trip organiser and driver, Marie D.

Editor’s note: Stoats have a brown back and pale belly, and bushy tail with a black tip. They are 34–40 cm long including tail.

Aranga Hut On Saturday 14 January the tramp was changed to a loop in the Northern Ruahine Range. … END_OF_DOCUMENT_TOKEN_TO_BE_REPLACED

Aranga Hut On Saturday 14 January the tramp was changed to a loop in the Northern Ruahine Range. … END_OF_DOCUMENT_TOKEN_TO_BE_REPLACED