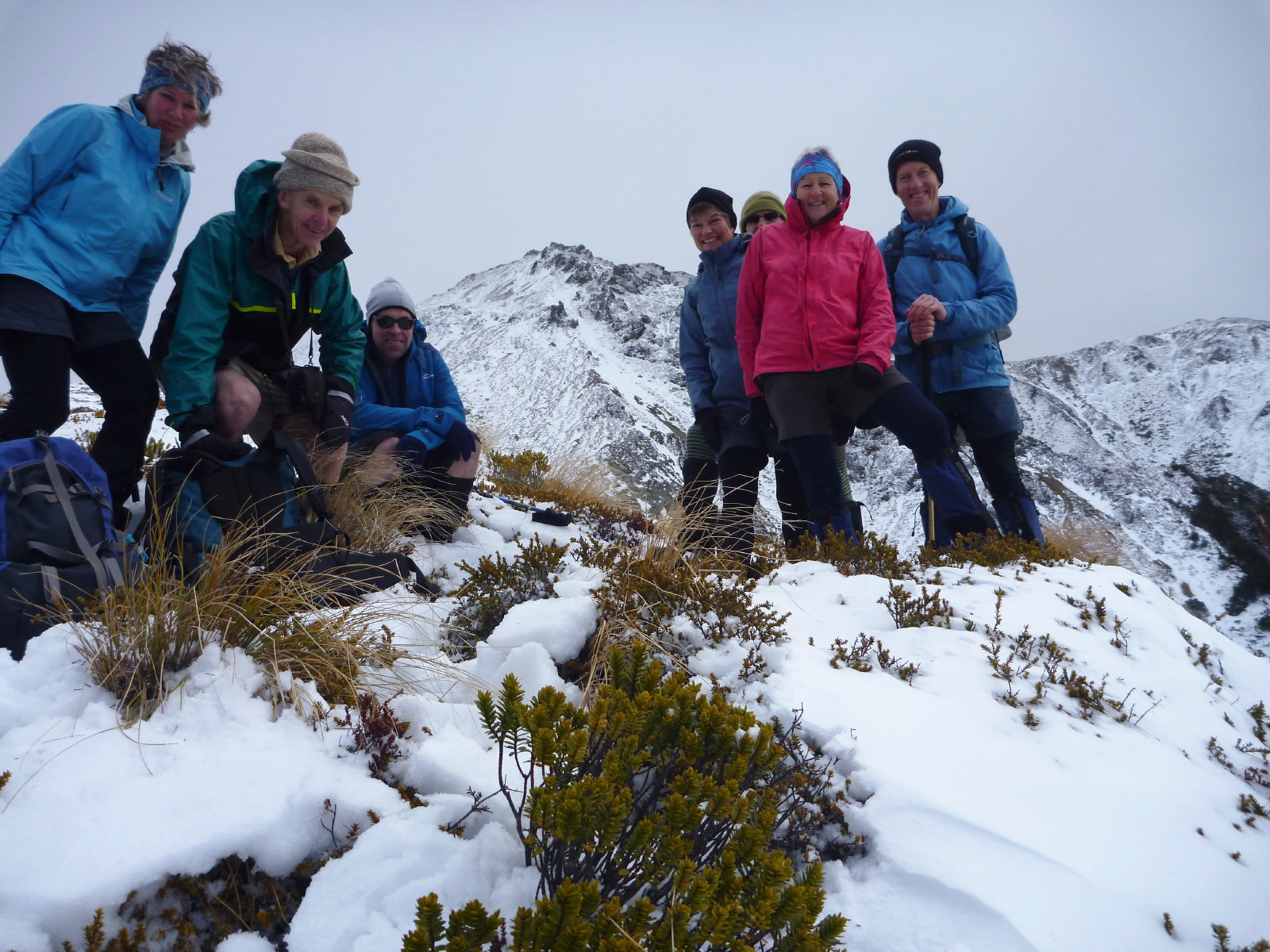 It was a good, clear day and, on the drive into the Kawekas, we could see snow way down low on the Maungahururus.

The stream was running high and just below the ford’s red line, but it was OK to cross in the van. At Middle Hill car park, we split up. A group of four took the van to the Gums and went to Te Puia Lodge, the remaining 11 walked across frosty ground to a white-coated bridge before starting to climb. 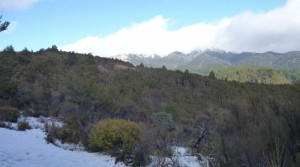 The early view of the Kaweka tops in cloud

Further up, we could see snow on the farmland on the other side of Mohaka River, but the tops were in cloud. We saw that three of the traps had successfully nabbed a rat and two weasels. We decided to leave the clearance to the experienced trappers.

Middle Hill Hut was surrounded by a light covering of snow, and the interior was clean.

After a break at the hut, we headed up the track to Kaweka Flats Bivvy/Ballard Hut. Camp Spur is the ridge track to head up to Whetu, and Ballard Hut. As we climbed, the snow got deeper and the trees got shorter. We finally reached the bushline.

The wind was not too strong so we were able to have lunch there, with good views all around.

Lunch was followed by people taking “selfies” or at least getting someone else to take a picture of them using their own camera.

The tops were still in cloud, and the wind was chilly, so instead of heading further up, we decided to turn around and make the quick descent to the turn-off and Middle Hill Hut. 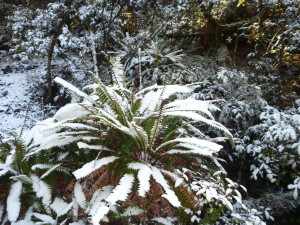 After the snack break, and discussions about John’s new Nikon camera, we headed back along the track through the beech forest.

Heading back to the van, we saw that the cloud had finally lifted from the tops, but the snow on the farmland had gone.

It was warm going down until we got out of the sun.

The van was back from the Gums and after a quick change, we drove back to town, getting there before dark.